While there is at least a year before the Zen 4 architecture processors are on the market, more advanced technologies have already started to be talked about. Details on the next-generation EPYC Turin processors based on AMD’s Zen 5 architecture were shared by ExecutableFix and Greymon55.

The incoming information is based on the TDPs and core counts we can expect from the first server chips powered by the new Zen architecture. The AMD 5th generation EPYC family, codenamed Turin, will replace the Genoa series but will be compatible with the SP5 platform.

AMD can use packedollarseme designs we’ve never seen before in its Turin series server CPUs. The new chips will be an evolution of the stacked 3D Chiplet designs we’ll see in EPYC Milan-X CPUs this year. On the other hand, considering that new chips will be released years later, it can be expected that the EPYC family will have multiple CCD and cache patterns.

It is stated that Zen 4-based AMD Genoa CPUs have up to 96 cores. In the renewed Bergamo series, which also has the same Zen 4 architecture, the maximum number of cores will be up to 128. 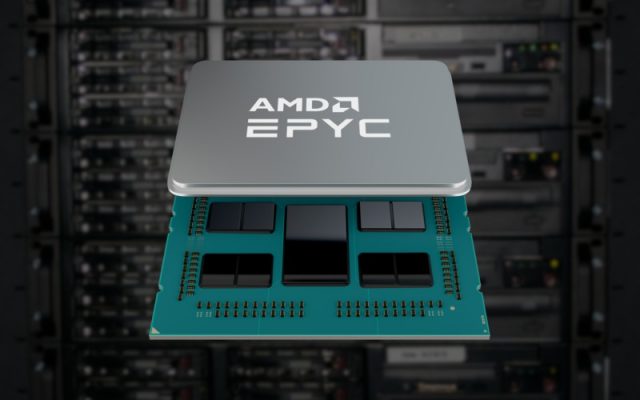 It is said that the Red team can offer up to 256 cores in a single processor with Turin and use PCIe Gen 6.0 technology with it. On the other hand, it is stated that the EPYC Turin CPUs will offer two configurations, 256 cores and 512 threads, as well as a 192 core and 384 thread variant.

It will be interesting to see what AMD does to offer 2x more cores than Bergamo and Genoa in the same SP5 socket. There are two ways the company can do this. The first is to offer twice as many cores per CCD (Core Complex Die).

Currently, AMD Zen 3 and Zen 4 processors have 8 cores per CCD. If 16 cores can be fitted per CCD, it may be possible to see these expected configurations. Moore’s Law is Dead revealed a brand new package layout with up to 16 CCDs on the SP5 socket in a previous rumor.

The second option is the company’s technique of stacking CCD on CCD with interconnects. AMD can do this for both 192 and 256 core processors. Since each CCD combines 8 cores, a total of 16 cores can be obtained when two CCDs are placed on top of each other.

It is among the information that the EPYC Turin family, which is expected to have 3nm production technology, will have a maximum configuration of up to 600W. Upcoming 96-core EPYC Genoa CPUs will have cTDPs of up to 400W. In addition, the new SP5 socket is said to be able to provide up to 700W of power.