As you know, YouTube currently allows us to add comments by typing the minute and second in the comments section. However, with the reports shared today, we see YouTube working on a brand new comment feature for mobile devices.

Thanks to this feature that started to be tested on mobile devices, users they can comment on the second they are watching while watching a video is expressed. In fact, a similar feature of this feature is available in the SoundCloud application. As you know, in this application, users can add their comments to a certain second of their music and share these comments with other users.

Google, on the other hand, plans to bring a similar feature to YouTube’s Android and iOS versions, thus allowing us to add comments to a certain second of the video we watch. In this way, users will be able to share information about that second of the video they watched with other users.

For now, nothing is known about how this feature is currently being tested or how it will work. However, with the visual prepared by the Android Police team, we are witnessing how this feature will work more or less. 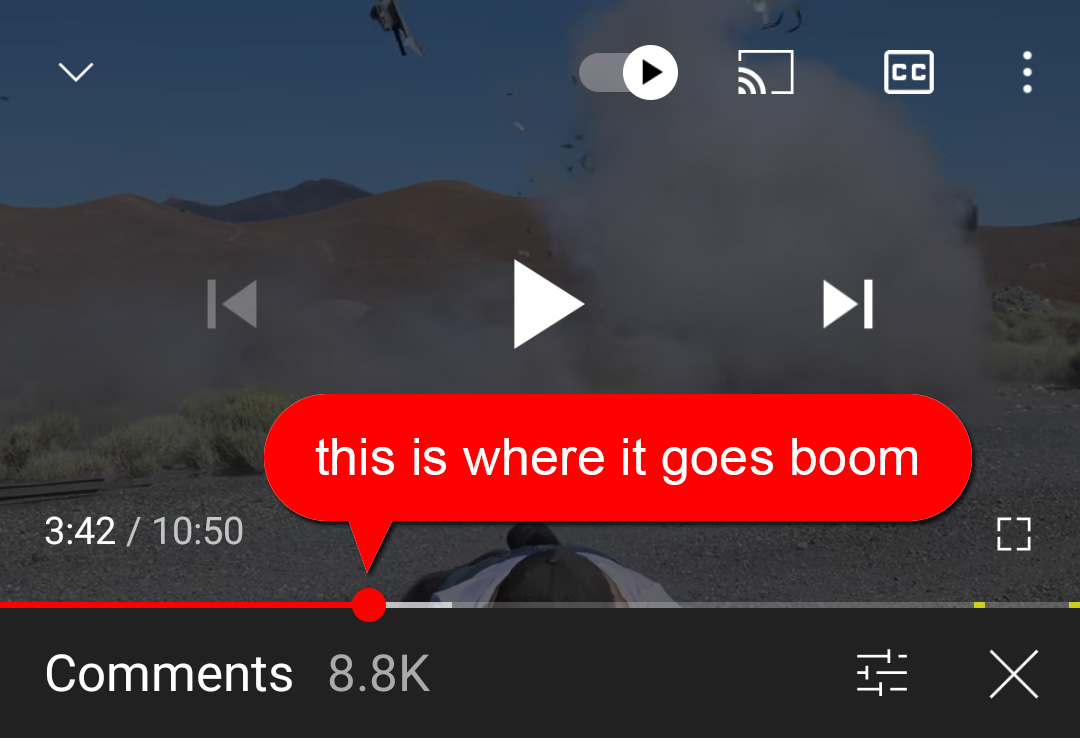 When we examine the image right above, we observe that there is a time when there is a paddle at 3:42 seconds of the video. In this part, if it is in a bubble, it is stated that the padollar is experienced at this second of the video. It is said that this feature, which Google has tested with certain users, will work more or less with this logic.