Xiaomi’s popular smartphone series will introduce new members of Redmi Note series tomorrow in India. We list the features that are claimed to be available before phones are introduced.

Xiaomi is preparing to announce Redmi Note 5 and Redmi Note 5 Pro models in India on February 14, which is tomorrow. While we have not been in the ready-to-launch a few times, we’ve said we should take a look at the features that have been leaked about phones so far. Utilizing Qualcomm’s latest mid-range Snapdragon 636 chipset, Redmi Note 5 Pro attracts customers with a flagship feature.

According to the leak, both Redmi Note 5 and Redmi Note 5 Pro will come with 5.99 inches 18: 9 aspect ratios. It is also expected that the battery capacities of both phones will be above normal. Let’s look briefly at the features of the phones;

The year 2017, which is very good for Xiaomi, seems to continue at the same pace in 2018. The company continues to produce extremely affordable phones this year. According to the leak, Redmi Note 5 will have the Snapdragon 625 chipset. Xiaomi, which is expected to announce 3GB of RAM and a special version with 32GB of storage plus 4GB of RAM and 64GB of storage, is a great alternative for middle-class phone callers. Features of Xiaomi Redmi Note 5; 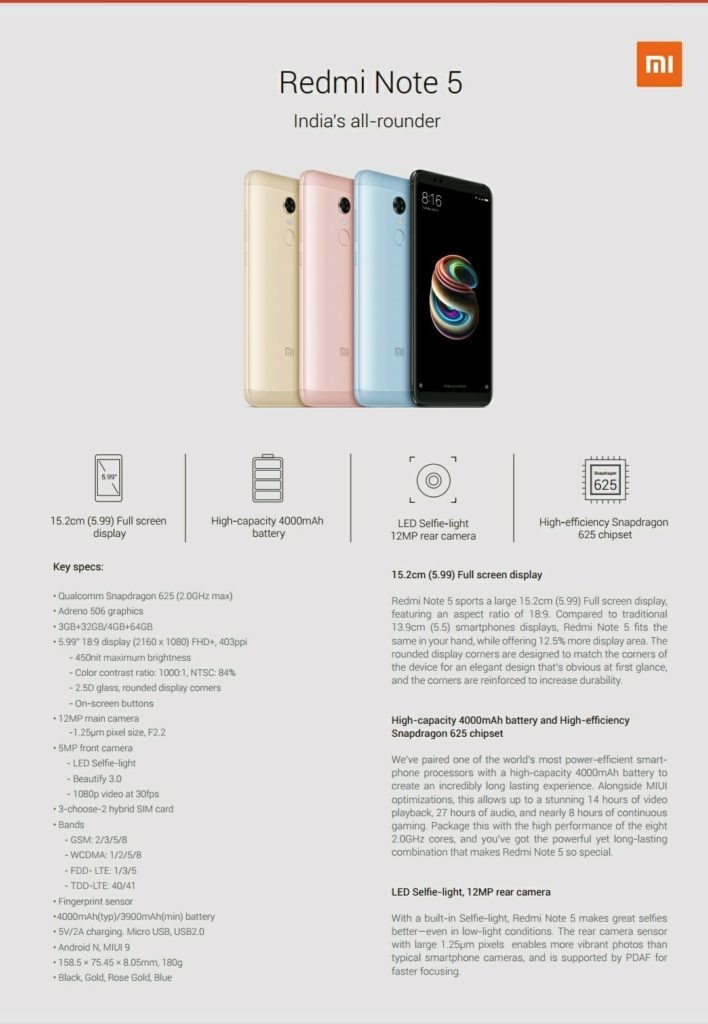 In addition to mid-range phones, Xiaomi will also introduce Note 5 Pro tomorrow. Note 5 Pro, which can be counted as upper-middle class, offers an additional model with 6GB of RAM and up to 64GB of internal storage in addition to the options in Note 5. Qualcomm‘s newest mid-range chipset, the Qualcomm Snapdragon 636, comes with a dual camera on the back of the phone with a 4000 mAh battery as in Note 5. Features of Xiaomi Redmi Note 5 Pro; 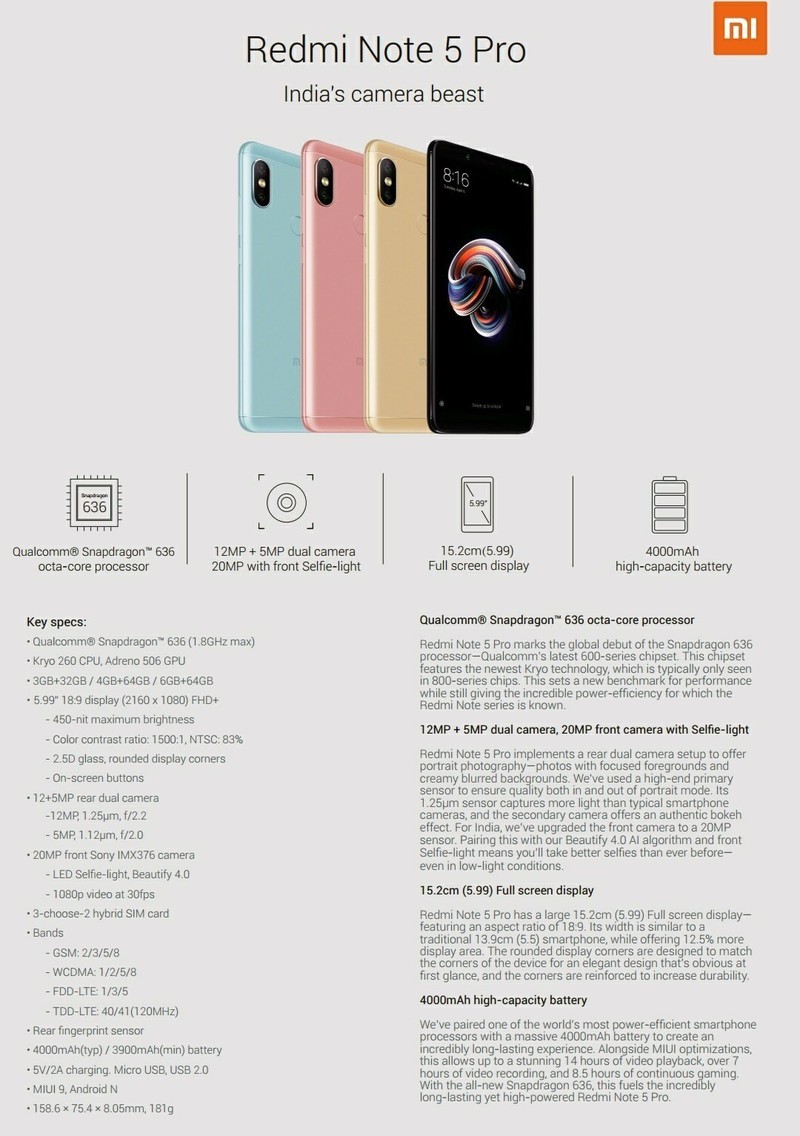