Xiaomi, who is welcomed with great interest in our country, is frequently mentioned in his name and market value. However, the company’s entry-level phones Xiaomi Mi A1, Android 8.1 update with the error of the fans surprised.

In September 2017, Xiaomi presented the smartphone Mi A1 to the market. The device is also the first device to run on the Android One platform. However, the Mi A1 has promised to continually update its operating system to its users. The brand, which does not want to be crushed under this statement, has released the latest Android 8.0 Oreo update, despite various difficulties.

But now the Android 8.1 update has stolen the door. Although users expect to update with great enthusiasm, Xiaomi still has not announced a timetable for the OTA version. In addition, the phone strangely does not get the support of Project Treble (with Project Treble, the company aims to quickly deliver new versions to end users by building a single update to work on all devices). 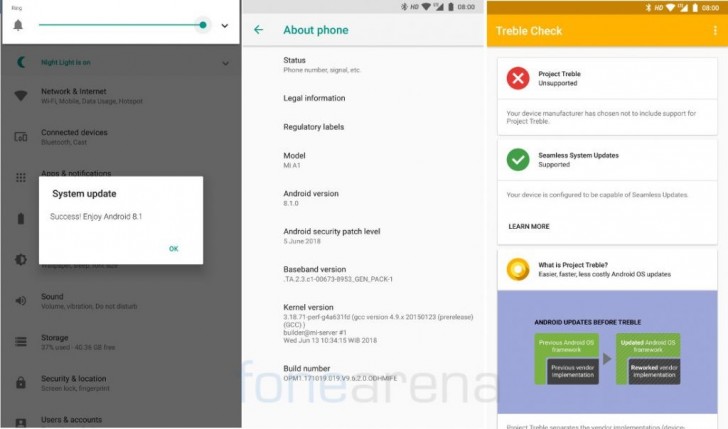 That being the case, sources indicate that Xiaomi is running a closed Beta version of the Android 8.1 Oreo update, as well as the security patch in June. This indicates that OTA should come within a few weeks. Finally, it is worth mentioning that the Mi A1 will be the first to receive the Android P.