Chinese smartphone manufacturer Xiaomi has spent its best hardware on the Ultra models since the Mi 10 family. flagship in March this year Mi 11 Ultra, the company pleased the buyers with the hardware features of the phone, especially the camera. While saying how much the camera quality will increase, new information came about the devices that will be released next year.

The information that the Xiaomi Mi 12 Ultra, which will come next year, will be powered by the Snapdragon 895 chipset, has recently spread on the internet. While saying how much the camera in the current model will rise, a new claim has emerged about the camera of the new model. Allegedly, Xiaomi 12 Ultra will carry a 192 MP main camera.

Camera hardware and software will be revealed 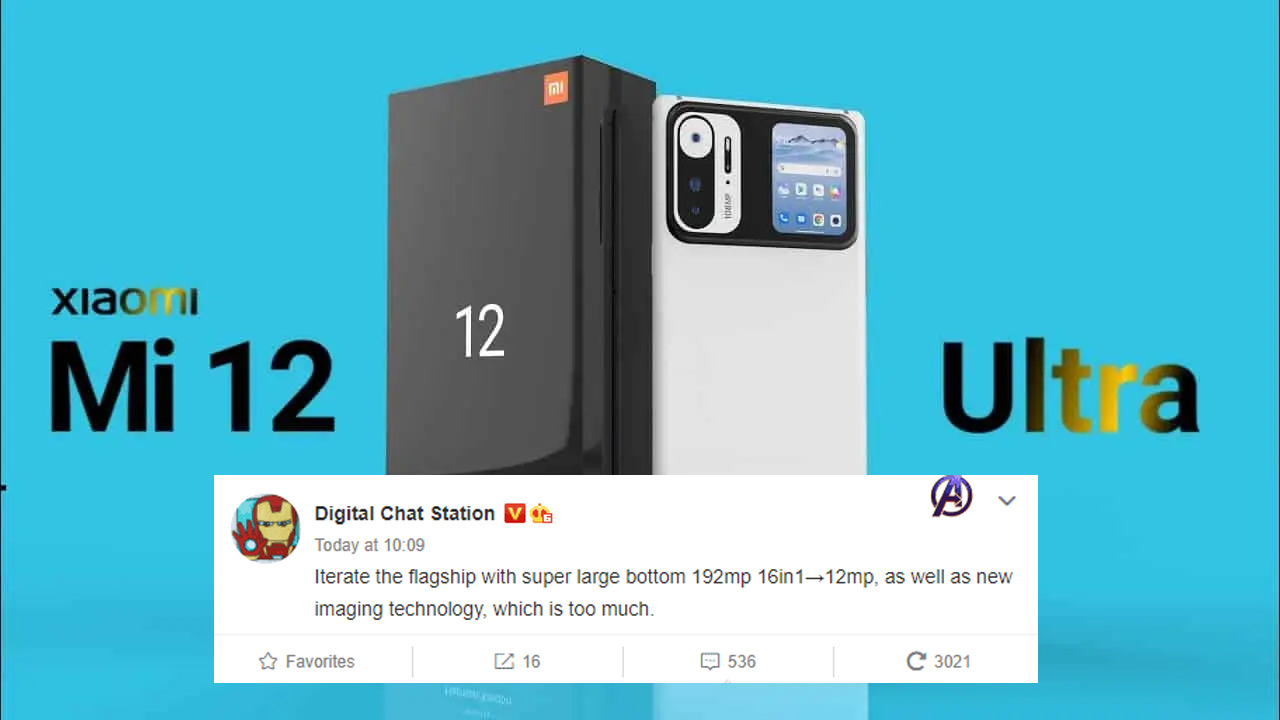 Digital Chat Station, known for its leaks on China’s social media platform Weibo, on a new flagship A 192 MP main camera announced that it will be found. Although the leaker does not even say which brand this model belongs to, the fact that the country’s largest phone manufacturer is Xiaomi brought the Mi 12 Ultra to the minds of the Chinese media.

Allegedly, the Mi 12 Ultra’s 192 MP resolution camera, on a 1 inch protruding camera panel will take place. your lens ’16 MP in 1′

With the feature, more detailed photos can be obtained than ever before. A small screen was used to show the interface of the phone on the panel where the camera setup of the Mi 11 Ultra was located. We can expect to see such a screen in the new model.

Thanks to the protruding panel, the main camera will better use the different light opportunities provided by day and night. Shadows and highlights will be less of an issue. The same result will be achieved with the front camera. For better lighting front camera will be embedded in the screen.

In addition to the hardware improvements made to the camera, progress will be made in the camera software. According to the same claim, the phone in question, which is thought to be Mi 12 Ultra to an improved camera software will have. This will likely provide better performance on issues such as lighting and focusing.