MIUI 13 can be described as Xiaomi’s major update for its own skin in addition to Android. The update is expected to focus mainly on fluency. Eilen information predicts that the MIUI 13 version will provide an increase in system fluency between 15% and 52%. Xiaomi also aims to reduce the frame rate drop rate by 90% with MIUI 13 and plans to offer users Focus Computing 2.0, liquid storage and atomic memory features, which offer faster read and write speeds. 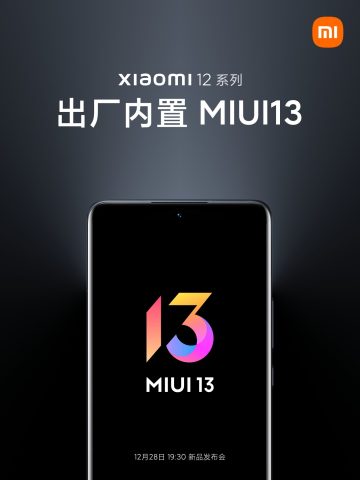 Xiaomi 12 will have 8GB or 12GB RAM options. The smartphone also offers 128GB or 256GB internal storage options to users. The smartphone will feature the Qualcomm Snapdragon 8 Gen 1 SoC. The phone houses a triple camera setup consisting of a 13-megapixel ultra-wide-angle lens and a telephoto lens with 3x optical zoom and OIS, as well as a 50-megapixel primary sensor with OIS support.

Finally, it should be noted that the smartphone will support up to 67W wired fast charging and 30W wireless fast charging.