The mini LED backlight system uses units 1/40th the size of conventional LED units. With Samsung’s Quantum Matrix and Quantum HDR 2000 technologies, the screen can achieve the highest brightness up to 2000 nits in HDR content with 4096-step backlight adjustment. 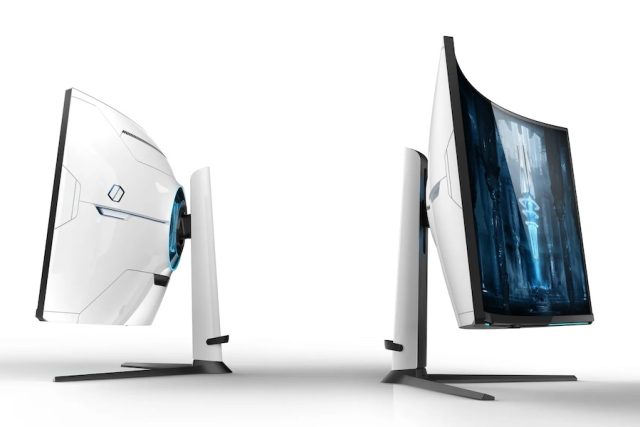 Samsung states that its monitor offers a 1ms response time, and is also compatible with AMD FreeSync Premium Pro and NVIDIA G-Sync synchronization technology. So assuming your GPU is powerful enough to run at high frame rates at 4K resolution, your games should run without stuttering or tearing.

The monitor also supports dual HDMI 2.1 ports and a single DisplayPort 1.4 connection. The Auto Source Switch+ feature automatically switches input sources when a connected device is turned on. CoreSync adjusts the RGB lighting on the back of the monitor to match the screen content.

The monitor will be released in the first half of 2022. We expect more information to be shared at the CES 2022 event from January 5-7.