After a long wait, all sorts of rumors, countless Insider updates, and discussions about stringent system requirements, Windows 11 is finally out. Microsoft’s new operating system will start rolling out first for fully supported systems and gradually.

While the user interface is completely changed with Windows 11, we will see that changes are made in almost every part of the system. Along with this, various system optimizations and new features are offered.

First of all, let’s start with the official system requirements. Microsoft requires these requirements to be fulfilled for those who want to use Windows 11 smoothly and unhindered. But as you can imagine, various methods continue to emerge to install the operating system and get all the updates.

Of course there is a list of supported processors. It is not possible to use Windows 11 directly with all processors, and since the list of compatible processors is quite long, you can find it at the bottom of the article.

One of the biggest changes in Windows 11 is the renewed user interface. Microsoft completely revamped the interface and gave the operating system a more modern look. Window designs generally come with rounded corners and context menus are redesigned.

Microsoft says it’s optimizing one area to improve performance with Windows 11. They even claimed that Windows 11 is the best Windows OS ever in terms of gaming.

The new operating system primarily has an improved resource management system. At this point, the foreground workloads are now given higher priority, while the processing power consumed by the background processes is reduced. 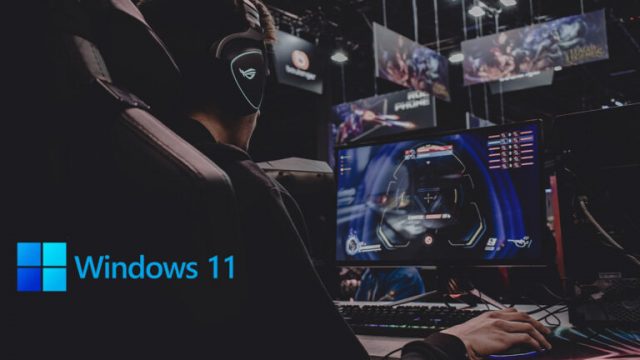 Microsoft has also been able to optimize the code that executes hardware functions, reducing the latency between user commands and actual commands executed in hardware. Thus, the response times perceived by the users are improved and the idle time is minimized. This also has a knock-on effect on memory usage and overall performance.

The software giant, on the other hand, says that it has implemented new compression techniques that reduce disk usage in the operating system and has expanded this technique with Windows 11 updates. Microsoft also states that due to the new update engine in 11, updates will not require as many resources as they currently do. Additionally, the community size of Windows updates will be reduced by 40% and update processes will run faster.

Let us remind you that all these improvements can also make positive contributions to game performance. The Microsoft official also touched on the improvements in different areas. For example, systems in sleep mode will now be able to react instantly. Mobile devices will enter sleep mode faster without sacrificing the work done, resulting in additional power savings.

We often say that the new operating system will work fully compatible with Intel 12th generation processors. Thread Director technology developed by the blue team will act as a link between the hardware and the operating system.

Intel says it’s working with Microsoft to make sure Windows 11 is optimized for Thread Director. Everything is great for those using Windows 11 with the 12th generation. However, in older versions or Linux operating systems, everything will not be the same.

The chipmaker confirms that there will be no problem for applications and workloads that do not use the maximum 24 threads offered, but everything will work better in Windows 11. It is also particularly emphasized that Alder Lake works well on Linux. At this point only the amic timer will not work to its full potential. Finally, Intel states that they will provide more optimizations for other operating systems.

The new operating system comes with a redesigned storefront optimized for all developers. According to Microsoft officials, Windows 11’s native app store will allow almost any app. If we go into detail Win32, . NET, Java, UWP and web-based applications.

Microsoft has announced that it will allow developers to add unpackedollar Win32 applications (commonly known as .exes) to the Windows Store. It even uses special content delivery networks for updates. exe programs will also be allowed.

Microsoft’s store is also completely renewed, and those who switch to the new operating system can have the opportunity to explore the new store.

As we reported earlier, the Windows Subsystem for Android will not be available to users at the first stage. However, this most anticipated important feature is currently being tested and we expect it to be available soon.

Microsoft said during the developer conference that it will create a local proxy application that will manage the bridge between mobile and desktop models. With these improvements, Android apps will look just like native apps, and users will be able to install and uninstall mobile apps from Settings or Control Panel. 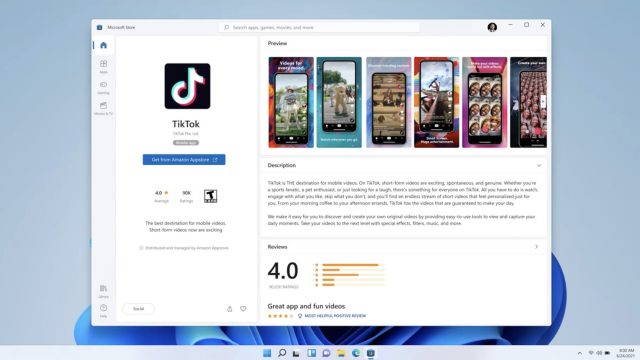 The technology giant will use a solution called “Intel Bridge Technology” to convert ARM-based microcodes. Microsoft has confirmed in a statement that the feature will also work on AMD and ARM CPUs.

We mentioned that the Microsoft Store will receive the results directly from the Amazon app store. When you want to download Android applications, you will need to click on the “Get from Amazon App Store” option.

In addition, you may think of the method of downloading APK from external sources. You can manually download APKs from the internet and install them on the operating system. However, applications based on the Google Play Store may not work properly, let’s take this as a note.

GPU manufacturers such as NVIDIA, AMD and Intel started to release drivers compatible with Windows 11 early.

Announcing its feature update plan for Windows 11, the developer announced that only one Windows 11 major feature update will be made available each year, with regular monthly quality updates for security and bug fixes.

In addition to the feature update, Windows Update quality improvements will come with optimizations made to the update engine in Windows. For example, when you check for updates and a new patch is available, Windows will now compare the new package with what is available on the computer. Only the necessary parts will be downloaded from the server and the update size will be reduced by about 40%.

Unfortunately, Windows 11 also removes some of the features currently available in Windows 10. Below is a list of features that Microsoft removed with the Windows 11 announcement:

Who Can Upgrade to Windows 11?

While Microsoft has made Windows available to almost everyone who owns a PC, the company is making some restrictions this time around. So at least “supported” systems will be able to upgrade and receive updates via the upgrade path.

Windows 11 will also be a 64-only operating system. So if your hardware doesn’t support 64 bit, it looks like you’re out of luck.

In addition, we mentioned that only systems that meet the extensive requirements will receive the Windows 11 update.

To summarize, the update will be free for existing Windows users. Therefore, Windows 10 users who meet the minimum system requirements can upgrade to Windows 11 for free when the update is ready.

You can check the list above to make sure your system meets the minimum requirements for upgrading to Windows 11. You can also use the PC Health Check compatibility check tool, which we have explained in detail in this link.

As with all updates, Microsoft will push the update out to a small subset of users before it’s made available to the wider general public.

Users who have received the update can go to Settings > Update & Security > Windows Update and check for updates.

If you don’t want to install Windows 11 via update, you can download the ISO file.