Microsoft has released build 22000.184 for users on the Windows 11 Insider Beta channel and Build 22454 for those on the Dev channel for testing. The update to the beta channel is quite small and not much has been changed. On the contrary, the update to the dev channel has extensive bug fixes and some new features for Windows 11.

Windows 11 comes with many new redesigned link menus in addition to the start and taskbar. When you right-click the Recycle Bin icon on the desktop, you’ll now be greeted with Microsoft’s modern UI context menu with a slightly transparent background and the Modern UI icons associated with each menu option. 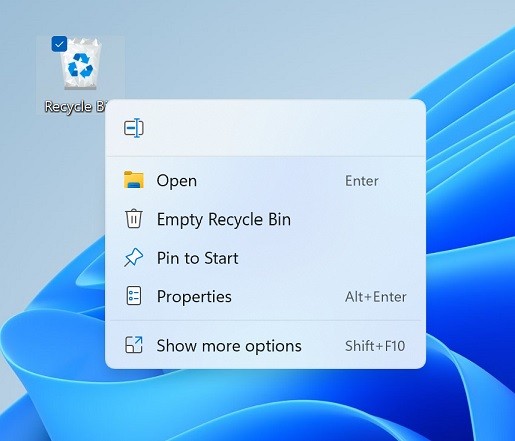 Previously the Recycle Bin had the old context menu of Windows 10 but Windows 11 had rounded edges. Now the transition to the modern user interface is complete to streamline the desktop experience.

Microsoft says some of these fixes in the development build may make their way into the release build of Windows 11 via service updates. So we may see some of these bugs fixed when Windows 11 is released publicly on October 5th.