Microsoft has announced a series of improvements to the Auto HDR feature for Windows 11 games via its blog site.

According to a blog post by Microsoft, with the latest updates to the Xbox Game Bar app, users can now adjust the intensity of the HDR effect, quickly enable or disable the feature. Although some of the new features announced will only be available to Insider users, some of them will be accessible to all users.

Auto HDR can be characterized as a feature that allows games that do not natively support HDR to take advantage of HDR-capable monitors. The aforementioned feature was introduced with Microsoft’s latest Windows version, Windows 11. In this context, it is possible to say that the introduced feature is one of the most important features available for the gaming experience in the new operating system. However, it should be noted that if any game natively offers HDR support, it will not be affected by the Auto HDR feature. 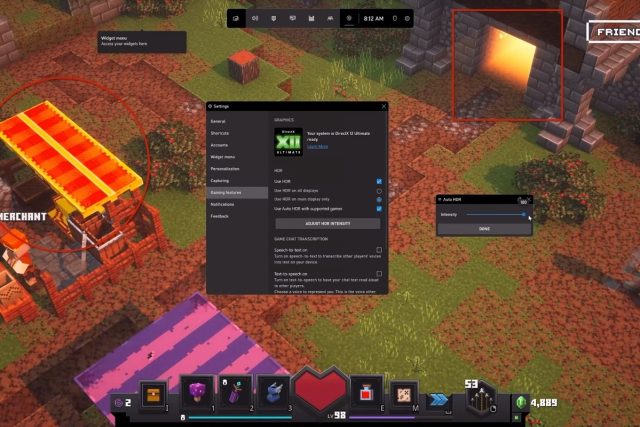 The most striking innovation in the Auto HDR feature seems to be a new intensity slider in the Xbox Game Bar interface. With this slider, users will be able to adjust how bright or dim the colors are in their games. The lowest level on the slider is equivalent to turning off Auto HDR. The highest level naturally offers the most intense colors to the users. In the slider, a different profile can be found for each game and these profiles are registered. Thus, users will not have to switch between levels for any game.

With this innovation introduced, the addition of a new option to the Xbox Game Bar interface to completely disable or enable the Auto HDR feature is among the innovations that are active for all Windows 11 users. However, there are also extra features for Windows Insider users. These extras include Microsoft’s addition of multi-GPU support for Auto HDR games, such as systems using NVIDIA’s SLI or AMD CrossFire technology. Another innovation that is active for Insider users is that the notifications of the Auto HDR feature can now be turned off via the Windows 11 notification settings.

Finally, it should be noted that the company is working on an HDR Calibration application for Windows 11, similar to the one found on Xbox.