This year it is very likely that for the first time in the world, a public company will reach $ 1 trillion worth. But the question is which company will get this title.

While the race for the world’s first trillion-dollar company continues, Microsoft, Google, Facebook, and even Tesla’s name, the strongest candidates are seen as US and technology giants Apple and Amazon.

According to George Salmon, equity analyst at Stockbroker Hargreaves Lansdown, if technology companies continue to rise as strongly as their stocks in 2017, the market value of one or more of the companies that Apple has attracted is one that is in the first quarter of 2018 trillion dollars will exceed. 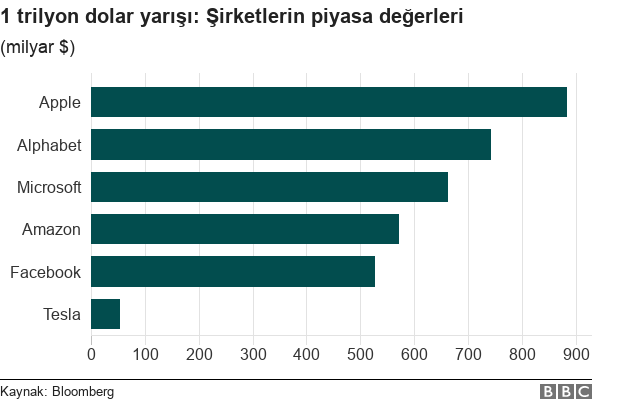 Amazon, on the other hand, is an online retail store that grows much faster than Apple. Amazon‘s founder Jeff Bezos transformed the company from a company that sells books on the internet to the world’s largest online shopping platform. In terms of market value, Amazon is not even in the top three. But many investment experts and industry officials, especially investment bank Morgan Stanley, say Amazon may be the first company to reach a market value of $ 1 trillion.