Music, which has an important place throughout the history of humanity, has become a universal language with the formation of notes and reading. So where do the names come from?

Considering the history of humanity, music has a great place. When the sounds produced by natural life are used correctly, they can be transformed into works of art. In addition, centuries ago, we know that people are doing music to express their feelings.

The emergence of civilizations and the development of emotions along with the development of music has also evolved. Music has worked so much into life that it was used as a tool even in wars. It is known that music can affect the human soul as we see from many types of research made today.

The only language that is universal is music:

Music is the shape of the sound. It is also considered to be a language because it appears to be placed in a certain order. Religion, language, and race can tell each person the same feeling without any difference.

If we consider music as a language, which has an important place throughout the history of mankind, notes are also abuses. Except for some regions, the names of the notes used all over the world have been revealed by the music theorist Guido d’Arezzo. We call the method of d’Arezzo, which develops a system to read music fluently as a language, today we call it “solfege”. Solfeggio is the name of the system, which we read in the form of “do, re, mi, fa, sol, la, si,” in which we are all familiar.

This system was introduced in 1030 as the invention of d’Arezzo. The purpose of d’Arezzo’s creation of this system was that he could easily teach verses to a choir. Wishing to facilitate this process, d’Arezzo had written the first syllables of the sentences in the hymn of St Lohannes Battista at the fingertips. The verses in divinity are:

Ut queant laxis – (only your servants)
Resonare fibris – (can freely say hymn)
Mira gestorum – (about its miracles)
Famuli tourum – (about your works)
Solve polluti – (remove stains of sins)
Labii reatum – (from their lips)
Sancte Johannes – (Saint John …)
(Subtype: Do not extend the Ut sound when the first line was read, changed to Do.)

Guido d’Arezzo has developed a new method of music. In the early days, there were no 7 notes as above. The Si note in the last verse was included after Guido d’Arezzo. This method, which d’Arezzo added to the music world, is now called “The Hand of Guido”. Guido’s Hand method first spread to Europe and then to other countries. But even today, there are countries that do not use this method. 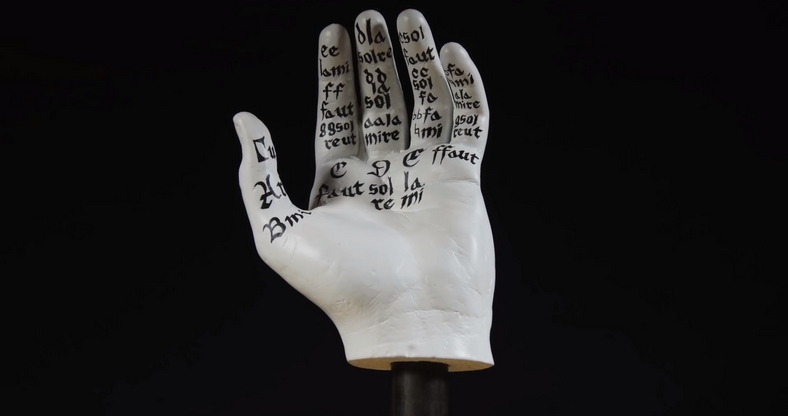 Spain, France, Romania, Greece, Turkey, Italy, Portugal, Russia, Mongolia, Persia, Arabia, Israel, this method is widely used in Bulgaria and Ukraine, its place in the remaining countries C, D, E, F, G, B has left the string. The rest of this system is as follows:

Now, listening to music, we recommend you remember the history of the most universal language produced by humanity 🙂