WhatsApp is the new hot topic at the beginning of 2021. privacy policies was at the center of the agenda. According to the statements made by the company, users can access their data with new privacy policies. They would have to share to Facebook. The decision, which created great controversy in many countries, including America, was postponed as a result of the pressure. In fact, this issue has been on the agenda for a while.

Known for announcing new features in advance by researching the codes of WhatsApp WABetaInfo, announced that there is a new development on the subject. Talking about a new discovery made in WhatsApp codes, WABetaInfo states that the privacy policy is for both individual users and business accounts. will be certain to be optional refers to. Allegedly, WhatsApp will announce its decision to the whole world in the very near future. 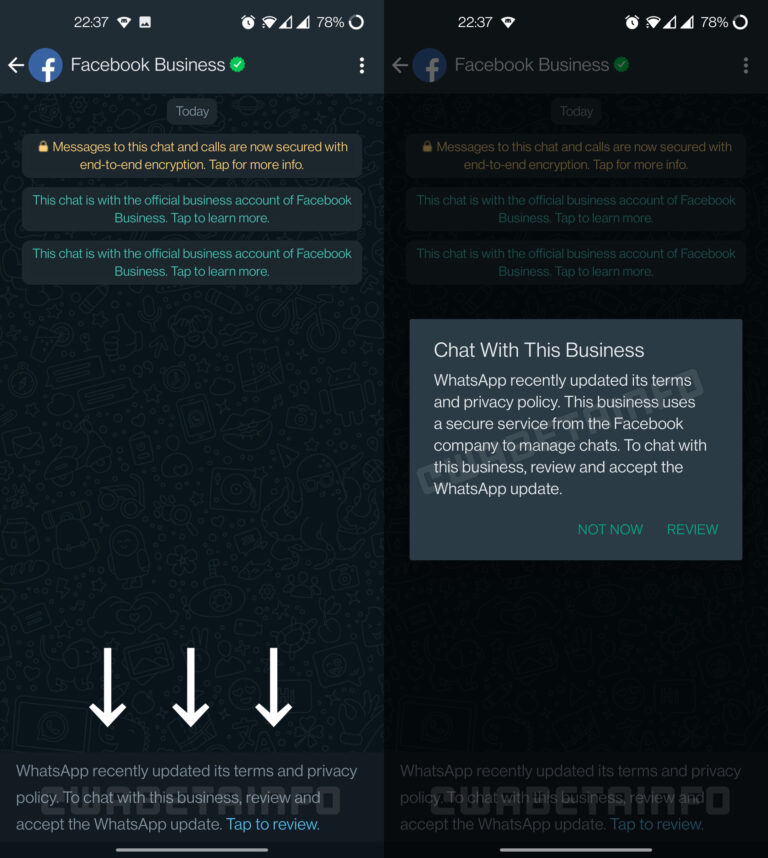 In the statements made by WhatsApp, the accounts of users who do not approve the policies constraint will be brought was stated. However, the developments reveal that this decision of restraint has been completely reversed. Especially business accounts will breathe a sigh of relief with the new decision. Because, according to WABetaInfo, users do not approve of the new policies. will not meet with curtailment.

WhatsApp has made an official statement regarding the new decision. didn’t explain. However, WABetaInfo says that the new decision will reach users after a few version updates. In this way, users will not experience any restrictions even if they reject the policy update. This decision of WhatsApp, that the crisis is over

We can interpret it as .