Finally, iOS users have been able to switch from WhatsApp to a voicemail that has been tested.

The world’s most popular instant messaging application, WhatsApp, has released a new feature that it has tested with beta users and a more stable version of the update, which is now available to all users.

With WhatsApp version 2.18.22, it is now possible to switch between video calls and voice calls. You do not have to end the call in order to conduct a different type of conversation with any person on this line. 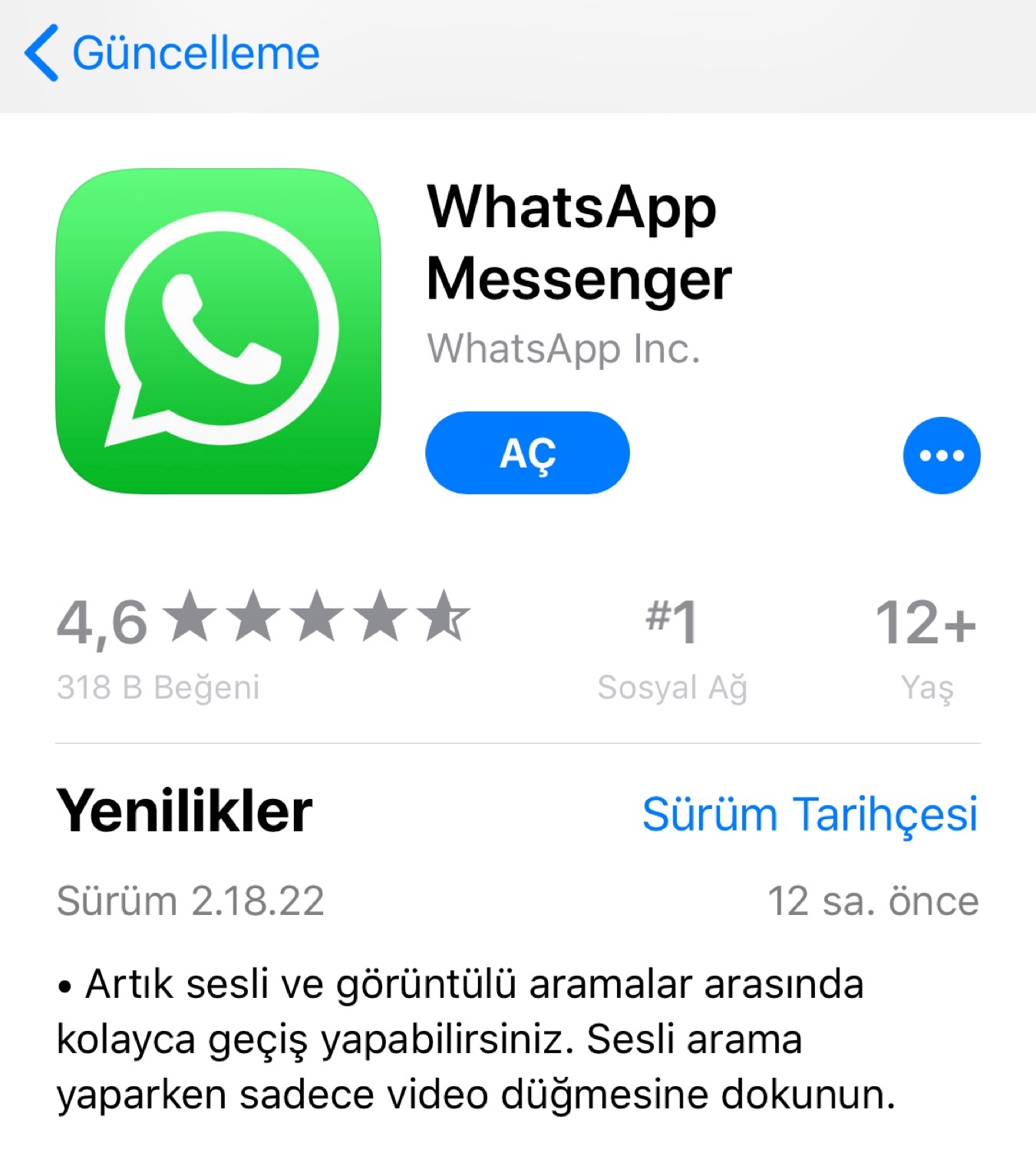 When two users using WhatsApp 2.18.22 and above start a voice call, a camera icon appears at the bottom of the screen. When any of the users touch this icon, a video call invitation is sent to the other party. If accepted, the voice call returns to the video call.

When two users using WhatsApp 2.18.22 and above again are engaged in a video call, the icon for closing the camera is located at the bottom of the screen. The user who does not want video call can turn off his / her camera. If both users turn off, the conversation continues as voice conversation.

The new transition feature certainly does not revolutionize innovation. However, sometimes you can make a video call with the person you are talking with. It was not practical to terminate the interview and start a conversation again.

The voice-video call-to-call feature is currently available only to WhatsApp iOS users. But the company has been testing the same feature for the Android platform for a few weeks and will present it to all users with an upcoming update.