WhatsApp may soon launch an early test of its long-awaited multi-device feature. The aforementioned feature, as the name suggests, allows users to log in to multiple devices with the same WhatsApp account without having to log out of any of them. This feature is expected to allow users to connect up to four devices simultaneously with the same account. Multi-device support for the app has been talked about many times in the past, and information about the feature has been leaked. However, we are this close to the announcement of the feature for the first time.

Expectations are multiplying, with Facebook CEO Mark Zuckerberg and WhatsApp chief Will Cathcart confirming that multi-device testing for open beta users will be available in a month or two. The information in WABetaInfo states that the open beta tesdollar series of the feature will be available on July 6th. The popular WhatsApp feature tracker adds that it is included in the open beta program and will soon offer more detailed information on the subject. However, the open beta program is expected to offer access to limited users only. 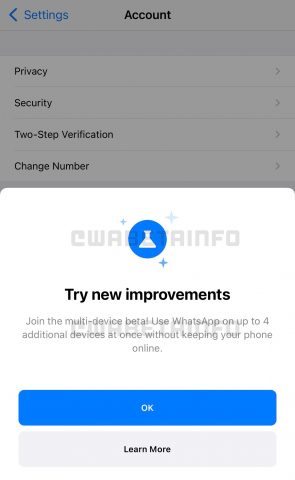 WABetaInfo also states that WhatsApp users must have the latest beta version of the app on Android and iOS to participate in the multi-device beta program. The first version of the open beta is expected to be released soon. Thus, WhatsApp will have tested the feature for a while before offering the feature in stable form for users.