Most messaging services, Last Seen allows you to turn visibility on or off but WhatsApp seems to be thinking of a way to give users better control over who can see it and who can’t.

For years, WhatsApp has allowed users to more generally control who can see their Last Seen status. Along with Profile and About information, users can choose between allowing only everyone to see their Last Seen status, allowing no one to see them, or allowing only Contacts to see the information. Apart from these, while no other control is offered to the users, WABetaInfo has seen hints that this will change in the near future. 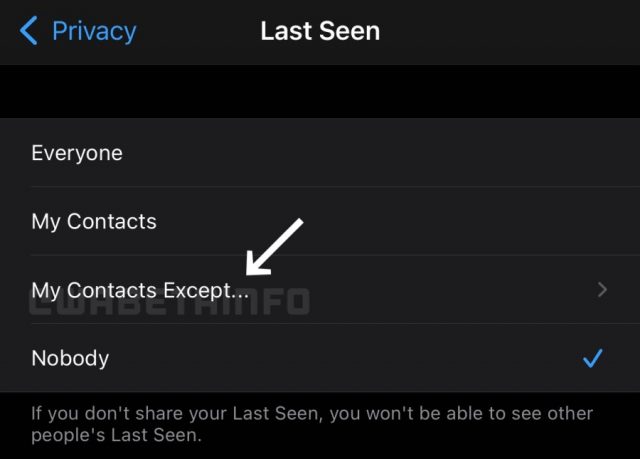 Accordingly, WhatsApp will have a new “Except My Contacts…” option in addition to these three old options. This feature looks simple and allows you to have a kind of blacklist among your contacts. Everyone in your contact list will be able to see your Last Seen status, except for those you’ve added to this list.

This option can come in handy when you want to “hide” it from certain people but not from everyone else. Of course this option still works like any other and you won’t be able to see the Last Seen status of the people you choose to hide your own status. It looks like this new privacy feature will also be available to control the visibility of Profile Photos and Biography.

There are no clues as to when it will be available as the feature is reportedly still in development.

By the way, from iOS to Samsung phones WhatsApp transfer is now possible.