When purchasing a new monitor, one of the most important factors that plays a role in the decision-making process is the monitor’s panel type. Because the screen panel type is a factor that directly affects how the monitor will perform. There are three types of display panels in common use today. These are TN, IPS and VA. Knowing the features and differences of these panel types before buying a monitor will help you choose the right monitor. 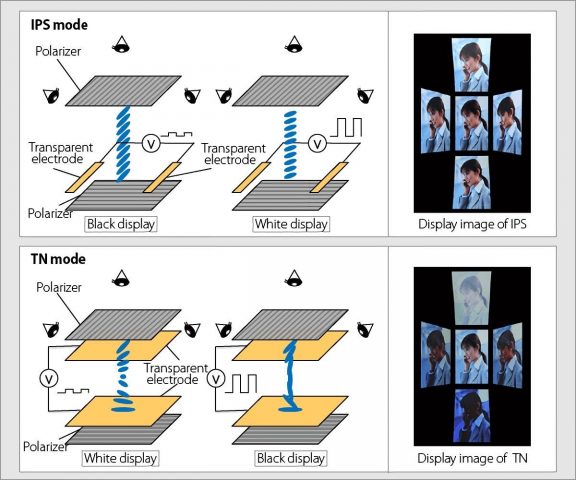 VA stands for “Vertical Alignment”. As the name suggests, this display technology uses vertically aligned liquid crystals that bend when a voltage is applied to allow light to pass through. Here is the main difference between IPS and VA display panels. In IPS panels, the crystals are parallel to the substrates, while in VA panels, the crystals are perpendicular to the substrates. Many VA panel versions are also available, such as AMVA by AU Optronics and SVA by Samsung.

IPS is an acronym for in-plane switching. IPS display technology, like any other display panel technology, uses voltage to control the alignment of liquid crystals. However, unlike TN display panels, IPS panels use a different crystal orientation, where the crystals are parallel to the glass substrates. Rather than twisting the crystals to change the amount of light transmitted, IPS crystals are actually spun, which brings a host of benefits.

These technologies are also available in a variety of sub-variants that can improve things even further, and you may find that they are named differently depending on the panel manufacturer. Samsung makes its own IPS display panels PLS, while some brands such as LG directly IPS

They prefer to use the term . When it comes to VA display panels, we see that Samsung uses the name SVA, while AU Optronics uses the name AMVA.

When viewing a TN, IPS and VA panel for the first time, the most obvious difference between them is undoubtedly the viewing angles. This is an issue that has not changed significantly since these technologies emerged. TN panels have the weakest viewing angles, with significant color and contrast shift in both the horizontal and especially vertical directions. Overall viewing angles are rated at 170/160 but to be realistic, you’ll get pretty bad gradations when viewing anywhere other than dead spot. While the highest quality TN panels do slightly better in this regard, overall this is an area where TN panels are extremely weak. On the other hand, there are important differences between these three display panels in terms of contrast ratio. TN display panels, which are not very good at producing deep blacks with the curl technique, have the worst contrast ratios. At best you’ll see a contrast ratio of around 1000:1 on a TN panel, but generally after calibration this ratio drops back to the 700:1 to 900:1 range. An average TN display panel has been found to have a contract ratio of 872:1, which we can safely say is an extremely low ratio. We recommend purchasing an OLED monitor directly, especially if you want rich and beautiful blacks. However, if you are considering buying an LCD monitor for this purpose, rather than an OLED monitor, make sure that the display panel is not TN. 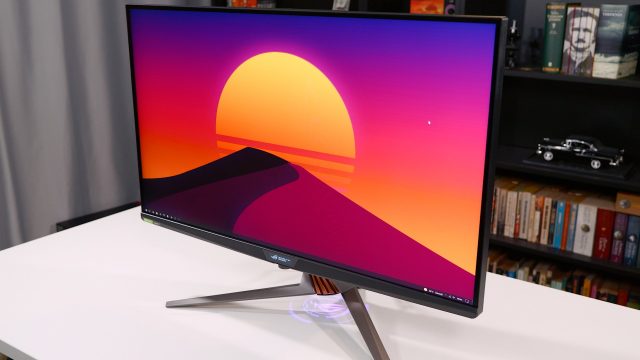 So, do these differences in contrast ratios really matter? Almost all monitors use some type of matte, anti-reflective coating that can reduce the effective contrast ratio in brighter viewing environments. So if you are using your monitor during the day or in an environment with artificial light sources, the difference in contrast ratio between TN, IPS and VA display panels will be less noticeable. However, if you use your monitor in a dim environment in general, you will more easily realize the serious superiority of VA displays in this area.

However, it is useful to mention the following. IPS display panels have a chronic problem called “IPS radiation”. IPS glow can be termed as the appearance of a white glow on the screen when viewing dark images from a certain angle. Top quality display panels reflect this glare to a minimum. However, it should be noted that this is still a problem for IPS screen panels and may vary from screen to screen.

The vast majority of screens today have 8-bit panels. Only some low-end display panels are 6-bit, while some high-end display panels for professionals are 10-bit. However, most displays marketed as “10-bit” or “with 1 billion colors” do not have true 10-bit panels; They reach this color scale through FRC or dithering. Also nowadays sRGB or Rec. When it comes to covering standard color spaces such as the 709, there is no notable difference between LCD types. The main differences between TN, IPS and VA display panels in terms of color quality today are; DCI-P3, Adobe RGB and Rec. It covers wider color spaces such as 2020. DCI-P3 and Rec. 2020 is important for HDR videos and video games, while Adobe RGB is common among business professionals as it often provides wide color gamut images.

It is not uncommon for TN display panels to exceed the sRGB color space and reproduce a wide color gamut. Even in the best cases, it can be said that the DCI-P3 coverage is around 92%, but most of the TN display panels have a standard color gamut, which is quite enough for SDR content. 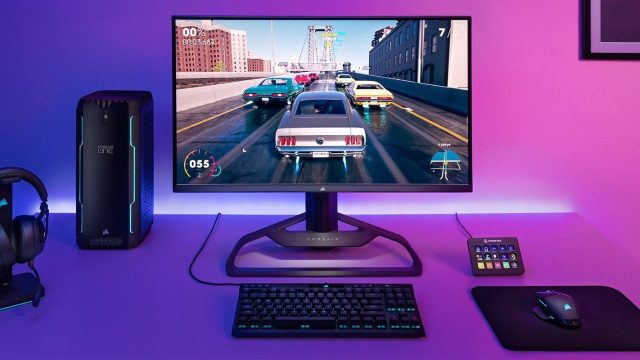 In a top quality display panel from AU Optronics, 97% DCI-P3, over 99% Adobe RGB and over 80% Rec. The 2020 scope has been determined. This makes IPS display panels the best choice for jobs where a wide color gamut is important, such as video or photo editing.

There are TN, IPS and VA monitors with 240 Hz speeds on the market these days. There are even some models that provide a refresh rate of over 240Hz at resolutions as high as 1440p. 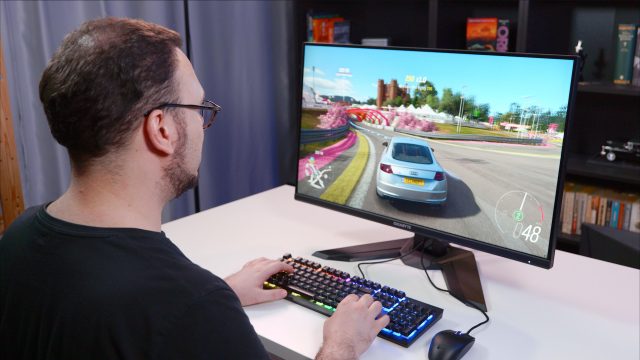 As a result, this puts the best VA displays on sale today slightly ahead of the best TN displays. Along with these new generation display panels, Samsung has also fixed the dark level staining issue that can occur from time to time on old generation VA display panels, giving the latest VA panels an overall experience similar to that offered by the best LCDs.

However, it should be noted that all these evaluations we made in terms of response time are valid for top quality monitors. The performance differences between the three panel types for midrange and entry-level monitors are almost the same as before. TN monitors are fast enough for both segments, with response times of around 4ms. IPS monitors, which are in a lower price range, lag behind TN monitors in this area. This is because midrange and entry-level IPS monitors often use older generation display panels that aren’t as fast as today’s best ones. Still, on average, a performance of between 6 and 9 ms is quite acceptable. However, the cumulative bias is still competitive enough, especially in the value-driven IPS market. Although IPS monitors are not as fast as TN monitors, they generally perform well in terms of motion nedollaryc. 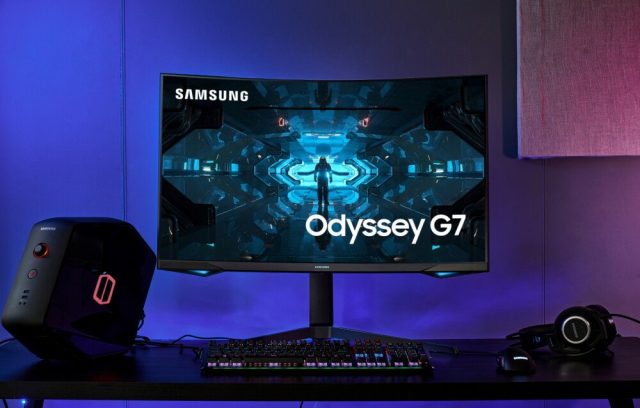 Budget-oriented VA display panels, on the other hand, unfortunately cannot even come close to the speeds of the best display panels used in Samsung’s Odyssey G7 and G9 series. Generally, VA display panels have response times of 9 to 13 ms on average, meaning that the most affordable VA displays lag behind the average pricey IPS display in terms of performance. In addition to this, VA display panels also have a chronic problem called “dark level spot”, which is not encountered in the other two display technologies and is seen as a dark trace that follows moving objects.

If we make a general assessment of display technologies, we can say that TN display panels are dying. TN panels are still very fast and great for competitive gaming, but are no longer a speed leader, especially for the highest quality segment. The main advantages of purchasing a TN display are that they are affordable and their speed is consistent even with entry-level panels. However, TN screens still have weaknesses such as low viewing angles and contrast ratio, making them unsuitable for many tasks. 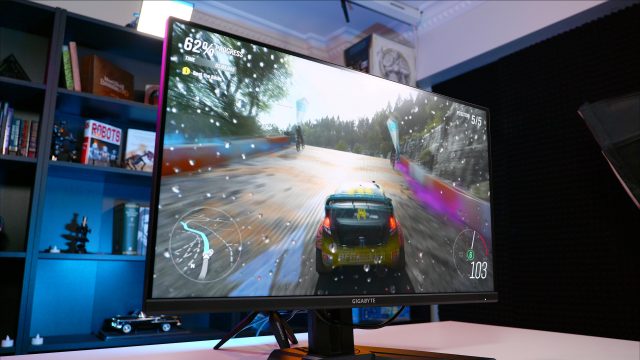 To date, IPS screen panels have received the most attention among these three screen technologies, and they continue to improve every year. IPS monitors; It’s the most balanced choice overall, with strengths in many different areas, including motion performance, gamut coverage, and viewing angles. These strengths tend to apply consistently to all segments, whether in the high-end segment or the entry segment, making IPS displays a great value for money option.

Due to their wonderful homogeneity and the prevalence of flat panels with extremely wide color gamuts, IPS is best suited for gaming and content creation on the same screen. However, the contrast ratios of IPS display panels are still far behind the reach of VA display panels.

As a result, there is absolutely no right answer as to which display technology is the best. For example, if you want a perfect black level and fast speed, then a high-end VA monitor is your best bet. Or if you want your monitor to cover the Adobe RGB color space, you should choose an IPS monitor. In short, the right choice in choosing a monitor is all about what you will use that monitor for.