A computer you buy today may be slower than the same computer sold 1 month ago. And this slowness can go up to 20% or even 25%, so why?
Manufacturers do not use the same components in every computer they produce. They prefer products that have no difference on paper but lack a few components in order to cut down on their increased cost of expenses. According to research by Linus Tech Tips, this problem can affect primarily laptops, ready-made desktop computers and even the systems you collect.

The scariest part is that hardly anyone includes detailed information on the specs sheet. That means; everything seems perfect!

On paper, the RAM specifications of both computers are exactly the same:

But there is a difference in the RAM inside the AMD computer. 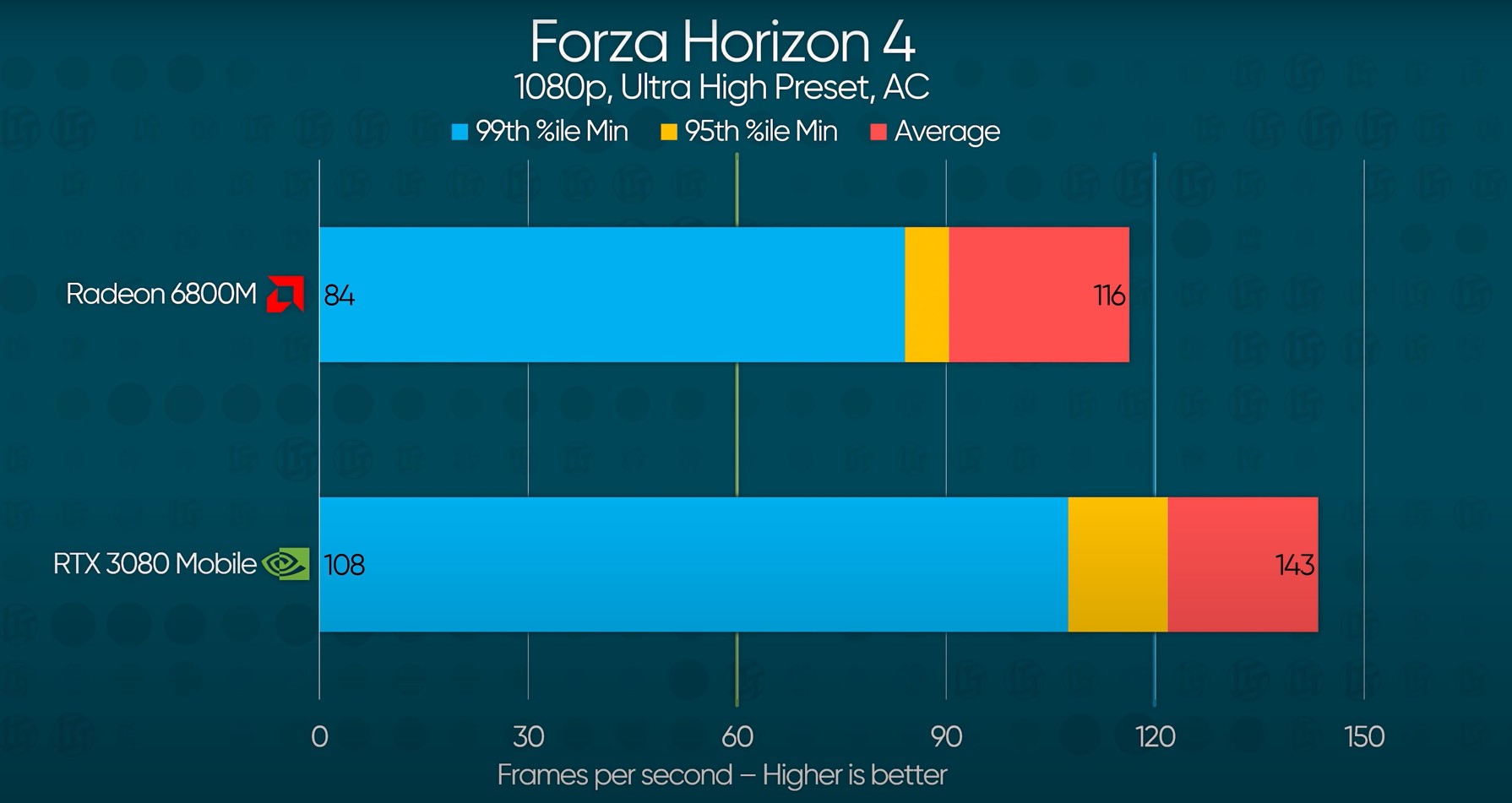 First, let’s take a look at the RAMs coming out of the AMD system and the Nvidia laptop.
AMD on the left, and Nvidia on the right, RAM modules from the display cardollars laptop.

What if we swap the RAMs on both computers?

We expect to be able to get more performance from the AMD system after replacing the RAM memories.

However, when the Cinebench test is performed, it is seen that the score drops on both computers. So things are not as simple as they seem; We cannot say that 4 chips are bad, 8 chips are good.

When AIDA64 Memory and latency tests are performed, it can be clearly seen that the latency remains the same and the bandwidth decreases on the Intel & Nvidia-based computer with 4 chips of RAM. This explains why the Cinebench score dropped.

On the other hand, when we look at the AMD-based computer, we can see that the bandwidth has increased a lot, while the read and write speeds are maximized, there is a decrease in the latency value. This is proof of why the Cinebech score has dropped, because we covered how latency sensitive AMD Ryzen systems are in our RAM tweak and overclocking guide on AMD Ryzen systems.

We start with the Rainbow Six: Siege game. Benchmark testing reveals that the AMD-based computer is 10% faster than the Intel + Nvidia-based computer.

The real thing here is how effective the CPU bottleneck can be. We can already see how powerful the RTX 3080 can be, it can go much higher (STOCK) than the values ​​that appear (SLOW RAM) after the RAM change in the table. The bandwidth of RAM limits the processor. In other words, although the computer component that has the biggest impact on games is the GPU, the bottleneck on the CPU can cause great performance loss.

In CS:GO, although the Nvidia system is always ahead, the logic is the same, there is a big performance increase in the AMD system, and a high drop in the Intel system. But such highs and lows are not always seen, for example Dirt 5;

The Dirt 5 game with very minor changes may be more sensitive to the lag in the AMD system, or it may be a more modern game with more modern techniques for memory management.
However, Forza Horizon 4 is also a modern game, but there are still big changes going on.

The performance gap for some of these games is comparable to the upgrade from the RTX 3070 to the RTX 3080. On an Alienware computer, that difference is $300. So what’s the point of all this? Is saving a few bucks worth this performance loss? You decide that too.

What is this chip and performance difference actually? Why is it happening, how is it happening? Actually, nobody has a good explanation for this, but the best explanation is as follows; Imagine the memory module as a large library of 0s and 1s, each time memory is accessed, the memory checker counter on your CPU must watch where that data is and read or write that data. We can think of it as a kind of librarian.

But by increasing the density as in 1Rx16, half of the chips on the module are saved. So without reducing the number of books in your library, you’re laying off half of your librarians.
This causes your data to lag in some cases and your computer slows down due to high RAM downtimes.

Obviously, the existence of more affordable and slow RAMs is not a problem, the consumer is always free to choose the product they want. The real problem is that there is no way to know what kind of RAM you have without opening your computer.

Almost no site provides us with this data. Even when you buy, there is not much chance of knowing.

What Can We Do?

The AMD-based one of the computers tested is Asus Strix Advantage Edition, in short, a mid-level gaming computer of $ 1650, and the RAM in it is a module with 4 chips, as we know. The Nvidia + Intel-based one is a $2400 high-end gaming computer, with 8 chips in the RAM. In short, “the more bread, the more meatballs”.

The problem is that if manufacturers start using high density x16 RAMs, there will be huge performance drops over previous generation x8 RAMs. Imagine, you went and bought a computer with RTX 3080 and your computer does not perform as well as the reviews on the internet. Manufacturers downgrade you to the RTX 3070 to save $15.

So what can we do? Should we give thousands of liras extra just to get full performance? Of course not. You can improve the performance of your computer much more with a RAM module that has been well researched and you are sure that it has 8 chips.

What we really want is for the manufacturers to specify the RAM density in the technical specification section of the computers.

What is MUX, what does it do?

Of course, this is not just about RAM. The graphics switcher MUX also suffers from these issues. Let’s take the AMD-based laptop mentioned in our article. It contains two graphics cards. Internal and external GPU. The internal GPU resides inside the processor, conserving battery level and consuming low power. The system uses this GPU for non-power operations; surfing the internet, watching movies, reading PDF etc. as.

The external GPU, on the other hand, comes into play for high-power operations. It provides the ultimate performance especially in games and engineering applications.

So what is MUX? Let’s explain, as seen in the diagram below, in most laptops the external GPU is connected to the internal GPU. 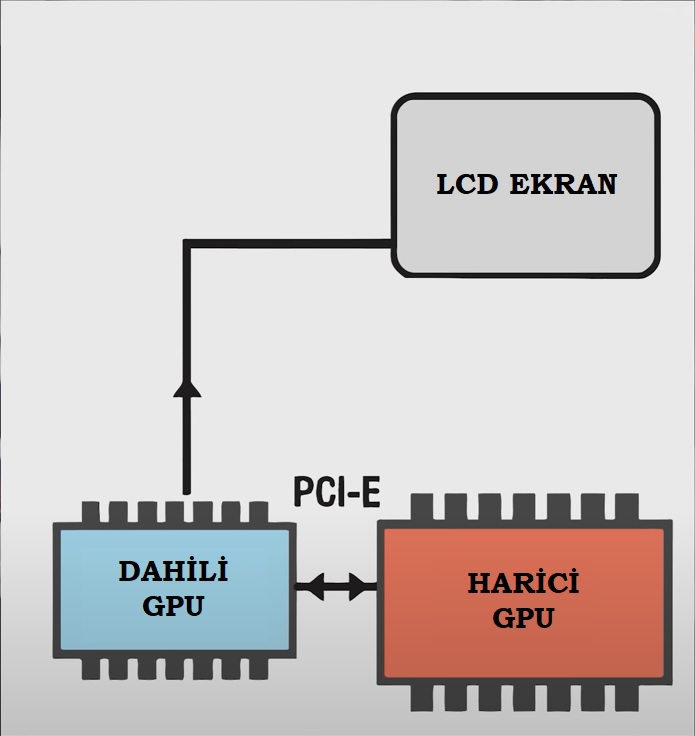 When you open any performance-demanding application, the signal sent by the external GPU to the display goes through the internal GPU, which causes a small loss of performance and latency.

This loss of performance and latency can be avoided with the MUX or Multiplexer, which is used in high-end computers. 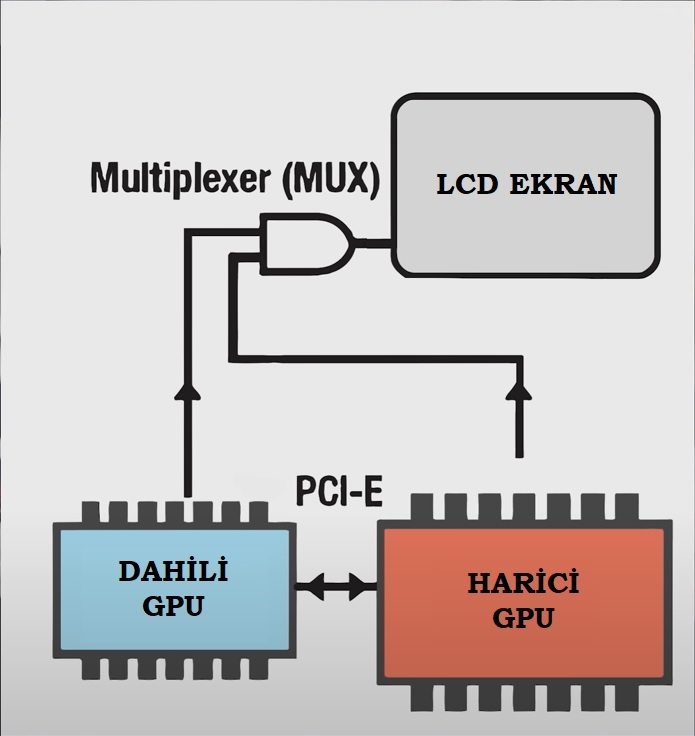 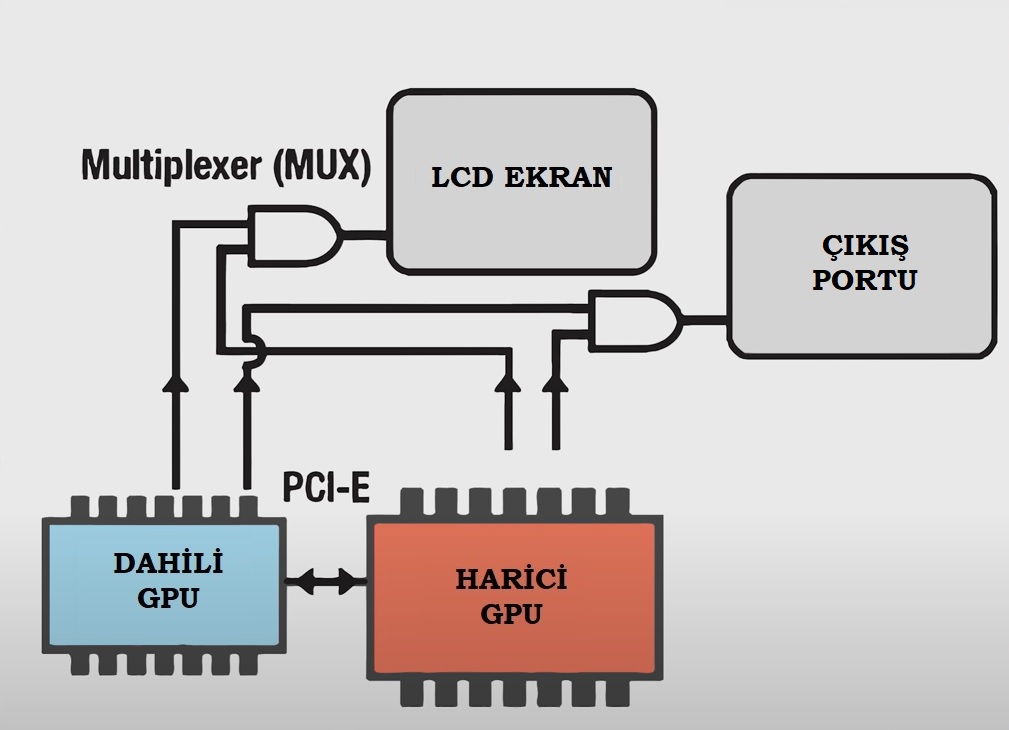 MUX is basically an electronic switch that allows multiple signals to be input. This method allows to use the internal or external GPU directly without redirecting any GPU to the other. So there is no lag or loss of performance.

At the beginning of the topic, we said to consider the AMD-based Asus Strix Advantage Edition laptop, yes this laptop does not have MUX, so why? Because it costs too much. In fact, the answer to all questions is cost. The internal parts of all computers, which we refer to as price / performance and whose features seem high, have been cut somewhere to reduce the cost. Although MUX looks very simple on the schematic, the motherboard needs to be redesigned and components added to it, which means complexity.

As a result, ASUS and AMD have managed to reduce the price of this laptop to $ 1650 by throttling performance. The Nvidia-based laptop mentioned in the article costs $2400 and yes, it has MUX.

Is there a solution?

When we add all these performance reducing factors, we see that there is a 25% performance gap. In other words, even though the system features are high on paper, you are likely to get lower performance from a computer with the same features and a higher price.

Yes, it is possible to experience performance degradation if the RAM module has x16 density, whether it is a ready-made case system or a system you have assembled yourself.

It is possible to see similar things in almost every product that we consider suitable in terms of price and performance. On paper, specifications are inflated and many things are sacrificed to save costs, especially performance. Although we offer solutions to minimize these effects, they all come at a cost to us.