First of all, we should state that we are not praising or criticizing any lifestyle in this article. We will examine the condom, which is a tool that has been used throughout history for contraception and protection from sexually transmitted diseases, which are the most important points about sexuality, which is an inseparable part of humanity. Condom protection method Although it seems to have become popular in recent years, its past is actually the same age as human history.

Throughout history, people have tried different methods to prevent birth control and sexually transmitted diseases. These methods always converged in one spot, condom.Because it was truly the only tool that provided both birth control and protection from sexually transmitted diseases. Bride what is condom, when was it invented and how it came to be as we know it today. 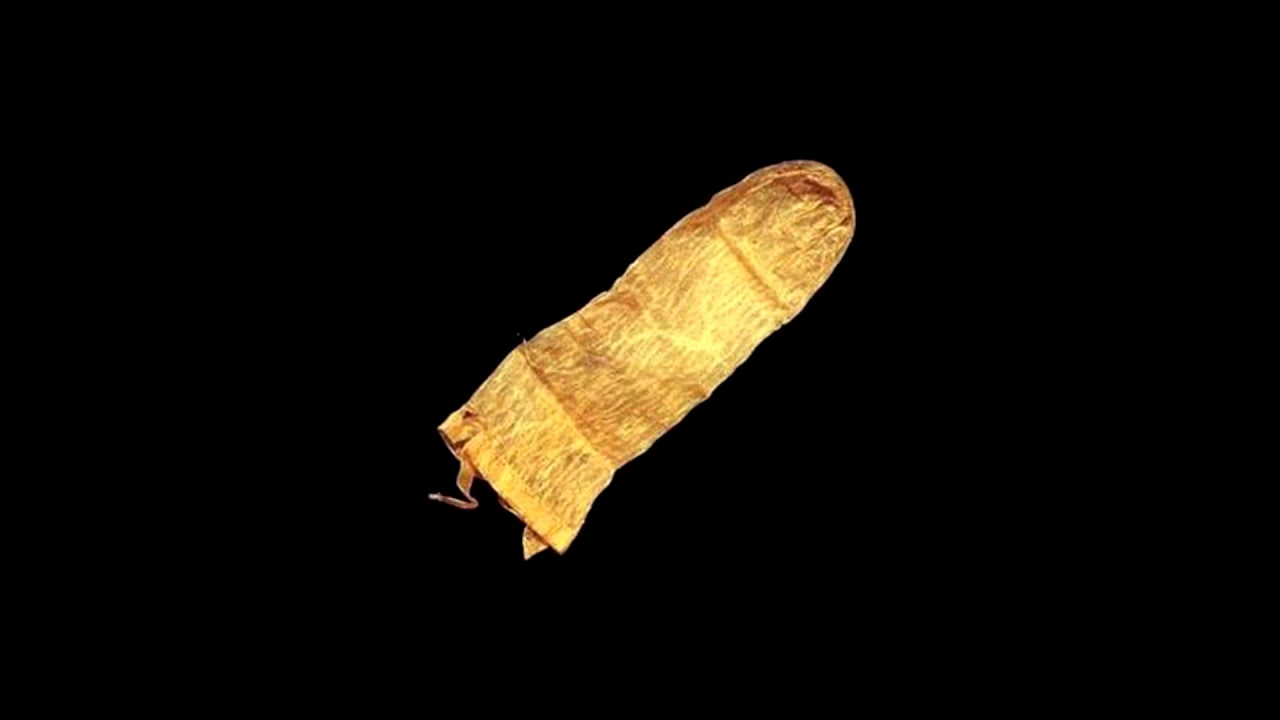 The method of protection with appears even in Ancient Egypt, Greece and Rome. Although the sources obtained during this period gave more implicit information about birth control, in 150 AD In the Minoan Epic quoted by Antoninus Liberalis, it is clearly seen that goat bladder was used as a condom.

Until about the 5th century, that is, for centuries, people generally used animal intestine and similar substances as condoms.Oddly enough, what happened in this regard in the west after the collapse of the Western Roman Empire was not known until the 15th century. Looking to the east, we see Muslim and Jewish men covering their penises with tar or dipping them in onion juice for birth control. However, the available data are not very descriptive. 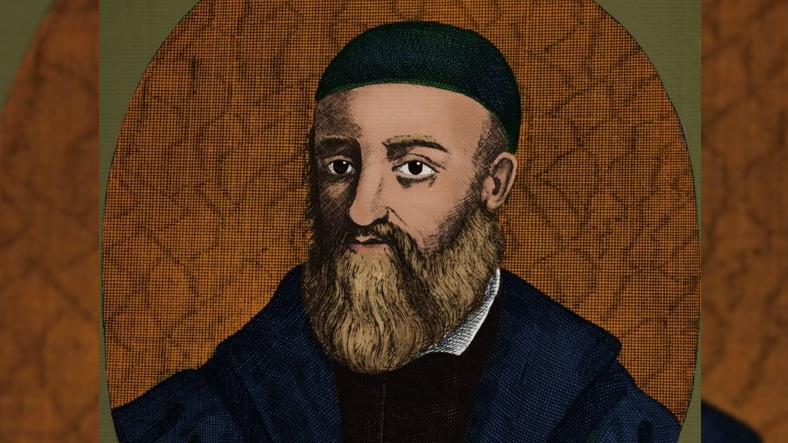 One of the deadliest sexually transmitted diseases in human history. syphilis appeared in French soldiers at the end of the 15th century. Syphilis, which spread in Europe, later spread to China and left an impact strong enough to destroy even the largest settlements of the country. During this period, the Chinese began to use condoms made of silk paper or lamb’s intestines.

In the 16th century in Italy, Gabriele Falloppio first officially published a condom recipe. According to this linen covers being soaked in a chemical solution and after drying it was used by men during sexual intercourse. The purpose of making such a recipe in this period was to try to prevent syphilis, which they called the French disease.

During the Renaissance, the use of condoms, called penile covers, became widespread all over Europe. condoms, was produced from animal intestine and bladder. It is even thought that these products first appeared in the 13th century. In an English toilet dating from 1640, we encounter a condom thought to have been used by the soldiers of King Charles I. Unlike the Chinese used, this product covered the entire penis, not just the head. 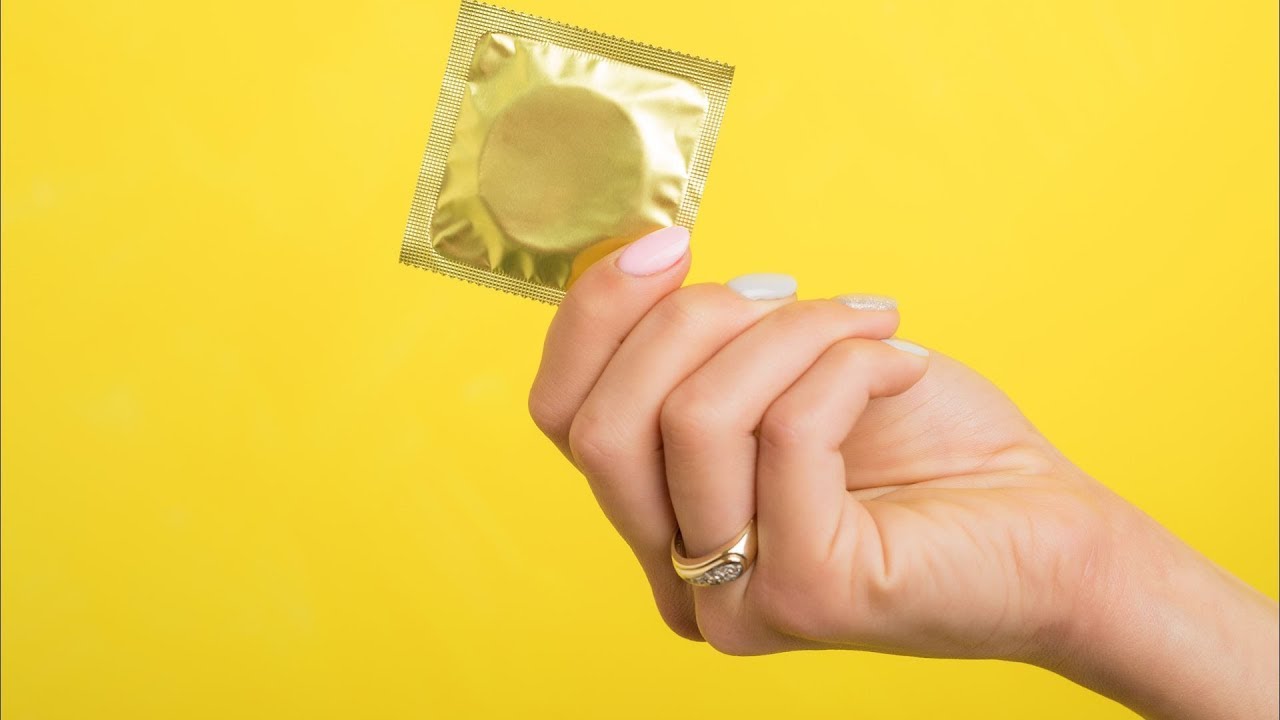 We come across some documents showing the use of condoms by American soldiers during the American Revolutionary War in the 18th century. In this period Anti-condom voices were rising in Europe.Many people had forgotten that they were about to die of syphilis a few years ago and began to say that this product led to immorality. However, in many countries, including Russia, this product was sold in many places to protect it from sexually transmitted diseases.

At the beginning of the 19th century, there was a real enlightenment in the United States and doctors went door to door to educate people on sexual health. A breakthrough in condoms, which is seen as the most effective method of protection from many sexually transmitted diseases, most of which are lethal, was made when Charles Goodyear patented rubber.

The first rubber condom was produced in 1855. However, this product only attaches to the head of the penis and because there is no mass production producteveryone had to place an order according to their size. These products, which are used repeatedly, have been used by people for many years, although they are not as hygienic as today.

The important actor of the First World War is the condom: 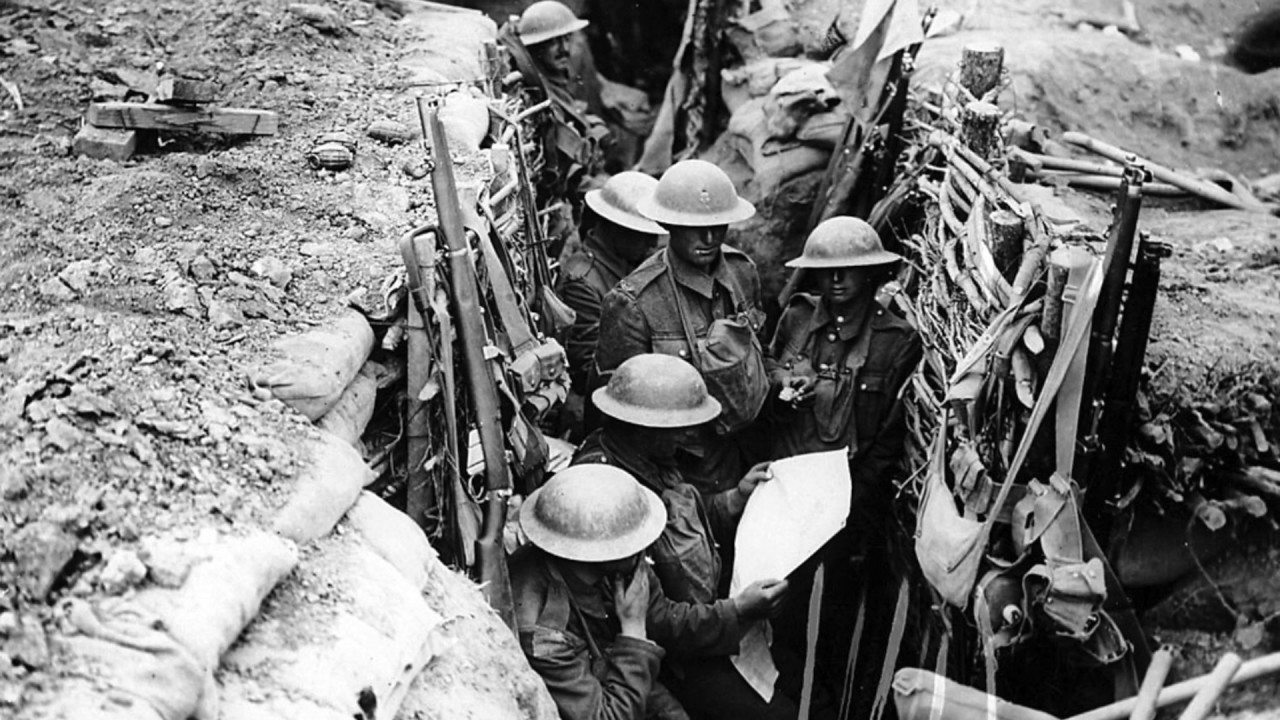 The period up to the First World War is a bit strange. on the one hand US Federal Law prohibits the introduction of birth control methods, On the one hand, condom factories were preparing for mass production, on the other hand, it was revealed that 400,000 soldiers in the US Army had syphilis and gonorrhea. Even the sale of condoms in pharmacies was banned for a while.

Fortunately, some sane people did during the First World War. the soldiers spread all over the world, realized that they were generally with prostitutes in the region and how susceptible they were to contracting sexually transmitted diseases, so at least the soldiers were allowed to use condoms.

During this period, the United States saw the condom as a kind of medicine that warded off disease. Some European countries, on the other hand, chose to ban all forms of contraception, using the dwindling population as an excuse. Sigmund Freud, the father of psychoanalysis, was against this product as it reduces sexual pleasure. The number of those who opposed this product for moral and business reasons was not small at all, but it was coming. 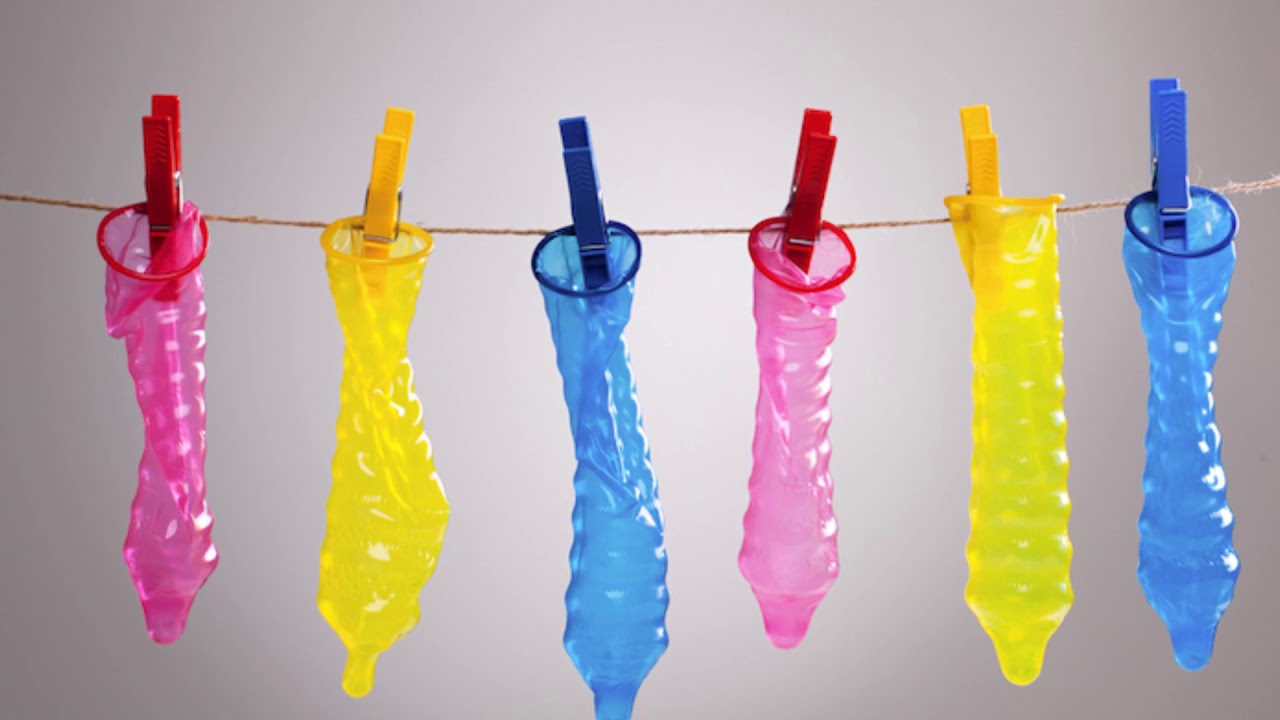 Condom production with latex, which is also the main ingredient of condoms used today, started in 1929 for the first time. The first Durex factory was opened during this period. The first automation attempts were made to accelerate the production process of latex condoms. Although full automation was started in 1950, even the first process presented a very successful model for mass production.

The Great Depression period in the United States series increased condom sales. According to experts, people instead of falling into greater financial hardship by having childrenpreferred to use condoms. Of course, it goes without saying that in this period, many institutions, especially the church and the state, opposed birth control methods and tried to impose bans.

Then the Second World War began. Although dictatorial Italy and Germany banned birth control, this period It is known that 72 million condoms are used annually in Germany. Until the 1970s, some concessions were made on condoms all over the world and most of the bans against their use were lifted.

AIDS and condom use today: 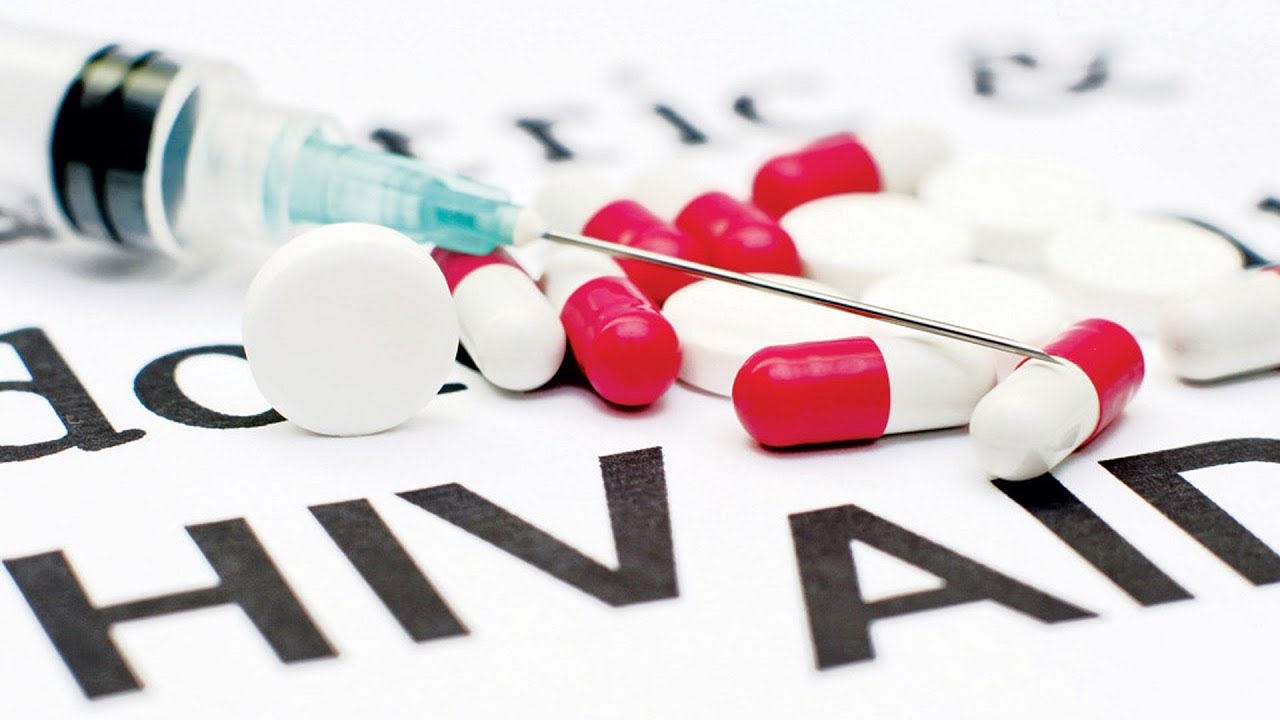 It first appeared in an article in the New York Times in 1981. AIDS has spread rapidly all over the world. Thereupon, an effective condom campaign was launched. It was explained that the only way to protect people from this disease is to use condoms and it was distributed to many people free of charge. Although the emergence of the birth control pill in the 1990s has changed birth control method preferences, condoms are still the most effective method to protect against sexually transmitted diseases.

In today’s modern society, people are more conscious now. Because condoms are more hygienic and accessible Sexually transmitted diseases can be controlled in modern societies. However, in third world countries such as Africa, thousands of people continue to die from AIDS because there is still no awareness and financial capability. According to a study conducted in 2015, there are still billions of people in the world who do not use condoms and therefore spread disease.

Due to the non-use of the condom that has been with us since the first days of humanity Thousands of unwanted pregnancies occur worldwide and different sexually transmitted diseases are spreading. Everyone’s lifestyle is tick-specific, but don’t put yourself or others at risk, be protected.