The BIOS is basically the first software that kicks in to get the system ready every time you press your computer’s power button. At the initial stage, it tests all your hardware and makes your system ready with the operating system.

You may always need the BIOS if you’re using a computer, whether it’s a firmware update, a setting change, or whatever the reason. That’s why it’s important for PC users to know how to enter the BIOS, at least basically.

There are many changes that can be made through the BIOS after logging in. For example, you can overclock the memory or CPU. On the other hand, various adjustments may be required when installing an operating system such as Windows or Linux.

In order to access the BIOS on a system, you need to press one of the keys set by your manufacturer, such as F10, F2, F12, F1 or DEL. However, in some cases, this function may not work as we would like, or our computer may pass the testing phase very quickly. In such cases, you can also enter the BIOS from the Windows’ advanced start menu recovery settings.

One of the things PC users love most about Windows is the configuration options available in the system, including startup options. Even before your computer completes a full startup, you can enter your BIOS to change the boot order, enable hardware components, and change the system time and date.

Depending on the age of your computer, the process of entering the BIOS may differ slightly. Before pressing any keys or changing any settings, we will look at all the details about how to enter the BIOS on your laptop or desktop computer.

Your computer’s most important startup program, the BIOS (Basic Input/Output System), is the embedded core processor software responsible for starting your system. Typically built into your computer with a motherboard chip, this software acts as a catalyst for PC functionality.

Programmed on an erasable, programmable, read-only memory (EPROM) chip, the BIOS is stored in this memory chip, which retains data when the power is turned off. When the computer is restarted, the BIOS continues with the same stored data.

The BIOS system is also responsible for managing the flow of data between your computer’s operating system and all connected devices, including a hard drive, SSD, keyboard, graphics card, printer, or mouse. Every time you turn on your computer, the BIOS goes through a process called POST (Power-On Self Test) that determines if your connected devices are working properly and are in the right place. When all processes are approved, your computer will continue to boot smoothly as it does every day, and the loading screen will appear in a few seconds.

When the BIOS detects any problem, an error screen will appear or you will hear beeps coming from your chassis. That’s bad news because the BIOS is warning us that something went wrong.

BIOS software has been available on computers since the 1980s. Many steps have been taken when it comes to development. However, with the rapid pace of technological evolution, BIOS has become obsolete again and presents some hurdles for today’s technologies.

Modern computers with frequent storage capacities of several terabaydollars have demonstrated inadequacy of weak BIOS software. There was a limitation for 16-bit processor modes and boot disks with a capacity of 2.1 TB. Newer computers, on the other hand, feature drives that offer capacities of 3TB or more.

As a result of all these needs, a solution called UEFI was born. The new BIOS standard brought important innovations while overcoming the limitations that the old BIOS system could not solve. UEFI (Unified Extended Firmware Interface Forum) can run in either 32-bit or 64-bit modes and theoretically allows drivers up to 9.4 zettabytes. 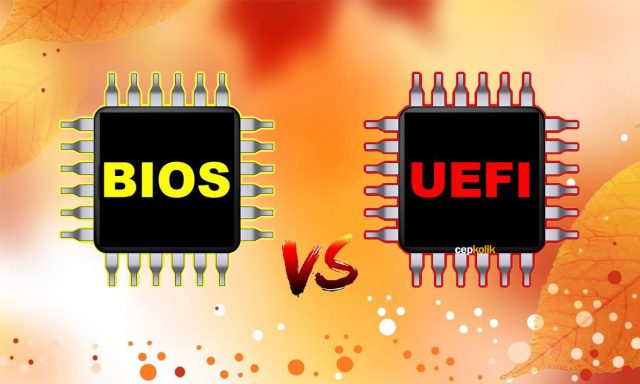 UEFI not only replaces a BIOS, but also functions as a mini operating system running on your PC’s integrated software. In essence, whether your computer is running BIOS or UEFI, the entire system relies on this software for fast boot times and convenient rendering functionality. As we mentioned, being able to access your computer’s BIOS can sometimes save lives.

We understood the importance of BIOS, what it does and what it is. Now let’s take a look at what it actually does for your desktops, laptops and tabledollar series. We can divide the functionality of the BIOS into four basic parts.

As we mentioned before, POST kicks in as soon as you turn on your computer. This basic function tests your computer’s hardware from A to Z and makes sure your operating system is free of any malfunctions/errors.

POST overhauls everything from your keyboard and disk drive to the integrated ports. If all goes well, POST will allow the system to boot and you will be able to use your computer normally.

If there is an error detected, the BIOS will alert you with an error message, which may be either displayed text or a series of beeps indicating an error. Beeps always symbolize certain messages. Therefore, if you hear beeps at computer startup, pay attention to the length of the beep, as well as the number of beeps. Ultimately, you will have to check where the error is. In addition, some definitions that you may encounter in separate BIOS software such as AMI, Award, IBM and Phoenix can be found in this article.

Your computer stores all low-level settings such as system time and hardware configuration in its CMOS. Every change you make in your BIOS is saved in this cache chip called CMOS (Complementary Metal-Oxide Semiconductor). The CMOS is responsible for setting your BIOS password, time and date.

The program (bootstrap loader) that lives in your computer’s EPROM or ROM is tasked with reading your computer’s hard drive boot sector to move through the entire operating system load.

When you restart your computer, the boot loader activates POST and loads Windows 10/11 into memory. In modern computers, the bootloader is replaced by an EFI (Extensible Firmware Interface).

Many programs are stored in the memory chips in your computer. These low-level drivers are used to boot your system and perform basic operating checks on your PC.

You may need to access the BIOS when you encounter an annoying computer error, perform a CPU upgrade, or want to change your boot device. Laptops and PCs with Windows offer two easy ways to access your BIOS, check settings, and update them.

Computers go through a fast POST process to keep people waiting at the startup screen and boot up quickly. For this reason, it is useful to act quickly to enter the BIOS.

All computer and motherboard manufacturers, unfortunately, specify different keys for us to enter the BIOS.

If you don’t know the exact brand hotkey you are using, the following BIOS key list may help you.

When you press these hot keys while your computer is starting up, you should see the BIOS screen directly. Some systems require repeated pressing of hotkeys and some require another keypress in addition to the hotkey. As a reminder, you can refer to the user manual or the manufacturer’s website for the most accurate information about your computer.

As computers have developed technologically, boot times have also shortened considerably. Thus, there may not be enough time to press the hotkey, which causes confusion for some users.

In addition, when there are some system problems, it can become more difficult to enter the BIOS at boot. Now let’s take a look at the other method.

After the system restarts, a menu that you don’t normally see will appear. Click on Troubleshoot in this menu. 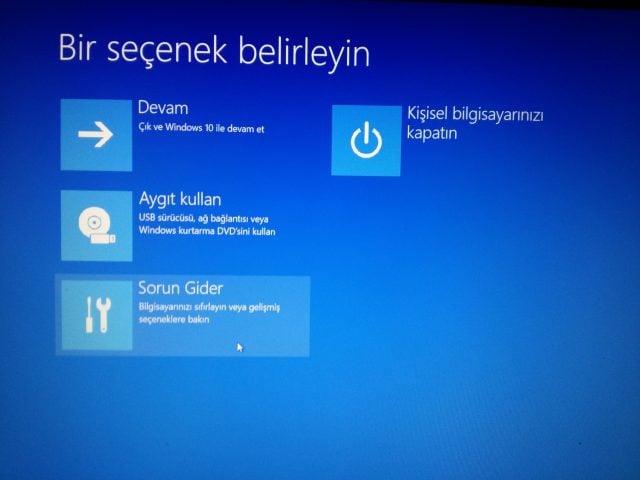 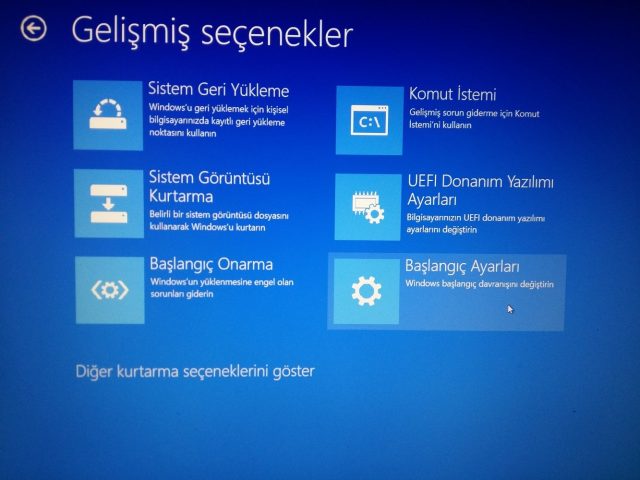 This option will allow you to access the BIOS directly. Finally, click the restart button and you’re done.

You can access the BIOS by pressing the designated hotkey during boot. So for old operating systems, you need to apply the first method we mentioned above.

Older operating systems and older computers generally have longer boot times. Therefore, the time interval for pressing the hotkey you have specified is longer and there is enough time to access the BIOS.

If you’re having trouble accessing the BIOS on your system, there are a few things you can do.

If your computer boots too fast to keep up with the BIOS hotkey, you can turn off the fastboot option to slow down your boot time and hit the hotkey. To do this:

There are many situations where your computer may refuse to enter the BIOS or give blue screen errors. In such cases, you can try to bring your computer back to life via the USB drive by trying to use a boot disk.

When the USB drive is started, you should be able to select a boot device at startup.

If you have encountered BIOS, reboot or any hardware problem, or if you have any questions, you can open a topic on Technopat Social.