Have you thought about what you would expect when you upload a video to YouTube 1,000 times? With 9 million subscribers, Marques Brownlee uploaded 1,000 videos to YouTube to test it, and the result is amazing!

Have you ever wondered how YouTube was able to host high-resolution videos measured in gigabytes? So how come we can watch such high-sized files instantly at very high quality? The answer is in YouTube video compression.

No videos uploaded to YouTube are the original size. Every video uploaded to the platform is subjected to a compression process and its size is significantly reduced. Let’s explain this rate: 4GB of a 30-minute video in 10GB size is probably down to 1.5GB. 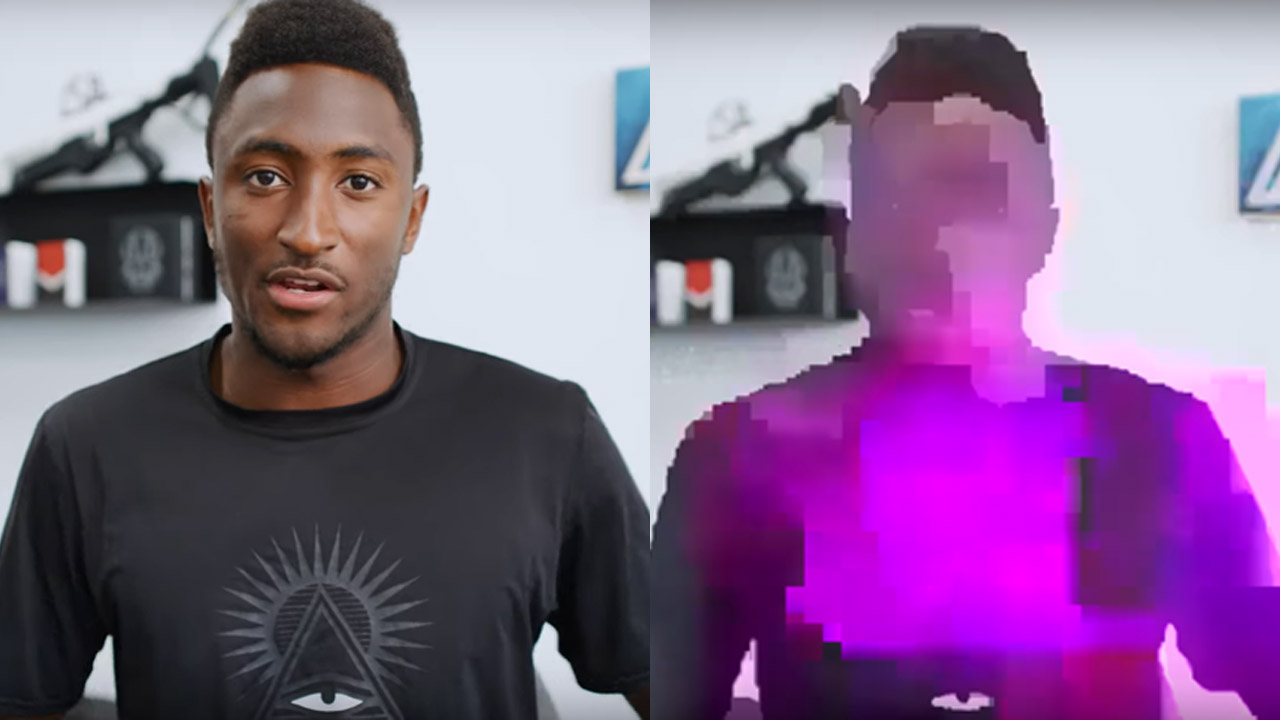 The question ‘Friend YouTube is compressing so much that it doesn’t spoil the video quality? Olabilir may be revived in your mind. Our answer is yes, YouTube is reducing the quality of videos. However, the quality of the videos is always close to the original video. So we can say that YouTube is successful at this point.

Is there a way to understand how much YouTube reduces quality? The answer was given by Marques Brownlee with 9.53 million subscribers. Marques came up with a crazy idea to see how much quality YouTube reduced: uploading the same video 1,000 times.

As you can see, Marques’s video is a short 30-second video. How will this test proceed? Marques will re-download, upload and download, download and upload every video it uploads to YouTube in the same way YouTube compresses it and will repeat it 1,000 times. The quality of the first video is pretty good compared to the original file.

In the second video, things are already beginning to deteriorate. When Marques downloads the first video he uploaded to YouTube again and throws it to YouTube, the quality seems to deteriorate at the same rate. In other words, the video that has already been processed is subjected to the same processing a second time. And the effect is increasing. What about the next videos?

When the same operation is done for the fifth time, there is not much deterioration compared to the second video. Of course, the sharpness and sharpness in the video seem to be reduced. However, it is very difficult to say that there is an extreme deterioration in general.

At this point, it is worth mentioning an important place mentioned by Marques. As those who are interested in video editing will know, we see frame-by-frame boxes on the screen as each video is processed. YouTube’s processing algorithm does not process boxes that remain largely the same throughout the video. So in the following videos, we will see that the background has not changed much, but Marques has changed a lot.

When we compare this video with the first video, we can see a big difference. The facial features of Marques and the details on her face have been removed. Another detail is the sound of the video.

What the hell is going on? The sound naturally shifted for the reason we call it. But I guess synchronization isn’t the only thing that’s broken. The quality of the video has also deteriorated significantly. At one point in the video, you can see that Marques’ face suddenly returned to the original quality. Of course, immediately after the video goes back to the poor quality.

We’ve crossed Marques’ voice as if he was drowning in the video. Marques’ face turns purple. At this point, it is useful to return to the frame-by-frame processing mentioned. Because of the quality that falls in each video, the pixel colors are similar. Consequently, distortions are more common because YouTube sees the same pixel colors as fixed.

The sound of the video is now delayed by 4 seconds. We should not ignore the significant decrease in sound quality. By the way, if you still haven’t seen the results of frame-by-frame processing, this video is quite ideal. We said that colors are increasingly similar, that’s where you’ll notice the most. As Marques’ hand moves and passes over the white background, a color between white and purple remains in that part.

The sound of the video comes in exactly eight seconds. Speaking in the video, Marques brings us great animation projects. Marques seems to be playing in a spectacularly animated animation film. Marques’s facial features are completely lost. We can also say that the background in the video is still in good condition.

All the contrasts and datas found in the video have disappeared. Marques has now become a purple person. However, the background did not show any distortion again. The paintings on the back are quite good compared to the original video.

And here’s the end! The sound on the video was so late he forgot to enter. The quality of the video has fallen to such a degree that we will not understand that it is human that has not been shown to us before. In the meantime, you can see the ‘operation of frame-by-frame processing with the naked eye as the video becomes visible pixels.

If you want to watch this test with Marques’s own interpretation, you can watch it in the video above. In general, the test shows us how good the YouTube algorithm is about video processing. For a video to completely lose its quality, you have to process it almost 600 times. In addition, the sound of the video sounds very understandable except for the problem of slipping.

You can watch all of Marques’s videos on YouTube. He shared a link to a channel he created to upload 1,000 videos. Click here to access Marques’ 1,000 video test channel.