During the test flight of Falcon Heavy, you can follow the position of the Tesla Roadster and the model man Starman, who is sent to an orbit that intersects the Earth and Mars’s orbits.

Exactly 11 days ago, the trial flight of the Falcon Heavy rocket with the world’s strongest rocket title in itself was successful, with a few exceptions. Most of our followers know what this burden is. Cherry color Tesla Roadster and a lifeless model named “Starman” sitting on it. At this moment we are continuing to turn more than 3.3 million kilometers away. 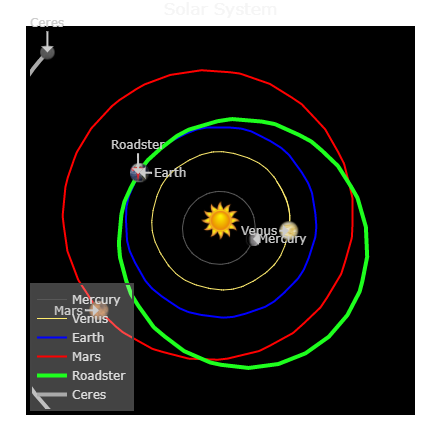 As you know, the last NASA and Space X head-to-head (with the help of an independent space-tracking agency) found where the Tesla Roadster was missing for some time and where to find it later. Now, if you are not surprised by your course, there is a possibility of crashing into Earth or Mars. But these are very remote possibilities.