We can say that Apple is the company that acts most sensitive about personal data privacy among technology giants. In the past period, Apple has begun to be more transparent about the data it collects with its own applications, and at the same time, it has started to take various measures regarding the data collected by other applications. The last step in this matter is that it is available with iOS 14.5. Application Tracking Transparency ‘ feature.

With this feature, which has been in use in the developer beta for a while, now all applications on iPhones and all websites visited through the browser are used to track actions on the device. must explicitly request permission from the user. With the introduction of this feature, which will put them in a difficult situation in showing serial advertisements, especially in companies such as Facebook and Google, there have been applications seeking a solution in their own way. These applications offer special offers to their users in return for their tracking permission. ‘bribe’ began to offer.

A warning came to the developers from Apple, who noticed the situation: 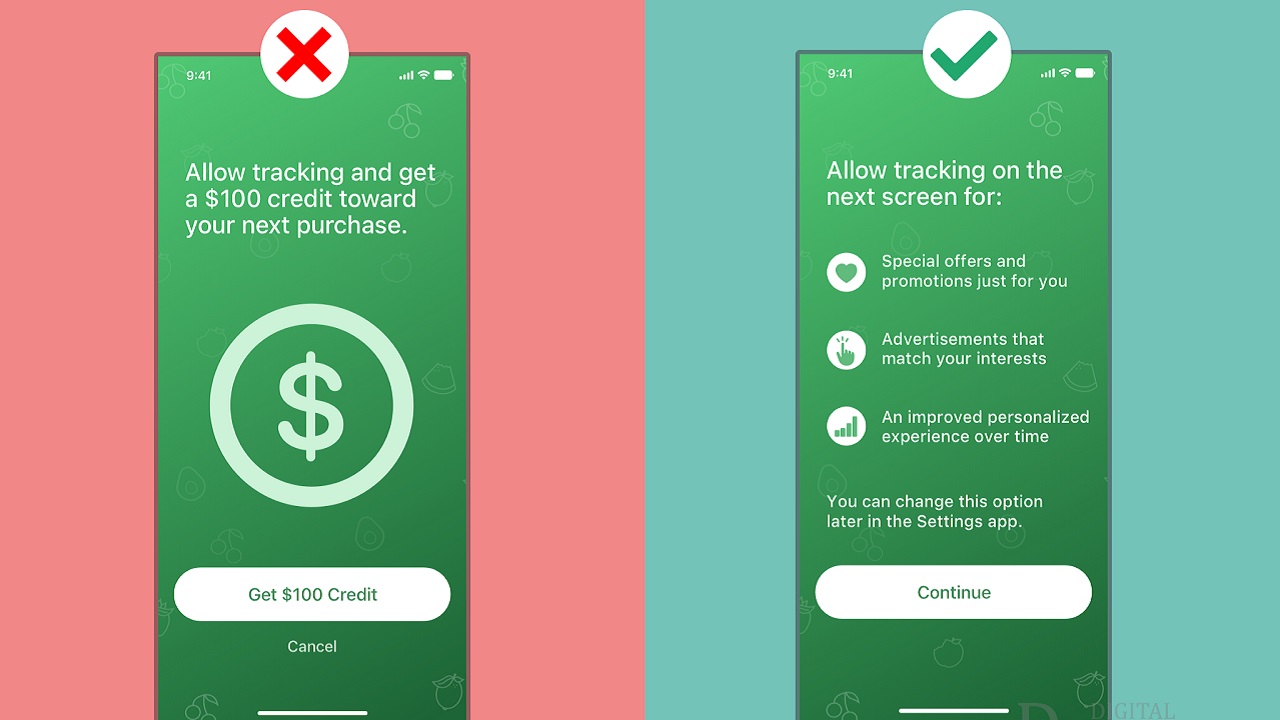 The main reason Apple has implemented this feature is to ensure that users clearly know what data is being used for what purpose and can make the decision to allow or not accordingly. However, some application developers ask their users to disable the feature. Let us track your data, win a $ 100 gift voucher ‘

It started issuing warning messages like . This is a completely opposite application with Apple’s intention to make the feature available.

However, of course, it did not take long for Apple to take action on this issue. Publishing a warning for developers, Apple stated that applications cannot ask for permission by offering special opportunities in this way. Accordingly, applications should clearly indicate to users why they want to track and use their data. Apple, the steps to be followed in this regard. interface guidelines also updated and made clear expressions that can and cannot be used. At the same time, Apple stated that the apps cannot tell iPhone users that ‘if you do not allow us to track their data, you cannot use our app’.