Vivo introduced the Vivo S12 series flagship smartphones. Vivo S12 series consists of two devices. These devices are listed as Vivo S12 and Vivo S12 Pro. S12 series phones are supported by MediaTek Dimensity processors. In addition, the phones have RAM options up to 12GB. Both devices feature a triple camera setup with a dual lens on the front and a 108MP main camera on the back.

Vivo S12 Pro has a 6.56-inch FHD+AMOLED display with 2376×1080 pixels resolution, 19.8:9 aspect ratio and 90Hz refresh rate. The screen can go up to 1300 nits. It also has HDR10+ certification. The S12 Pro is equipped with an octa-core MediaTek Dimensity 1200 processor built on the 6nm manufacturing process. The device also features the Mali G77 GPU. In addition, it should be noted that it will come out of the box with Android 11-based OriginOS Ocean software. 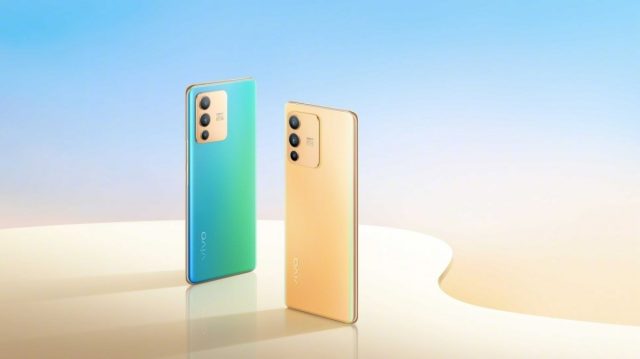 The Vivo S12, on the other hand, has a 6.4-inch FHD+AMOLED display with 2400×1080 pixels resolution, 20:9 aspect ratio and 90Hz refresh rate. The display also comes with HDR10+ certification. Vivo S12, which houses a MediaTek Dimensity 1100 processor, will run Android 11-based OriginOS Ocean software, as in the Pro model. On the back of the smartphone, there is a 108MP main camera, as well as an 8MP ultra-wide-angle lens with a 105° field of view and a 2MP macro sensor. On the front, there is an 8MP ultra-wide-angle lens alongside the 44MP primary sensor.

The Vivo S12 will come with a 4,200mAh battery with 44W fast charging support. The smartphone has a USB Type-C port and an in-display fingerprint scanner. Launched in Gold, Black and Blue color options as in the Pro model, the smartphone’s connectivity options include dual sim, 5G, 4G, VoLTE, dual band Wi-Fi 6 802.11 ac, Bluetooth 5.2, NFC and GPS.