The necessity of using masks continues in many parts of the world these days, where we still feel the impact of the pandemic quite intensely. For those who do not comply with this requirement in many countries fine is applied, if the situation is repeated, the penalties change.

Indonesia is one of the countries that have very strict rules regarding mask obligation. In Indonesia, where fines are applied to those who do not wear masks, just like in our country, foreign visitors can be deported upon repetition of the situation. There are such strict applications in Indonesia however, a rather ridiculous incident happened. Without a ‘joke’ mask on their faces, with mask makeup Two YouTubers trying to break into a market faced the prospect of being deported.

The immigration office will consider: 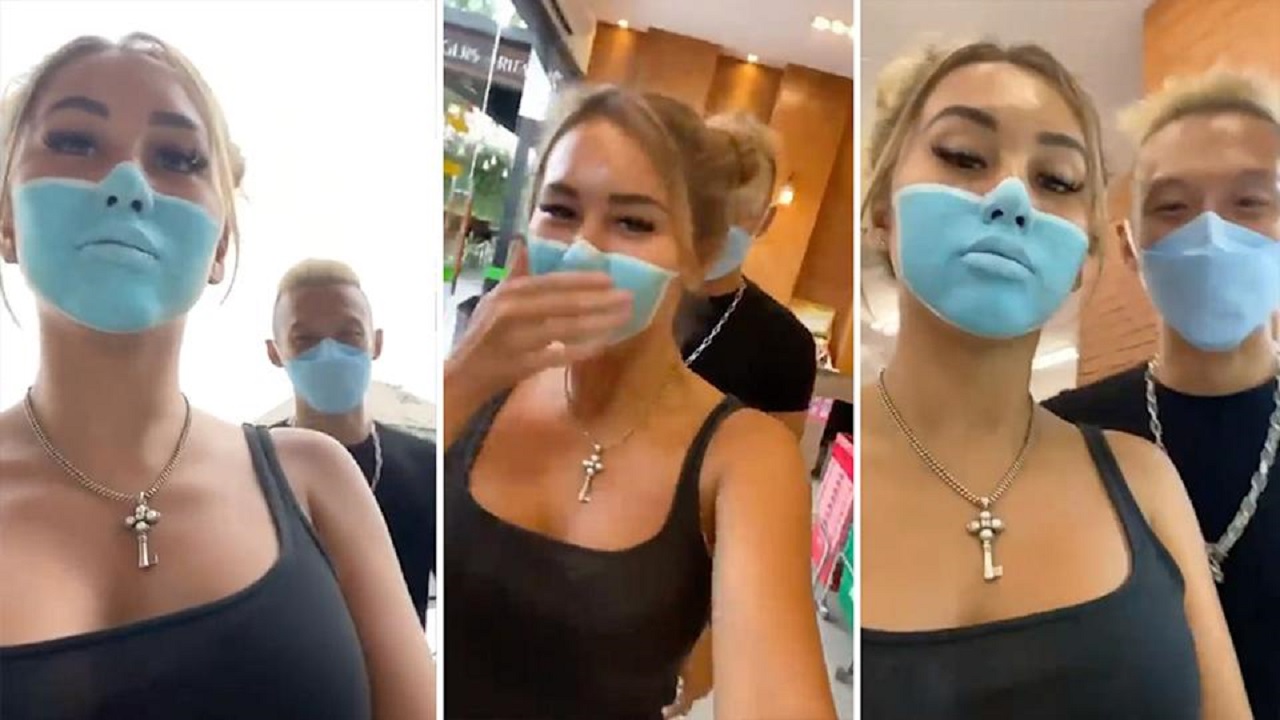 A YouTuber with 3.4 million subscribers Josh Paler Lin and Leia Se, in the video in question, first try to log into a market without a mask and are not able to enter. Later, Leia Se puts on a mask makeup on her face and tries to reenter the market. The video featuring Se, who can enter the market with make-up, in a short time. goes viral.

Actually, this ridiculous move is the first rule violations of the duo, but the video has made a lot of noise, so Balinese officials have reported.. Evaluations on whether they will be deported or not continue. However, it is known that the first decision of the police was in this direction. The assessment is carried out by the immigration office and the regional office for Law and Human Rights. Of course, the video in question was removed from YouTube during this period, and Lin and Se were together as a apology video also posted.

In the video of their apology, both of them in a mask with the lawyer yellow, the owner of the channel is Lin “ My intention of making this video was never to be disrespectful or to invite everyone not to wear a mask. I make these videos to entertain people because I’m a content creator and entertaining people is my job “, Lin concludes his video by adding that they will never do this again.