Intel had launched its 12th generation processors with its official announcement and reported that it will launch as many as 60 products based on Alder Lake silicon. However, this presentation did not mention exactly how many different processor types will come. Now, an interesting information has emerged and it is said that there will be two separate configurations on the Alder Lake platform. 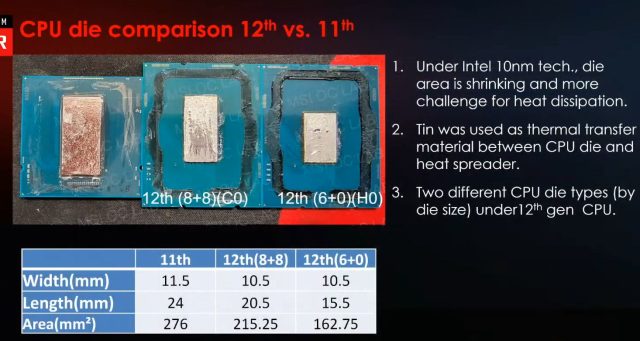 During an MSI Insider post, the company confirmed that its desktop Alder Lake CPUs will ship in two variants with 8 Golden Cove and 8 Gracemont cores, or just 6 Golden Cove cores. As we mentioned earlier, high-performance large cores are called Golden Cove. The cores we call Gracemont, also known as ‘Small Core’ or ‘Atomic Core’, focus on efficiency.

The CPU die, which consists of only 6 Golden Cove cores, has not yet been used, or at least no announcement has been made. In this context, Intel is expected to launch the non-K Core series and lower-end Alder Lake-S CPUs such as the Pentium early next year. 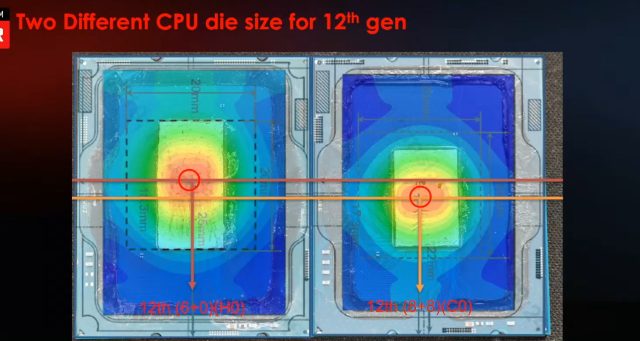 The 8+8 core CPU has an area of ​​215 mm², while the 6+0 configuration measures 163 mm². MSI employees stated that there are no Gracemont efficiency cores in the mentioned chips.

It is especially worth noting that these two separate molds are not included in the only Alder Lake silicone to be produced. Intel has confirmed that it is planning special variants of 6+8 and 2+8 yellow for the Alder Lake-P and Alder Lake-M mobile series. However, we do not expect mobile versions to be released until January again.

Interestingly, Intel has shown for the first time the actual pattern of the Alder Lake-P CPU, quickly measured by Andreas Schilling of HardwareLuxx. The size is estimated to be around 217.2 mm². The mobile chip is roughly the same size as the Alder Lake-S 8+8 die. Because the mobile version is equipped with 96 graphics cores, while the desktop version has 32 graphics cores.