Twitter for desktop now has a design similar to Twitter. The developer, who publishes a plug-in for users referring to Twitter’s old days, presents the old Twitter design to users.

After changing the theme of Twitter’s site, many people, Twitter rained criticism. The number of people who say that Twitter’s theme is similar to Facebook or that it is exactly the same as the mobile version of Twitter is quite serious. Mozilla Firefox and Chrome plug-in GoodTwitter, the internet browser to return to the old design Twitter. It can be downloaded for free as an open-source plug-in, and the old Twitter is available by adjusting browser requests.

Initially Twitter; He added that with the addition of new features, the updated desktop design will help to increase speed, and this design allows for faster deployment of new features. The update was the first major design change to the desktop version of the platform in 7 years. 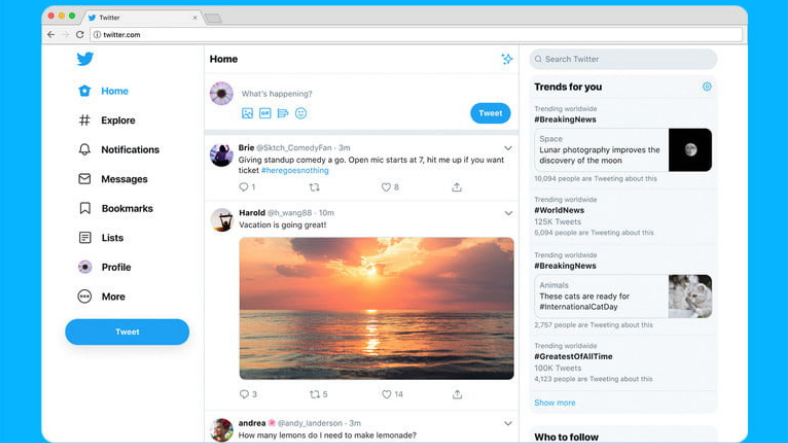 Designed by an add-on developer, the extension has already moved to version 1.7 a few days after the start of the new design. Also fixed a few bugs in the original extension, including a lack of copy and paste. Now the extension has a 4.7 star rating. Google Chrome users who want to get the plug-in here, Mozilla Firefox users can click here to go to the page you can download the plug-in for free.