Turkey’s active followers count Enes Batur, which has the most youtube channel, Logan met with Paul in the first leg of the series has just begun. 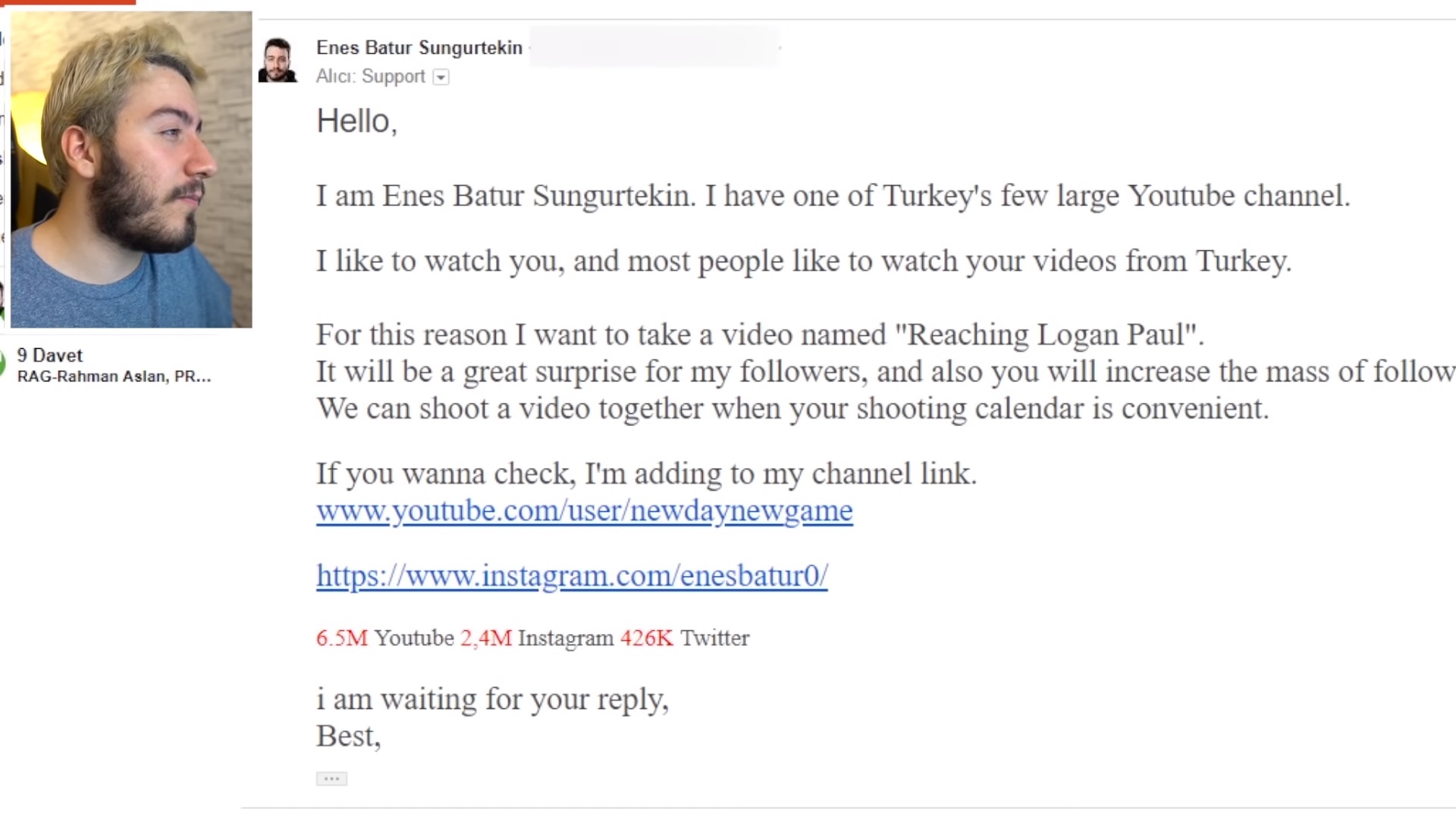 Enes Batur new series was announced in the following way: “I did for a video reach Logan Paul. # Ünlüyübul Series my first episode of Celebrity Find world for a series to find famous people. We’ve reached Logan Paul. I gave special gifts to Turkey and invited us to his house It was a nice, funny and funny video. ”

We leave you alone with the video that Enes Batur has included in the process of all reach:

You do not like Enes Batur, you are a different subject, but the work you did is really successful. Indeed, having such a celebrity on the same video is a situation that can only be done by spending billions of dollars. We hope to have a video with more qualified people in the future.