Trade tensions between the US and China continue to affect companies on both sides. Undoubtedly, the tension between these two giant economies is affecting Apple and it seems to continue to affect it. Trump said some of the exemptions Apple wants for the new Mac Pro cannot be given, they should produce in the US instead of importing from China.

US President Donald Trump announced today that Apple will not be subject to any special authorization for Mac Pro components manufactured in China. Apple had asked the Trump administration to exclude some Mac Pro parts from the 25% tariff, but Trump said the US government would not make any exemptions.

Apple says there is no other source to find the right components for the new Mac Pro, which will be released later this year. Trump wants these parts to be produced in the United States, while Apple says that production in the US is not possible.

Apple will not be given Tariff waiver, or relief, for Mac Pro parts that are made in China. Make them in the USA, no Tariffs!

US President Trump, in his tweet, “Apple, Mac Pro parts manufactured in China will not receive exemption or consent tariff. Produce them in the United States, tariff possible!” said. Trump’s attitude seems to put Apple CEO Tim Cook in a difficult position. Apple, in a statement previously made by Trump’s tariffs, increased the prices of products, which makes it difficult to compete with international competitors, he said.

Donald Trump said that if no other resources could be found in time, certain parts could be privileged, but apparently Trump is not convinced that such a privilege is needed for Mac Pro. 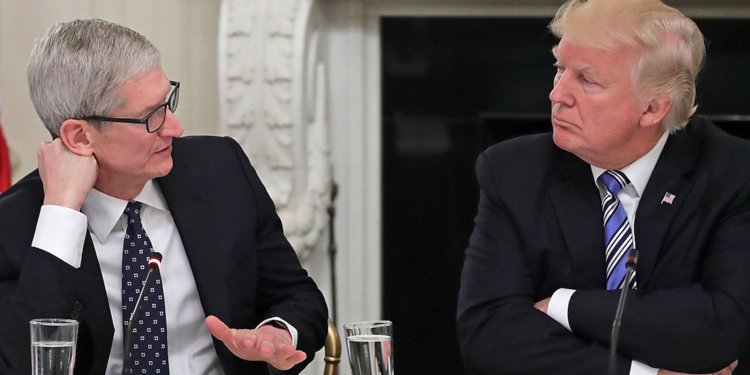 Many Apple products have managed to stand out from these fees added to imports so far, but Trump has proposed a new tariff worth around $ 300 billion. If this tariff is accepted, almost all products produced in China will be affected.