Former US President Donald Trump signaled that he could run for the presidential election to be held in 2024.

Donald Trump, who handed over the presidency to his Democratic rival Joe Biden on January 20, made his first address to the crowd at the 2021 Conservative Political Action Conference in Florida.

Speaking in a fully packed hall, Trump heavily criticized the Biden administration and shared his views on the future of both himself and the Republican Party.

“Haven’t you missed me yet?”

In his words, “Have you missed me yet?” Trump said that the political movement they started 4 years ago is not over, on the contrary, they have just started on the road.

Trump clearly denied the new party allegations and said, “I will not establish a new party, the news in this direction are false. The Republican Party is our party. Our movement of proud, hardworking and patriotic Americans has just begun and we will win in the end.” 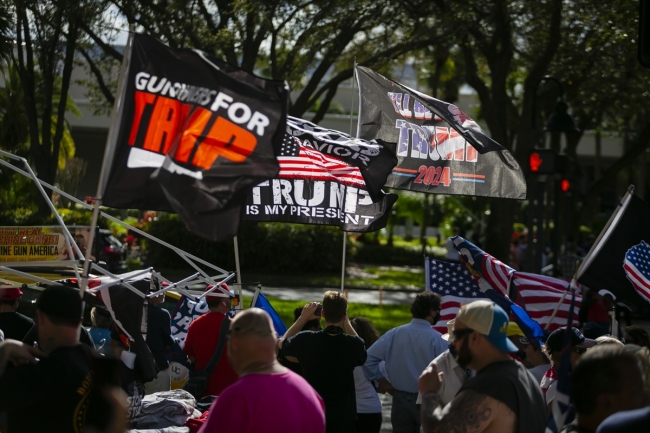 Spoke for the 2024 presidential elections

Trump gave hope to his constituency as to whether he would run for the next presidential election.

Defending that he clearly won the elections held on November 3, 2020, Trump said that he could be a candidate for 2024, “Who knows, maybe I can decide to beat them for the third time, okay?” announced in the words.

Trump also said that he will take active and active roles in the Republican Party on the way to the 2022 Congressional midterm elections and the 2024 elections and that they will work together to win these elections.

Claiming that they will first win the House of Representatives and the Senate, Trump said, “Then someone will win the Republican presidency, but who is it?” His words were applauded in the hall.

“Biden is the name that had the worst first month”

Trump, who was burdened with the Biden administration for most of his speech, argued that while they said “America first”, Biden followed the “America first” policy.

Saying that “Biden is the name that had the worst first month of all presidents”, Trump criticized the Biden administration’s immigration policies and claimed that the country’s doors were opened to illegal immigrants.

Defending that his administration laid the foundations of the USA’s fight against the new type of coronavirus and that Biden is implementing those plans today, Trump said, “We finished the vaccination studies in record time as no one expected. Biden is going through the plans we have prepared and now the media is giving him all the credit. ” said. 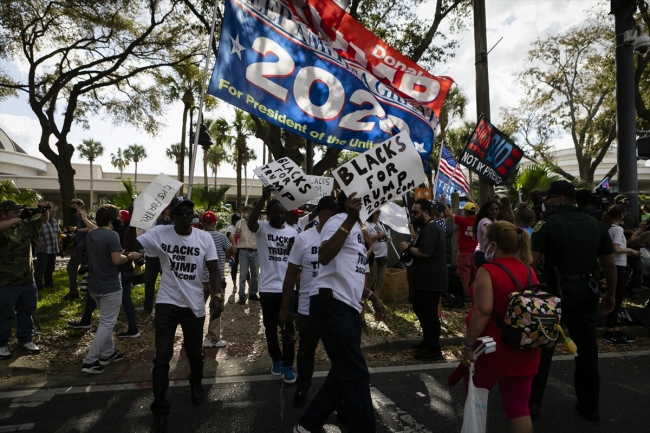 Criticizing Biden’s return to the Paris Climate Agreement and the World Health Organization “without any new negotiations,” Trump said the winning countries were China and Russia.

Trump also criticized the steps taken by Biden in Afghanistan and Iraq, saying Biden’s policy of returning to a nuclear agreement with Iran, “They lifted the sanctions without taking anything.

He repeated his allegations of cheating in the elections

Repeating his allegations that the presidential elections on November 3, 2020 were manipulated, Trump said, “This election was cheated, and then the Supreme Court and other courts did not have the courage to do the right thing.”

Defending that the US should urgently reform the electoral system and completely revise the postal voting method, Trump said, “Our election system is worse than many 3rd world countries, you all see it.”

Trump commented that it was “incredible” that he lost the elections despite receiving the highest vote in US history in the elections he entered while he was in office, and that postal manipulation resulted in this result.

Trump claimed that social networking platforms such as Twitter and Facebook “target and shut down conservative accounts in the country” and said these companies should be audited.

“When Twitter, Google, and Facebook censor conservative accounts, these firms must be sanctioned,” Trump said. He called for the immediate repeal of Article 230 of the law, which allows the companies in question not to be held responsible for the contents.

On the other hand, the rate of those who stated that they would support Trump’s candidacy for the 2024 presidential elections came out as 55 percent in the poll among the participants of the conference just before Trump’s speech.Trump gave the green light to the 2024 presidential candidacy.The Russian Federal Information Technology and Mass Media Supervisory Authority accused the social media site Twitter of deliberate violation of Russia’s laws.

In the statement made by Roskomnadzor, it was stated that since 2017, 28 thousand requests have been sent to Twitter to remove content that encourages suicide, obscene and drug abuse.

In the statement, which pointed out that about 3 thousand illegal content was not removed by Twitter despite the requests in question, it was stated that “Twitter deliberately violates the laws of Russia”.

Within the scope of the decisions taken, a curfew will be imposed from midnight to 04:00. Ramaphosa announced that religious, political and cultural programs will be allowed provided that social distance is maintained and COVID-19 rules are followed.

Stating that the programs will be limited to 100 people in indoor areas and 250 people in open areas, Ramaphosa emphasized that the use of masks will continue to be mandatory all over the country.

Ramaphosa announced that 67 thousand healthcare workers were vaccinated against coronavirus in the last 10 days.

In the Republic of South Africa, the number of cases increased to 1 million 512 thousand 225 and the total loss of life to 49 thousand 941.

Sharing the information that there are 49 vaccine centers across the country, Ramaphosa drew attention to the decrease in COVID-19 cases and death rates.