One of the sectors most affected by the coronavirus pandemic is the chip crisis. automotive industry happened. Şirkedollarser decided to stop production due to the deepening crisis. Toyota, which now manufactures for America’s, has announced its new decision on this issue. According to the information received, the factory in Sakarya Adapazarı will take a two-week break from production. The process, which will begin on August 20, Will continue until September 5th.

Toyota was producing the mini SUV model C-HR and Corolla in its factory in Adapazarı. According to the data of 2020, the vehicles leaving this factory will increase the sales in Europe. was meeting one in 3 alone. Moreover, a high proportion of 75 percent of the vehicles produced at the said factory were hybrid models. This is the production process, with the decision taken. will be interrupted for 2 weeks. 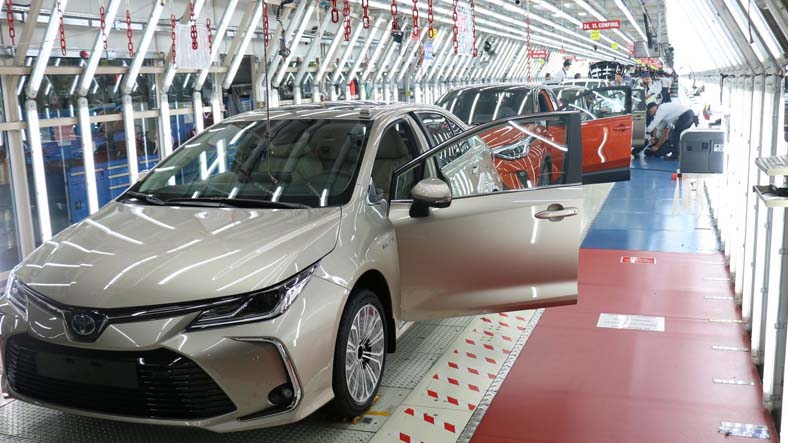 Corolla and C-HR models produced in Toyota’s factory in Sakarya 90 percent is exported. In this context, 79 percent of the models exported last year were sent to Europe, 13 percent to the Middle East, North Africa and other countries. The amount of vehicles sent to the USA made up 7 percent of the number of exports. in 2021 247 thousand vehicle production and Toyota, which has an export target of 197 thousand, seems to stop production, which may hinder the achievement of these targets.

The crisis affecting the automotive industry does not seem to pass easily. Manufacturer of chips for the industry STMicroelectronics

Jean-Marc Chery, CEO of , said that the crisis will only begin to improve gradually in 2022, and that a return to normal Before first half of 2023 states that it will not be possible. No one knows what will happen in this process. . .