There was a mind-blowing theft in the Kumkadı District of Bursa’s Mustafapaşa District. Suspects named HSHVOY and OE stole the tractor of a citizen named HD worth 150 thousand Dollars . The thieves, who sold the stolen tractor to a farmer in Gemlik, were caught when they wanted only 10 thousand Dollars for the tractor . The gendarmerie, who started an investigation into the incident, found the tractor being used in a double-sided bike.

The statements of the suspects caught in the operation organized by the Gendarmerie teams were not shared with the public. In other words, it is not known that these thieves sold a tractor worth 150 thousand Dollars for 10 thousand Dollars .

They have been involved in similar crimes before 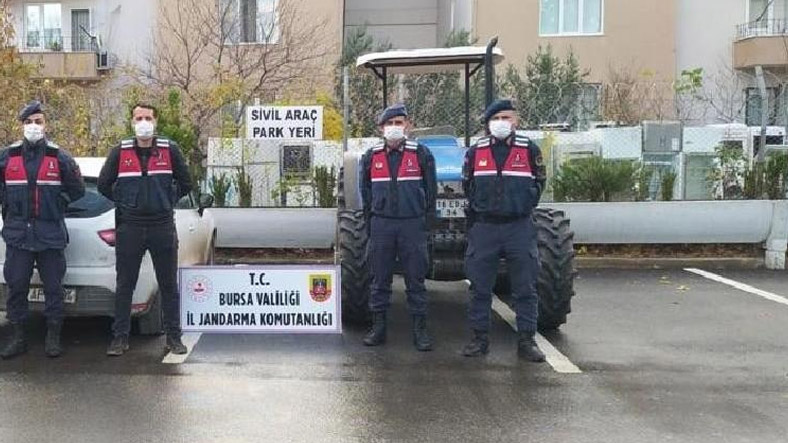 One of the suspects taken into custody, O.E., previously tractor theft and it was determined that he was a fugitive. It was understood that OY had a record of various crimes. The suspects, who were brought to court after their statements at the gendarmerie, confessed to their crimes .

The court decided to arrest OE , who had been involved in a similar offense before, and OY , who had a record of different crimes. HS and HV were released pending trial …