The results of a comprehensive study named Freedom in the World (World Freedom), which includes all countries of the world, are outlined.

The study, which finds itself widely in the world press, offers important information about the freedom professions of the countries. So what Turkey case, according to this study? Annually, the release of the Freedom in the World study for 2018 was published. Countries are evaluated with an objective approach according to different criteria and they are divided into 3 different groups as “free, partially free and not free”.

88 countries, including Britain and the United States, were included in the “free” grouping according to the results of the study. Syria, headed by Bashar al-Assad and led by our country’s Afrin Operation for the past week, was declared the country with the most restrictions on freedoms with -1 points. The evaluation scores ranged from -1 to 100. In the studies, the evaluation criteria of the countries were covered within the scope of civil liberties and political rights. 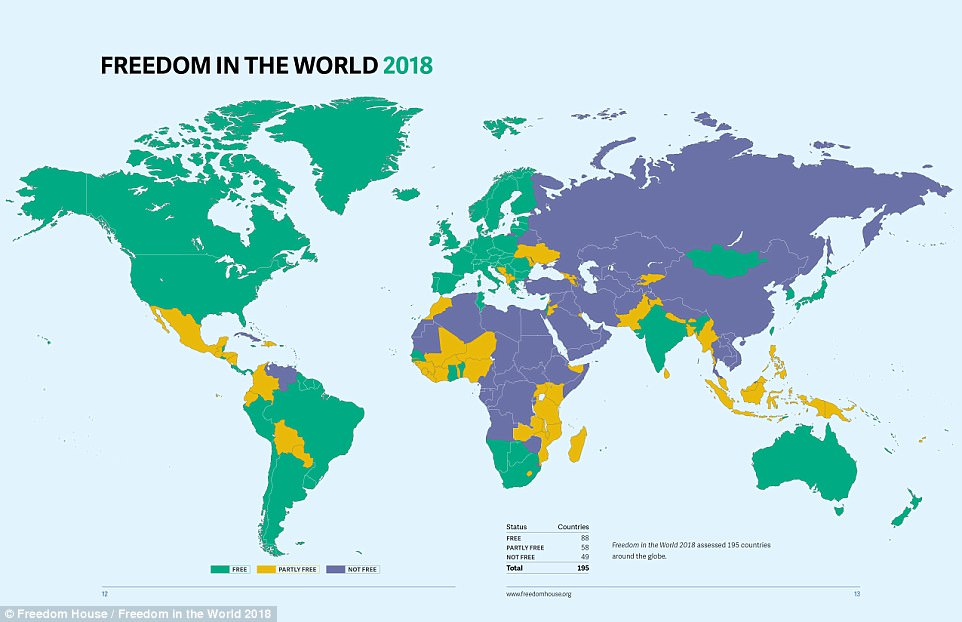 The groups that you see on the following map correspond to the following: Green (Free), Yellow (Partially Free), Blue (Not Free) The study, which includes 195 countries in total, describes 88 of these countries as free, 59 as partially free and 49 as non-free.

The 12 countries with the worst rating are: 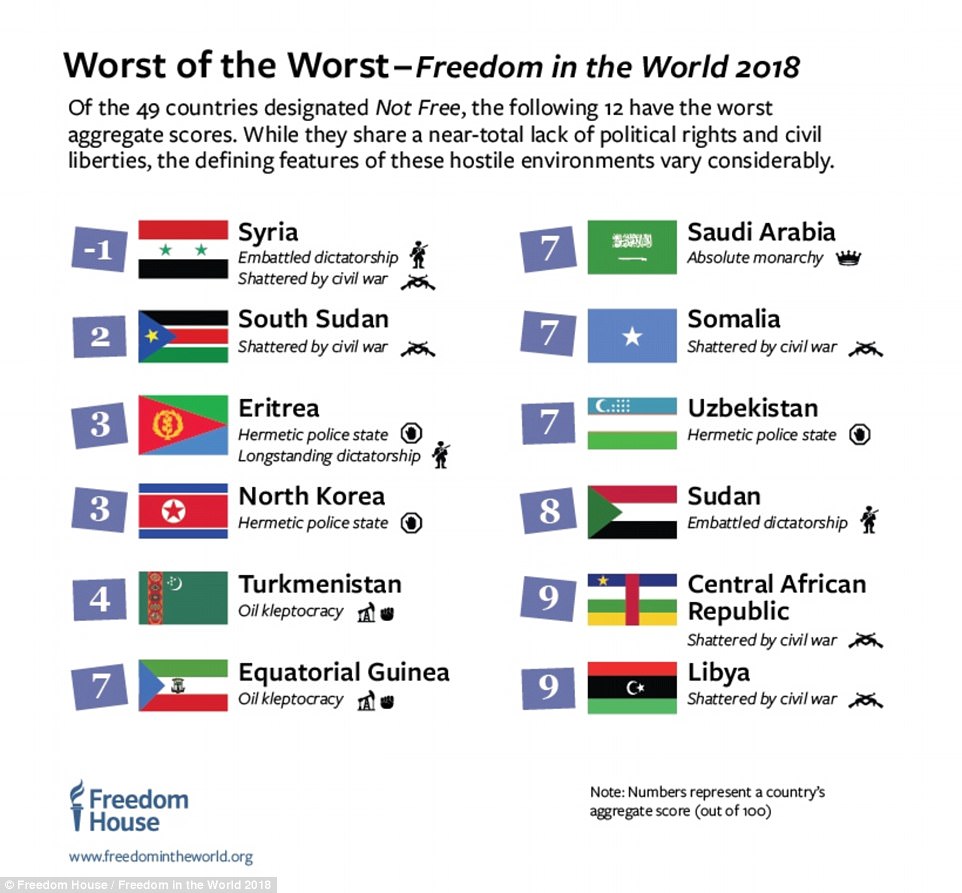 Syria, which is rated as the country with the most freedom restrictions, scored -1, and it does not seem to be in the way of being evaluated as “broken by dictatorship and civil war in war”. Then the list goes on: South Sudan (2, disintegrated by civil war), Eritrea and North Korea (3, closed police state), Turkmenistan and Ecuador Ginesi (4, corruption ruled by a single family), Saudi Arabia, (7, absolute monarchy, civil war and police state), Sudan (war dictatorship), Central African Republic and Libya (9, civil war).

The values ​​of the Global Freedom Map are as follows: 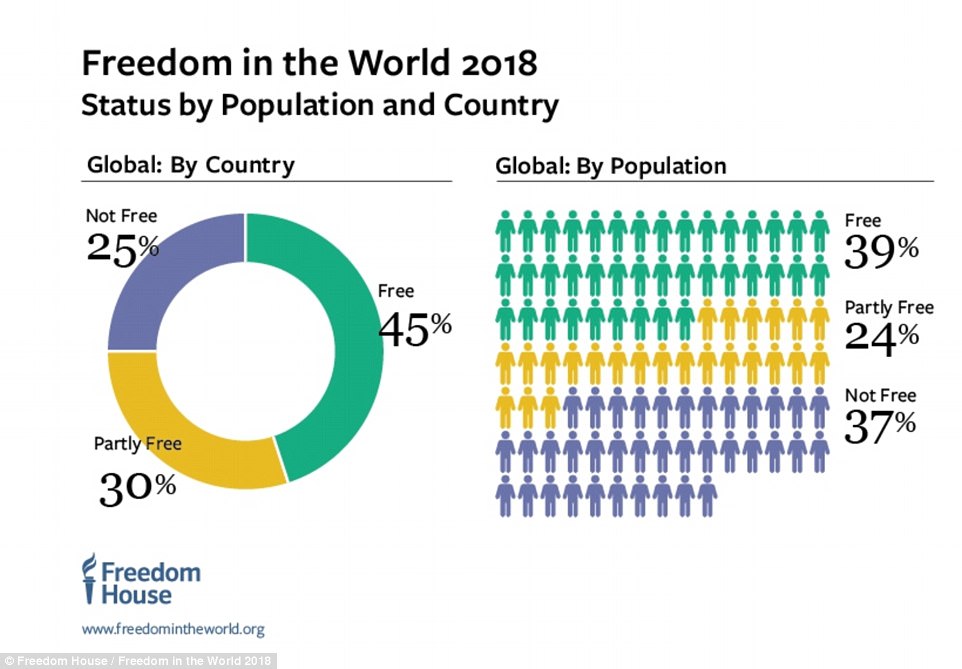