Developed to play on mobile devices, you can download it from mobile application stores such as App Store, Google Play and play it on your iOS and Android operating system devices. the endless running game Subway Surfers, manages to enter the list of the most popular games almost every year since its first release in 2013. But Subway Surfers

This remarkable success is not the only talk about .

By a Twitter user a while ago Subway Surfers

A claim has been made about . According to this claim, the purpose of the game was that the developer wanted to commemorate his son who lost his life. The shocking claim quickly became a phenomenon and, like any rumor, it grew and grew. Well, really Is there such a tragic story behind the Subway Surfers game? Let’s take a closer look at this event, which once again proves that we should not believe everything we see on the Internet. 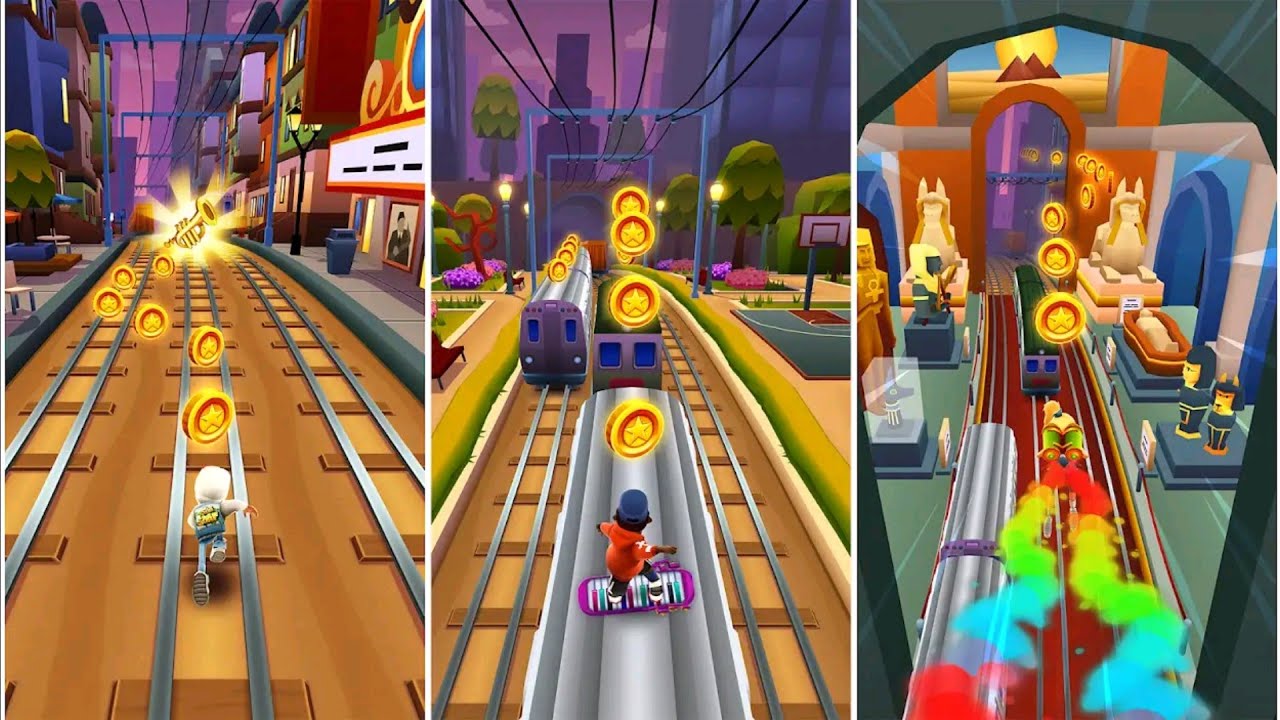 Subway Surfers, which you can download from mobile application stores such as App Store, Google Play and play on your devices with iOS and Android operating systems, is an endless running game. So if you don’t hit any obstacles, you can play the game without stopping. These types of games have become increasingly popular in recent years.

Subway Surfers game story is as follows; our character in the game draws a graffiti or mural on the wall of the train station. Meanwhile, the station guard and his dog see our character and the chase begins. As you progress in the game, you collect gold and you can improve your character with these gold, or you can buy new characters if you wish. The only goal of the game is to score as high as possible without getting caught in obstacles.

The story of the game looks quite entertaining. Evaluated in the sports and action category and with very cute graphics There is a claim about Subway Surfers that it is enough to fill the eyes of the players. The person we learned about this tragic story is a Twitter user. 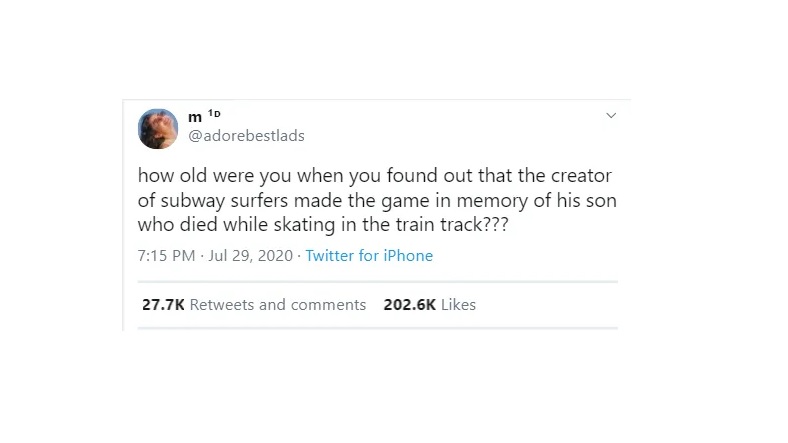 On July 29, 2020, a post was made by an unknown Twitter user. In this post, Subway Surfers to keep alive the memory of his son who lost his life while skateboarding at the train station was mentioned to be making this game. The claim fell like a bomb on the agenda.

After this post, which received hundreds of thousands of likes and tens of thousands of retweets, the gossip boiler began to boil rapidly. Those who said they had known about the incident for years, allegedly posted a photo of the child and even posted fake reports wherever they found it. No one bothered to really ask the creator of the game if such a thing was real.

The tragic Subway Surfers story is a lie:

The developers of Subway Surfers game, which was released in 2013, are Kiloo and SBYO Games company. So there is not a single person making the game. However, if you need to focus on one person, this person is an employee of SBYO Games company. is Mathias Gredal Norway. Norvig is considered one of the game’s main developer minds.

Mathias Gredal Norvig talks about why they made the Subway Surfers game and what inspired them during a conference in 2018, two years before the tragic story claim. No, There is no child who died as a result of a tragic accident. Norvig says they got the inspiration for this game from street life, music, street art and the tick lifestyle of skateboarders.

Developers of Subway Surfers game like everyone who watched the Back to the Future movie series from their childhood developed this game with their passion for skateboarding. There is neither a tragic story nor a father mourning the death of his deceased child. What is meant to be told in the play is a young boy who feels the street spirit in his veins.

Where did this fake story come from? 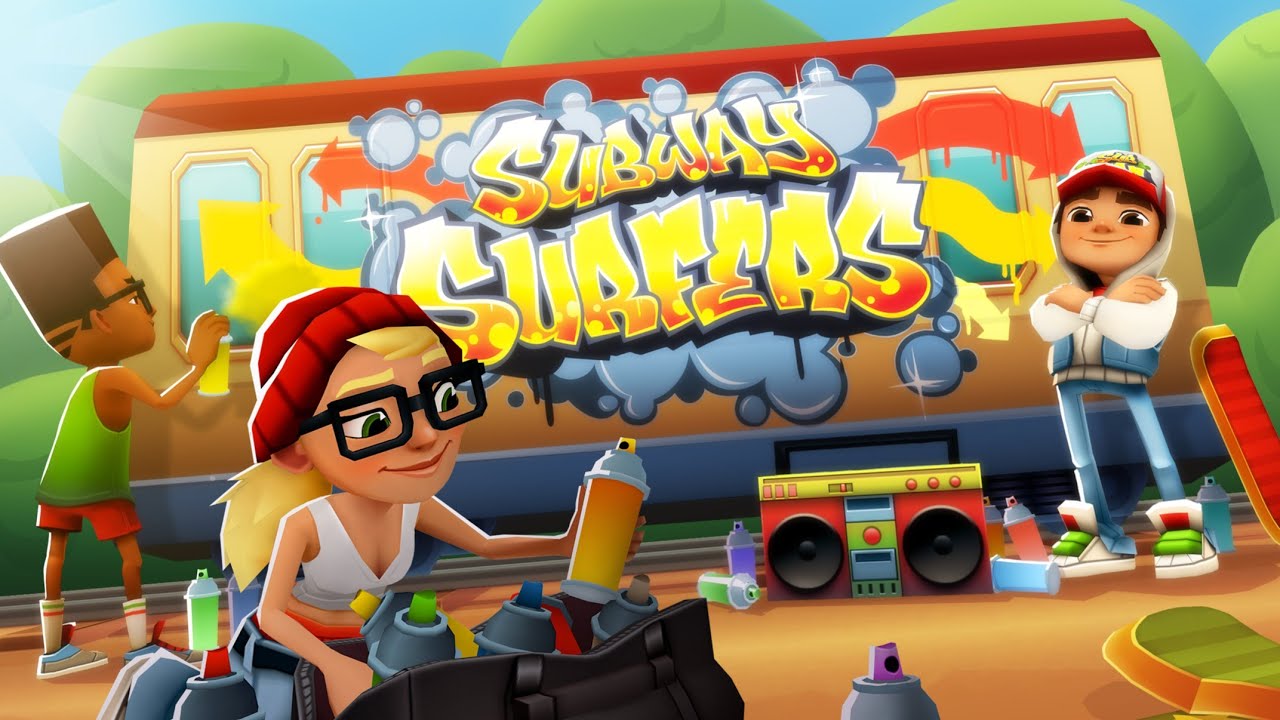 The internet world constitutes the largest information network humanity has ever seen. Moreover, this information is not only from official sources, we also learn from individual experiences. Unfortunately, the vast majority of unconfirmed information by official sources or first person is false. There is a great amount of information pollution.

The Twitter user who claimed that Subway Surfers had a tragic story behind the game was probably not a bad cause. It can be boring for some when a few people get together and make a successful game of street passion. Because real life is boring sometimes. He may have wanted to spice up this boring story and get some interaction.

This lie has two disturbing points. The first is that the person who spreads this claim can write a fan fiction and distribute the boredom of real life with a beautiful story, but content with a post that he does not state that it is a fiction of a few words. The second annoying point is how come everything we see believe such unquestioned? 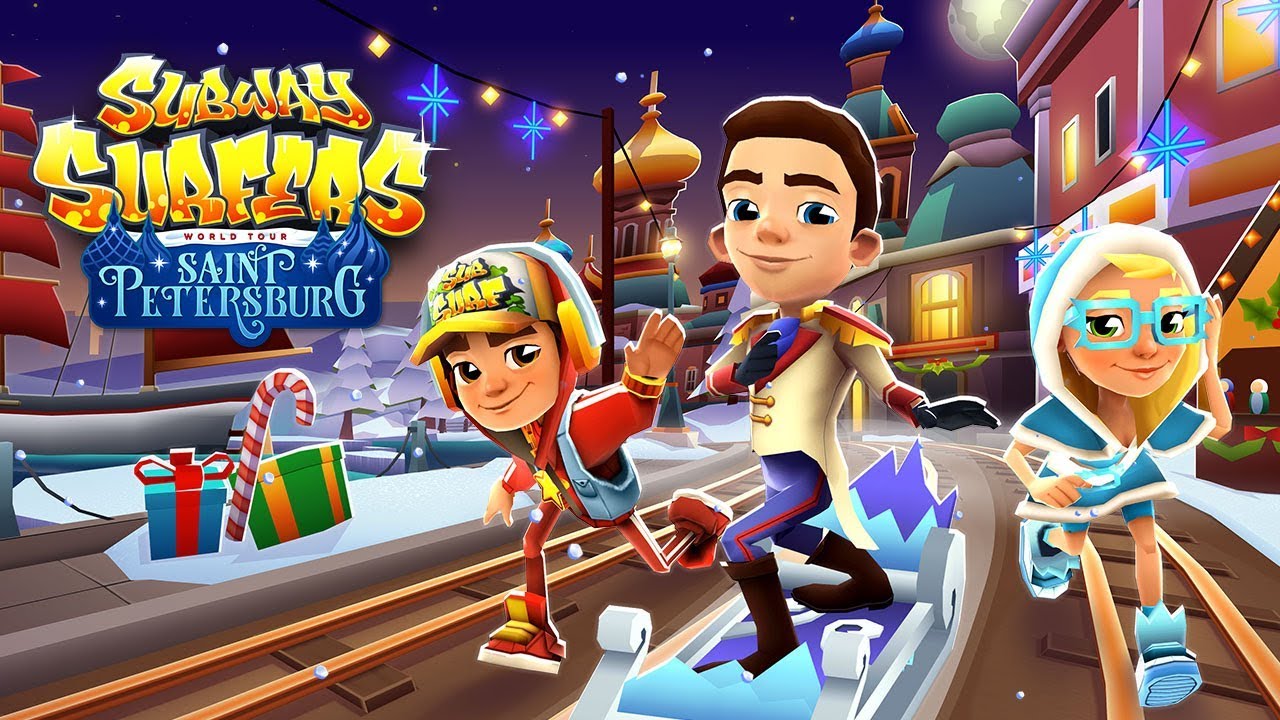 You might think, “Oh, don’t exaggerate, the bottom is someone made up an untrue story about a game, didn’t reveal the state secret”. You are right but this The fake news boom is not just a few simple examples. Thousands of such fake news are shared every day from unnamed and unknown social media accounts.

Although some of the fake news posts are innocent posts for entertainment purposes, some on subjects sensitive enough to mobilize kidols. The new fashion is to open a parody account. There are maybe hundreds of social media accounts that are very similar to important people or institutions but that indicate a parody in a small place.

There are many different examples on this subject that we cannot think of. People should make such posts and believe in such posts. make it a habit is today’s biggest problem. We have explained in our article here how you can confirm the information you see in the internet world. You may want to keep some methods in mind.

The tragic, which started with an innocent Twitter post and quickly turned into an internet phenomenon We told you what you need to know about the Subway Surfers story lie and we talked about the fake news rush in the internet world. Be you, do not believe anything you see on the internet without question.