The fissure around Kenya may indicate that the division of Africa in the future has begun.

The deep cracks, which suddenly appear on Kenya’s south-west and stretch for miles, are regarded by scientists at the beginning of the division of the African continent into two. 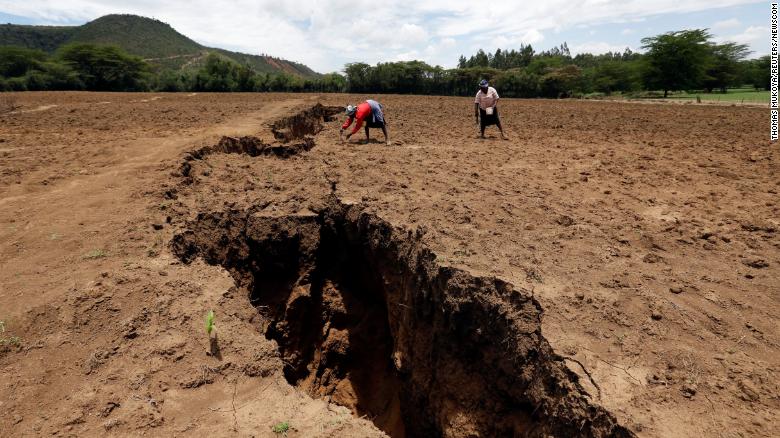 These new cracks and crevices observed in Kenya, where there were millimeter-sized slits during the past decades, became visible throughout long distances and became the beginning of the process by which scientists divide the African continent into two and create a new ocean.

As you can see from the video an, the situation looks serious. However, we must state that there is nothing to be done in the short-term process. The best chance is that this process will take millions of years to come.