A new patent for Samsung’s foldable screen phone Galaxy Fold has emerged. This patent shows that the Galaxy Fold 2 will have S pen support and the phone can be folded in either direction.

South Korean technology giant Samsung, the first foldable screen Galaxy Fold’ da experienced many problems. The company had to reclaim the test phones before it was released and the renovation work continued for several months.

As a result of the technical problems related to the Galaxy Fold‘s an announced that the fixes. Now a patent for the second model of the Galaxy Fold has emerged.

This patent, issued by LetsGoDigital, was obtained last April. This interesting patent reveals that Samsung’s updated Galaxy Fold is able to fold on both sides. 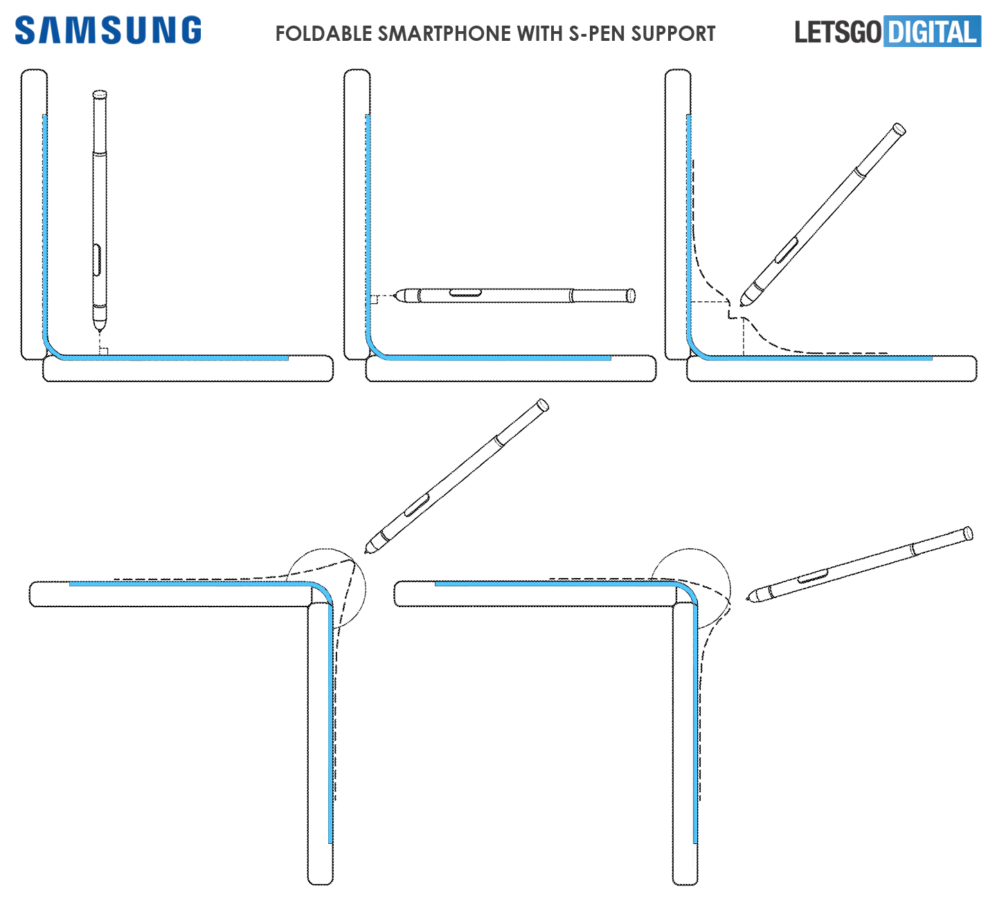 Galaxy Fold 2 does not have any information about the release date. It is claimed that the Galaxy Fold 2 will have an 8-inch screen and S pen input, and will also be introduced at the “Mobile World Congress 2020” events. Of course, time will tell if these claims are true or not.

In fact, there have been some rumors recently that Samsung will combine the Galaxy Note and Galaxy S series. Considering these two series, the biggest difference is the S pen. The S pen slot in the updated Galaxy Fold may also be a decision Samsung has made to combine the series. However, Samsung did not come up with a clear explanation.