Jewelry, one of the oldest handicrafts and individual items of humanity, continues to be used in the same way today, after thousands of years of history. Well, how many years ago do the necklaces, which are among these jewelry, date back? To give a definitive answer to this question, it is quite difficult as it is necessary to dig all areas of the world and find the oldest and not yet extinct remains. While there are necklaces that are thought to have been worn even 150 thousand years ago, these necklaces were generally unworked necklaces.

The oldest of the necklaces that people made with their own hands was recently discovered. Archaeologists in Poland discovered the tip of a necklace worn exactly 41,500 years ago. The pendant made of mammoth tusks has the distinction of being the oldest engraved pendant discovered in Eurasia .

The patterns may mean something: 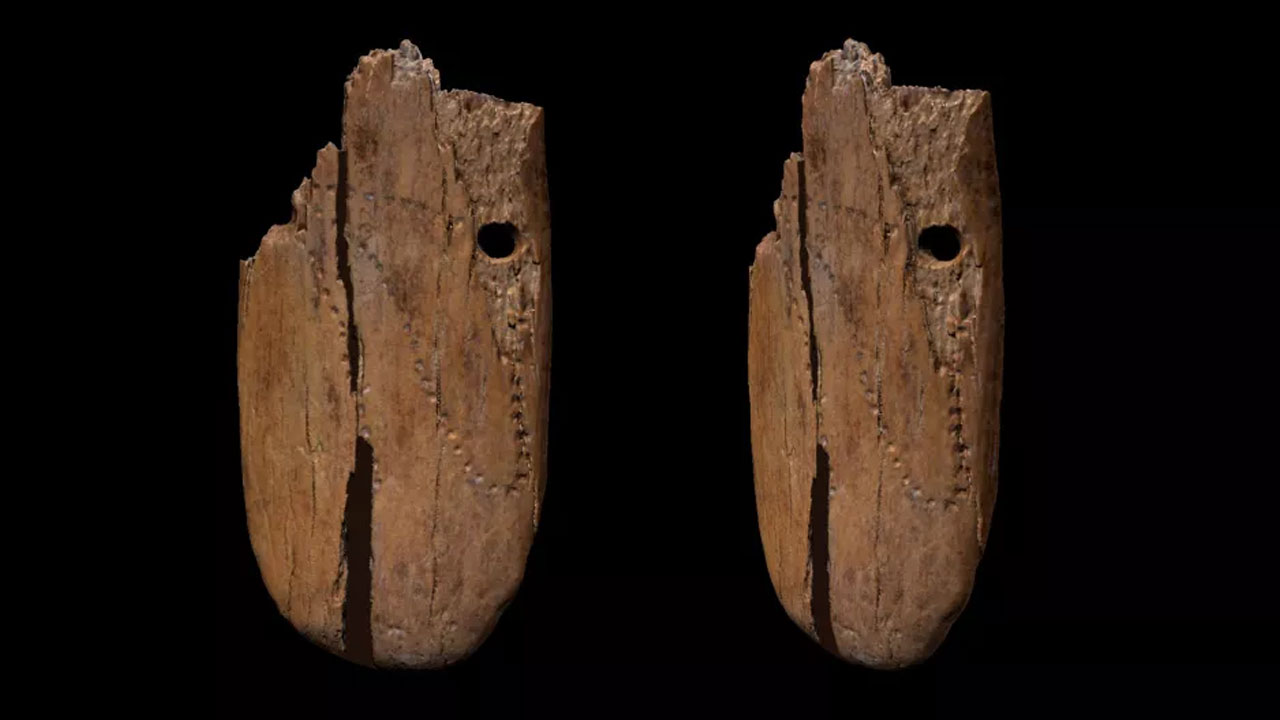 The pendant in two pieces was found in 2010 during excavations around Stajnia Cave, Poland. found. A recent radiocarbon dating method of the necklace showed it to be about 41,500 years old. In the research they published, archaeologists stated that there were more than 50 puncture marks on the pendant . It was also stated that each sign on it could have been made after a successful animal hunt or to indicate the cycles of the Moon or the Sun.

Although the fragment is thought to have been worn as a necklace around a person’s neck, archaeologists also said that this is not certain. Archaeologists noted that the necklace dates back to when anatomically modern humans first developed jewelry and other forms of body ornamentation around the world. Exactly why people started wearing jewelry remains a mystery.

Alongside this pendant, excavations in the same area also discovered an awl used to pierce things . The crochet hook in this discovery, also made in 2010, was made from horse bone and dated to the same time as the necklace.