Today, bad news came from the quarantined ship in Japan due to the Coronavirus spreading from Wuhan, China.

Japanese Health Minister Katsunobu Kato announced that 39 of the 53 people who were last tested on the ship had a coronavirus detected. 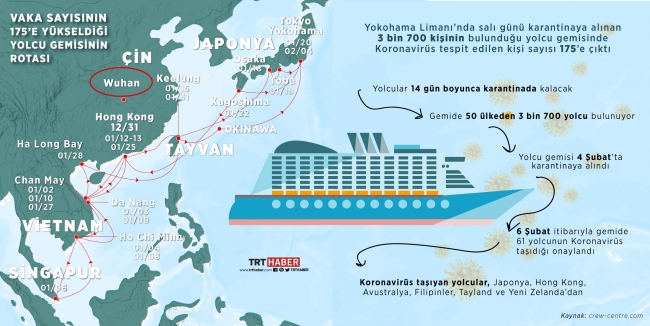 Loss of life increased to 114 thousand in coronavirus outbreak in China
In addition, apart from 39 people, it was stated that 1 quarantine officer was also infected, while all new cases detected would be referred to health institutions.

It was announced that the quarantine on the ship, which was quarantined in Japan, would end on February 19, after a Hong Kong passenger was found to have coronavirus after leaving the ship.

Whether the quarantine period will be extended or not remains uncertain.