A group of hackers recently made a striking claim about Yemeksepeti, which was exposed to an attack that revealed the information of 21 million people. This time, it was claimed that the size of the attack was much larger. Hackers were saying that they had captured 60 million Yemeksepeti users name, surname, phone number and address .

Yemeksepeti announced that there was no hacking incident in the statement it shared after the allegations. In addition, Yemeksepeti filed a lawsuit against İbrahim Haskoloğlu and a few other journalists, who voiced the allegation and openly showed that their information was revealed. Thereupon, the hackers stated that they were more angry with Yemeksepeti and shared the phone numbers, addresses and surnames of 20 thousand users publicly .

The effects of sharing are starting to be seen: 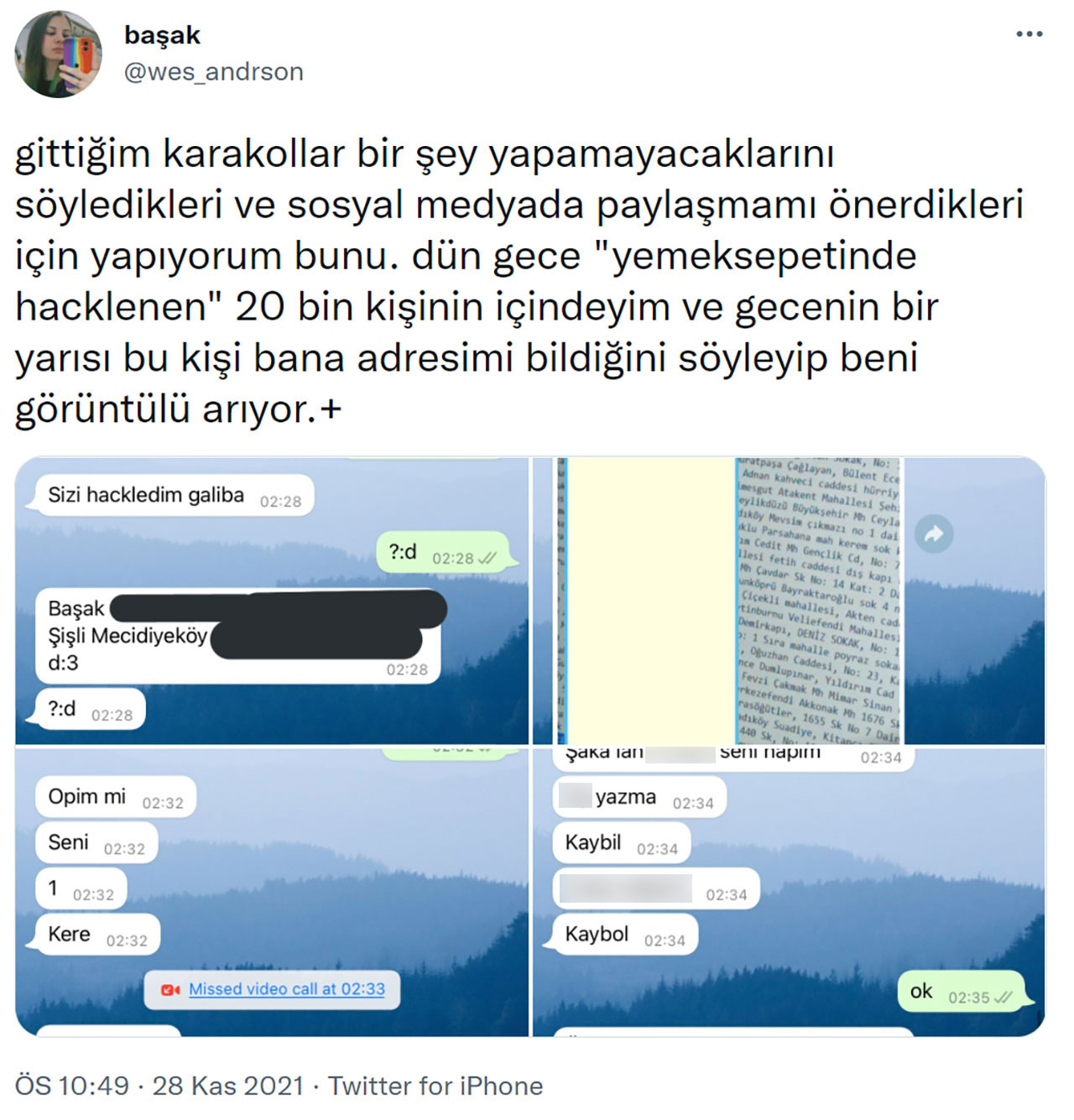 A user named Başak on Twitter is among 20 thousand people whose personal data are shared openly was located. Başak showed the messages she received from a person at midnight in the screenshot she shared. In messages sent by a person he did not know, his home address was sent to him and he was cursing and calling himself on video.

The chat footage shared by Başak was as follows:

He went to the police, with no results:

Başak, who went to the police station after the incident, stated that the police said they could not do anything about it and they suggested sharing the issue on social media. On the other hand, the police also said, “ Someone you obviously know. ”.

Yemeksepeti said there is no data breach: 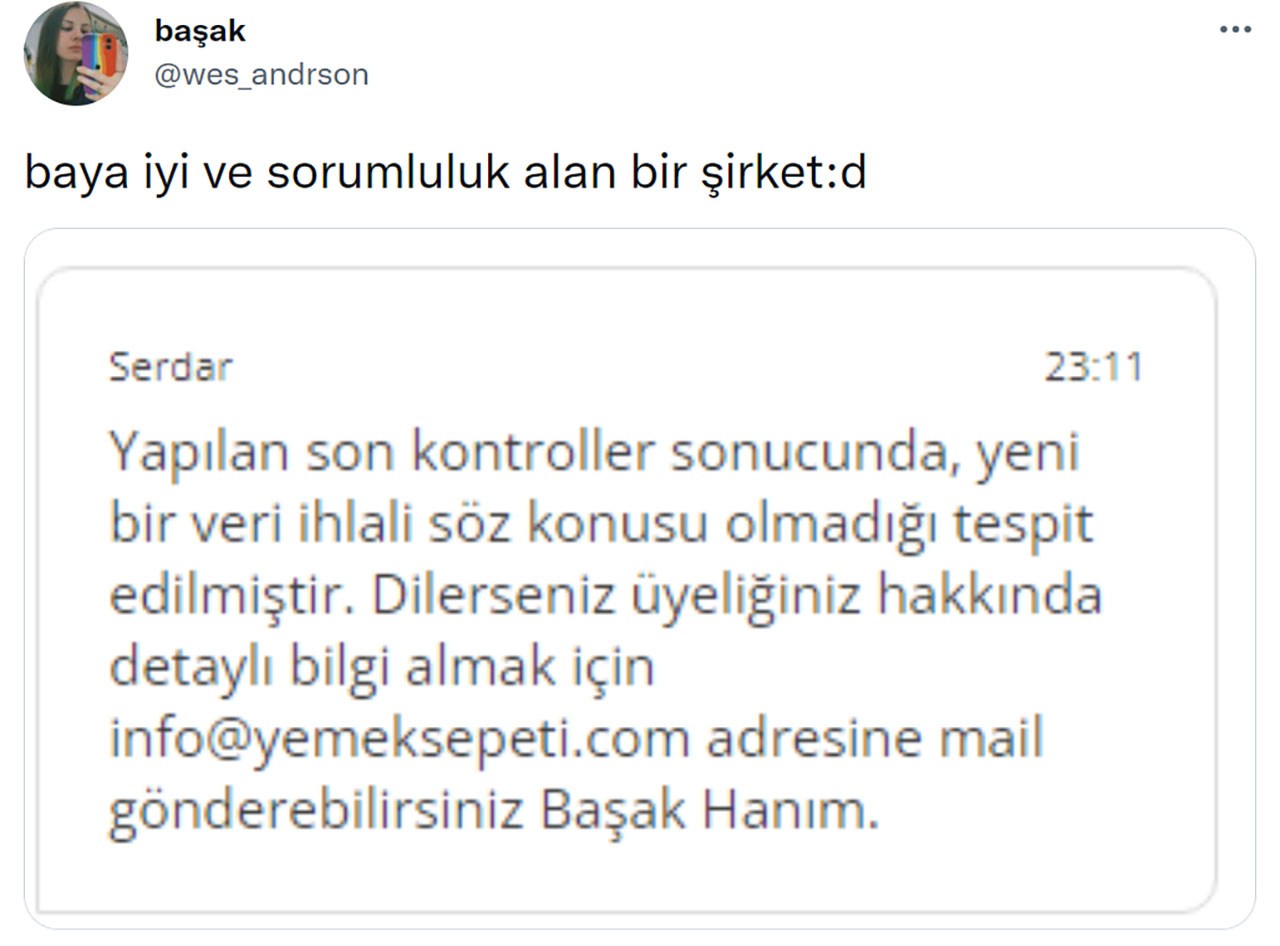 Başak then contacted Yemeksepeti’s live support. Yemeksepeti stated that they found that there was no new data breach , even if his address was thrown away by someone he did not know by reaching his phone. The incident naturally increased the pressure on Yemeksepeti to make a statement on social media again. Likewise, KVKK was asked to take action on this issue.

The dinner basket is all that Despite the end, he continues to maintain his silence.