Google has unveiled the first of Android Go’s phones, a lightened version of the Android operating system, to be shipped via the Google Blog for the upcoming 2018 Mobile World Congress (MWC). Shortly after this announcement, GM 8 Go, the first smartphone with General Mobile’s Android Go operating system, known for its price/performance phones, was the first to appear. 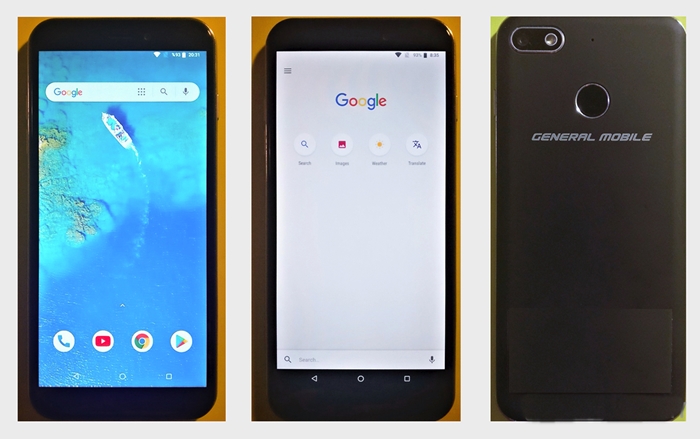 According to the leak, General Mobile will introduce both Android Go and Android One smartphones at MWC 2018. The design of the GM 8 Go, the Android Go smartphone, was first shown. The device, which has a completely plastic body, can be said to have a standard entry-level smartphone design.

With a 1GB RAM capacity, the GM 8 Go will take power from the MediaTek MT6739 processor and will have 16GB of internal storage. The GM 8 Go has a 5.03 “HD resolution display with 18: 9 format and 320 PPI pixel density. It can not be said that the entrance level is definitely a bad screen.

Behind the device is a horizontal camera module similar to the iPhone 8 Plus. However, the device has a single camera at a resolution of 13MP and has a dual tone LED flash next to the camera. The device’s selfie camera is at 5MP resolution. The GM 8 Go can offer a very good charge life compared to its 3500mAh battery.