The 100 most valuable companies of 2019 were announced. Apple recently introduced a new generation of iPhone family, with a brand value of $ 234 billion in the first place, followed by Google with $ 167 billion and Amazon with $ 125 billion.

Interbrand, the brand consultancy arm of Omnicom, one of the world’s largest advertising agencies, announced the 100 most valuable brands of 2019. The top 10 ranks of the list, dominated by US technology giants, are Apple, Google, Amazon, Microsoft, Coca-Cola, Samsung, Toyota, Mercedes, McDonald’s and Disney.

Social media giant Facebook, which is usually in the top 10, has declined to the 14th step due to the recent privacy scandals. Facebook, the fastest-growing company of 2016, rose by 7 steps and became the eighth-place just a year later. Interbrand also states that the brand value of the US social media giant, which was $ 48 billion in 2017, has dropped to $ 40 billion today.

40 companies with the highest brand value: 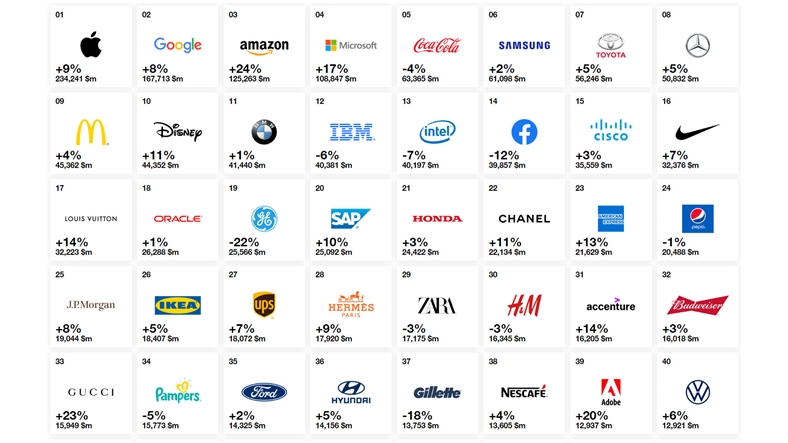 Nokia is the most heartbreaking table on the list. The Finnish company, once the largest telephone manufacturer in the world, was out of the top 100 this year. In spite of all its success, Elon Musk’s electric car company Tesla, which has performed tremendously recently, has failed to enter the club of the 100s.

Chinese technology giant Huawei, under the heavy marking of the Donald Trump government, entered the list at # 74 and remained in the top 100; however, the Shenzhen-based company’s brand value fell by 9 percent to $ 6.9 billion last year 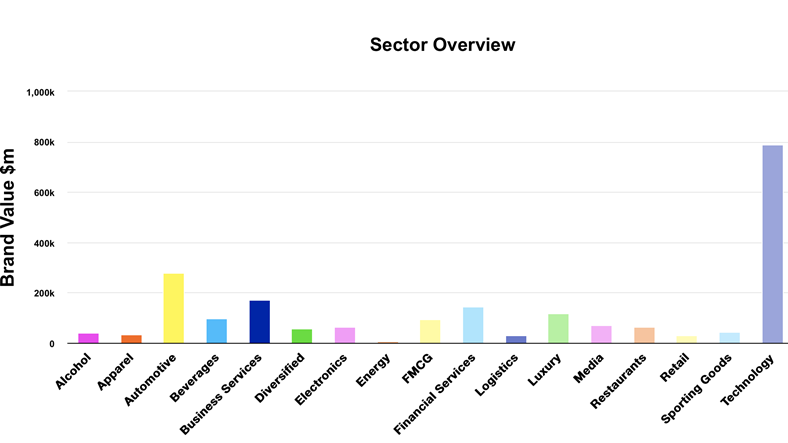 Interbrand says that the total brand value of the technology sector has reached $ 790 billion, adding that the next largest sector worth $ 279 billion is about three times that of automotive. The biggest slices of this huge cake are the first four brands.