When playing Marvel’s Guardians of the Galaxy on PC, gamers can experience the game with higher detail levels up to 8K HDR, unlimited frame rates, and all the other benefits of the PC platform, such as ultra-wide, multi-monitor and variable refresh rate G-SYNC gameplay. For a sharp experience, Marvel’s Guardians of the Galaxy can be played on a GeForce RTX desktop or laptop with RTX turned on. Graphics improve with ray-traced transparent and opaque reflections, and performance increases up to 2 times with NVIDIA DLSS. 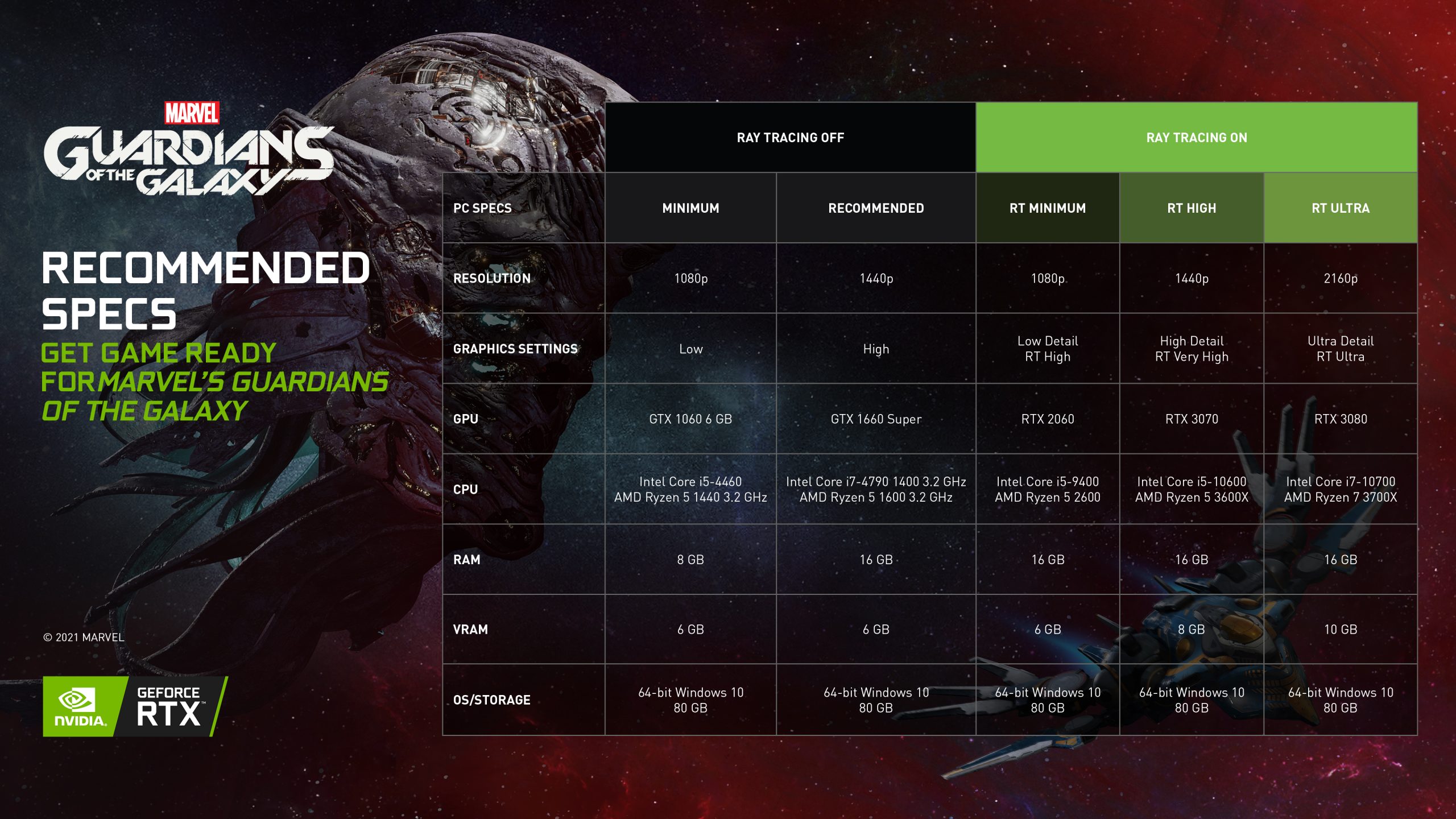 As a special bonus, GeForce RTX players can unlock Star Lord’s Sleek-Lord Outfit from the beginning of the adventure with GeForce Rewards.

Another important aspect of NVIDIA Game Ready drivers is that they are often used as a distribution mechanism for GeForce users to add new features. This Game Ready driver adds NVIDIA DLSS support for the 64-player PvP melee multiplayer game Torn Banner Studios’ Chivalry 2. Today Chivalry 2 is getting a performance upgrade by introducing NVIDIA DLSS in a new update that improves performance by up to 45% and allows all GeForce RTX gamers to play in 4K above 60 FPS with maximum settings enabled. 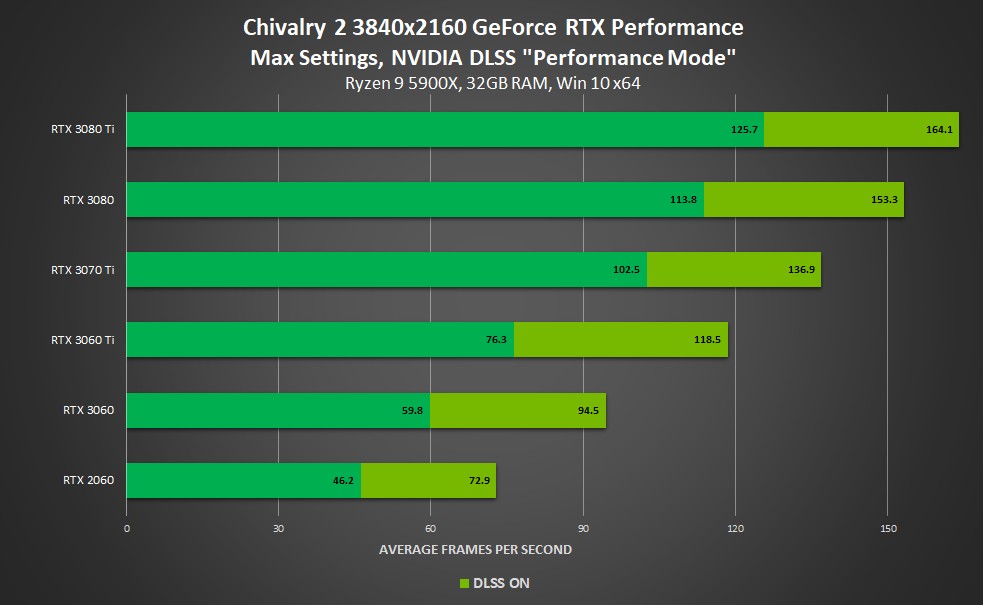 NVIDIA Game Ready Driver for Marvel’s Guardians of the Galaxy also adds other features, including: