A professor at New York Technical University, who frequently creates controversy with his statements, Prof. Dr. Celal Şengör received a great reaction with a video that came to the fore again on Twitter the other day.

Telling about a ‘memory’ he had with a student, Şengör said with a smile on his face. He got so angry that I removed Saniye’s skirt. I slapped your ass. This horrified. I looked at him like this. I said look at me, did your father do this? He told me that even my father did not do this. I said heh, it’s incomplete, now it’s complete“, this moment, which he described, also terrified the viewers of the video. After the video became a hot topic on Twitter, there was a lot of reaction to Şengör. 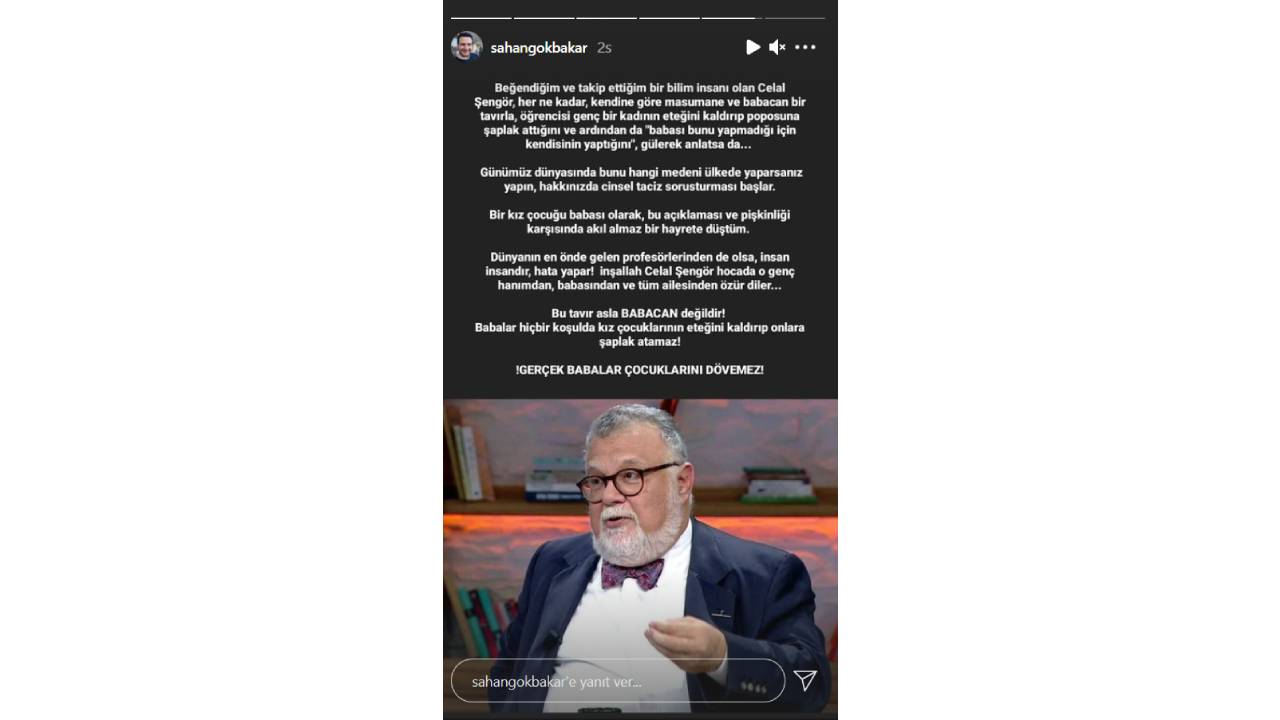 However, of course, the incident that Şengör described in the video is not harassment, There were also those who thought that it was a paternalistic act and that it was ‘normal’. Şahan Gökbakar also gave a reaction to this incident, which we do not know if we are surprised whether it is considered normal to lift a grown woman’s skirt and ‘smack her ass’ or be told with a laugh.

”This attitude is never paternal”:

“Celal Şengör, a scientist I admire and follow, in an innocent and paternalistic manner, although his student laughs that a young woman lifted her skirt and spanked her butt, and then ‘he did it because his father didn’t do it’. . .

In today’s world, no matter which civilized country you do this in, about you. sexual harassment investigation starts.

As the father of a daughter, this statement and in the face of bloating I was utterly stunned.

Although one of the world’s leading professors, man is human, he makes mistakes! Hopefully, Hodja Celal Şengör apologizes to that young lady, her father and all her family. . .

This attitude is never FATHER!

Under no circumstances can fathers lift their daughters’ skirts and spank them!