Today’s largest game and player platform Steam hosts millions of players every minute. However, especially during discount periods, the number of instant players on Steam can also skyrocket. Players who add brand new games to their library are enjoying their new games.

Since the popularity of video games continues to increase in the world, Steam breaks new records in the number of instant players every year. This time, the platform managed to break its new record during the Autumn Sale period, which is currently ongoing and will end on December 1st. Steam hosted 27 million 384 thousand 959 players simultaneously .

A new record has been broken on Steam: 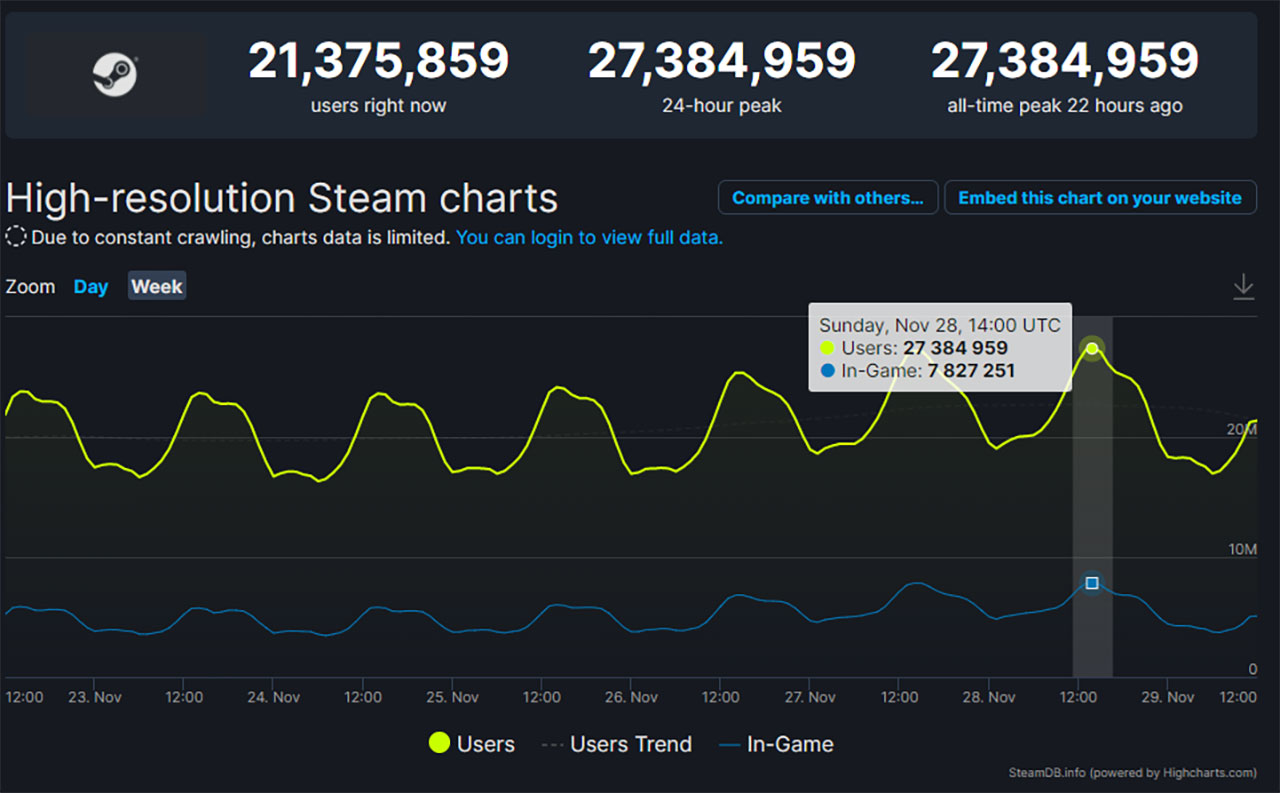 According to all information on the Steam Database, the platform was released on November 28 at 16:00 hours 27 It hosted more than a million players. The increase in the number of players in the same hour every day was also an indication of when the players were most active. On the other hand, when we look at the current graph, we can say that it is not impossible for Steam to break a new record today.

Steam broke the previous instant player count record on April 1, 2021. On this date, a total of 26 million 922 thousand 926 players were found on the platform simultaneously . Finally, according to the information on SteamDB, as of the moment of writing this article, 21 million 375 thousand 859 players are online on the platform.

So which games were played the most?