by Michael Lewis 2 weeks ago2 weeks ago
5kviews
335

NASA announced on Sunday that the SpaceX Crew-3 International Space Station mission has been delayed again, and the launch will take place on November 10. The delay is attributed to bad weather conditions and a “minor medical issue” with one of the crew members. SpaceX stated that there is an 80% chance for good weather conditions on the new date.

Initially scheduled to launch on October 31, Crew-3 was commissioned to carry three astronauts, NASA’s Thomas Marshburn, Raja Chari and Kayla Barron, and Matthias Maurer of the European Space Agency to the ISS. 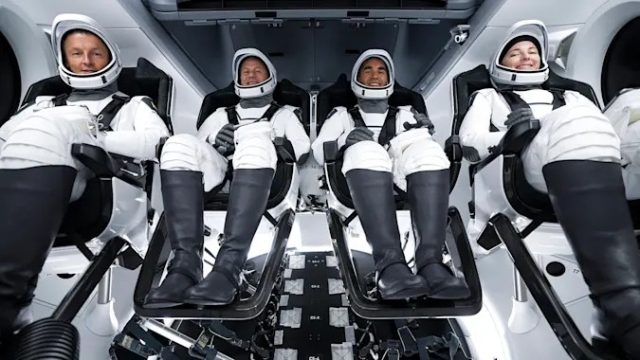 With this mission, SpaceX will make its third flight as part of NASA’s Commercial Crew Program. If the launch is successful, this will be the fifth time SpaceX has sent humans into orbit. Elon Musk’s company first sent two NASA astronauts to the ISS in May 2020.

Delays are common in space flights, including Crew Dragon flights, but the Crew-3 mission has suffered more than expected given the weeks of mishaps. Finally, let’s note that NASA will broadcast this process live on YouTube and its website.