, known for his statements about the US-based technology giant Apple , Mark Gurman made statements about a new product that the company is working on. According to the statements made by Gurman, Apple continues to work on a new wireless charger. This charger is designed to charge simultaneously an iPhone, an AirPods and an Apple Watch .

Mark Gurman has made similar statements in the past, but there has been no development on this issue from Apple’s front . The company only expanded MagSafe, its next-generation wireless charging technology, allowing simultaneous charging of an iPhone and an Apple Watch . The new claims mean this could be further expanded.

“Apple wants all its major devices to charge each other” 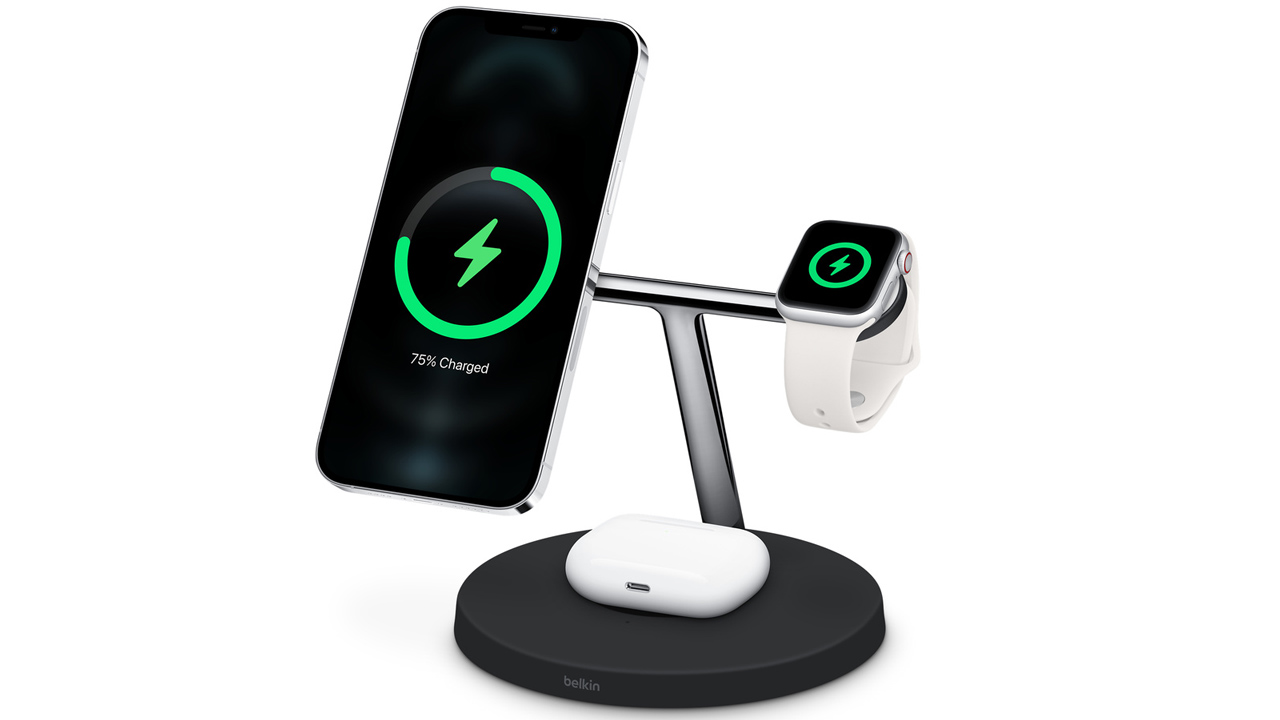 *Three-in-one MagSafe by Belkin You see the charging stand.

According to Gurman, Apple doesn’t just work on a three-in-one wireless charger. The company wants to establish an ecosystem where all its major devices can wirelessly charge each other. ” Imagine that an iPad charges an iPhone and an iPhone charges an Apple Watch or an AirPods…” says Mark Gurman, Apple’s dream ecosystem explained with these words.

As a matter of fact, Apple established the infrastructure for devices to charge each other with MagSafe . For example, the product called MagSafe Battery Pack charges when an iPhone is plugged into a wired charger. Mark Gurman’s remarks mean that Apple wants to expand its existing technologies to establish much more effective technologies .