Voro Motors introduced the new ultra-fast scooter Wolf King, which can accelerate to 80 kilometers in 4.8 seconds. Wolf King, which does not look like an off-road vehicle with its equipment, will be offered to users for 2 thousand 999 dollars as of April.

US-based motor and scooter manufacturer Voro Motors is among the names that produce the fastest scooter models in the world. The new scooter named Wolf King, which was recently launched by the brand, is enough to destroy the perception of classic scooters thanks to its speed.

Wolf King has a driving range of 80 kilometers

Before moving on to the Wolf King features, it is worth noting that the new scooter is designed not only for clean asphalt, but also for off-road. With its aluminum body, hydraulic shock absorber and off-road tires, Wolf King performs successfully even in difficult terrains.

Wolf King, which has a 72V 28Ah battery, provides a full charge in as little as five hours thanks to its double charging feature and provides a driving range of 80 kilometers on a single charge. The scooter, which can go even on uneven roads with a 45 degree angle, can convey information about the scooter to the driver thanks to the LCD screen positioned on the handlebar side. 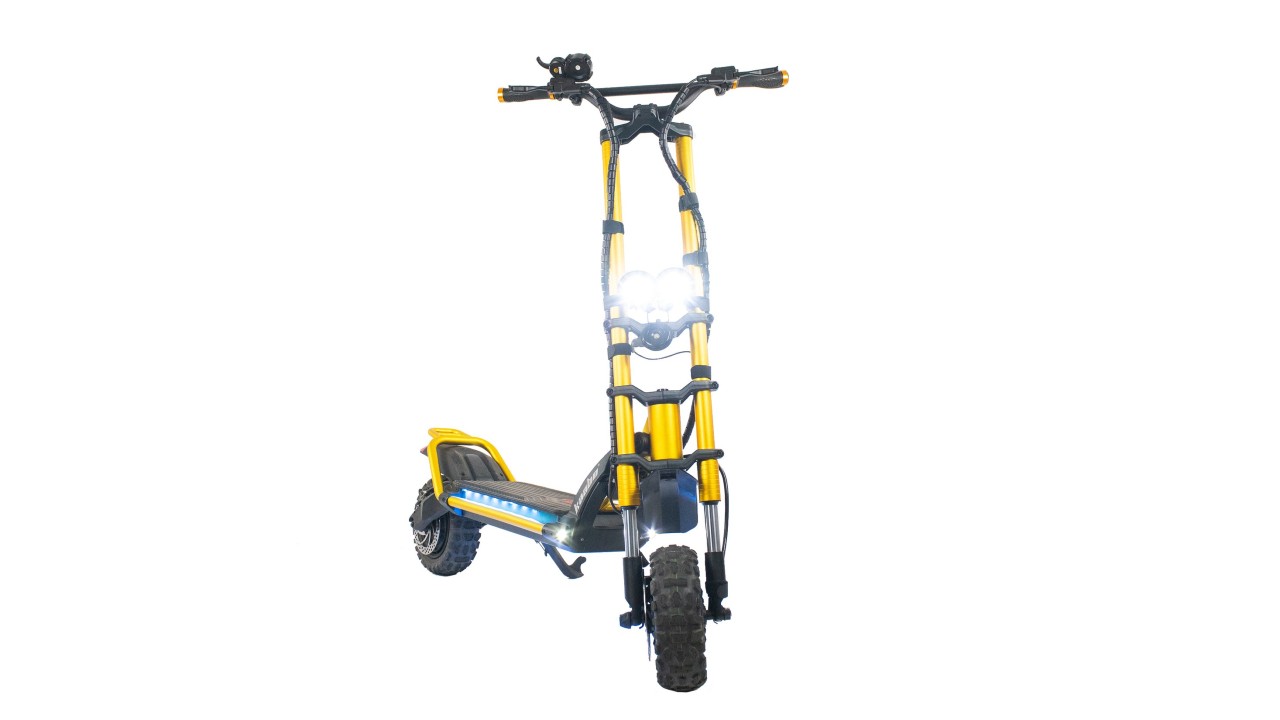 The Wolf King is currently priced at $ 2,999, but Voro Motors does not plan to release its new models until the end of March. The company demands a deposit of $ 100 for sales starting in April.

Of course, such a fast scooter should not approach like normal scooters. Although it is a scooter named Wolf King, it is a model that should be taken at a high level with security measures thanks to its speed. In other words, whatever equipment should be worn on a normal motorcycle, the same precautions must be taken in Wolf King.