Samsung adds a new one to its smartphone models. The technology giant, which has been on the agenda with the price of the Galaxy S21 FE in the past days, seems to be trying to handle its business quietly this time. Wanting to add a new member to the Galaxy series, Samsung introduced the ‘Galaxy A03’ model phone today.

Samsung’s new smartphone, introduced as Galaxy A03, is known as a ‘low price’ model, just like its predecessor . The company did not make any statement about the price of the device in its promotion today, but a few innovations stand out among its features. A03, like the previous phone of the series , has a 6.5-inch HD+ resolution Infinity-V display . But we see a difference in his camera. Galaxy A3 , which will be offered to users with dual cameras , has 48 MP main camera and 2 MP depth sensor . The front camera of the device is 5 MP . 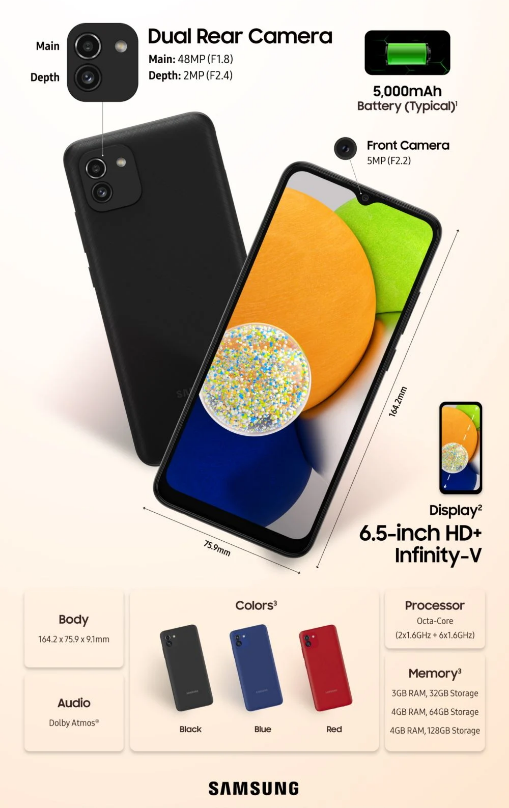 A03, which is very similar in size to Galaxy A02 , may take its place on the shelves before the end of this year. Since there is no price announcement by the company, the America price is naturally unclear. However, new information about the Samsung Galaxy A03 introduced today is likely to come to light in the coming days. Stay tuned to our site for developments.