Only a few months after Samsung introduced its newest flagship series Galaxy S21, news began to come in that a new phone would be included in the series. Just like the Galaxy S20 series, this model, which is thought to be a budget-friendly FE model, has more affordable prices. Galaxy S21 FE

It was thought to be released under the name .

Today, something has happened that confirms these predictions. on Samsung Mexico official website A phone with the name Galaxy S21 FE has been displayed. This phone, whose page has not been created yet, is featured on the site with the text ‘Learn more about Galaxy S21 FE’. When clicked, it directs you directly to a page where members of the Galaxy S21 family are compared. Of course, this page was removed in a short time and there is currently no information about the Galaxy S21 FE on the site.

The phone is expected to be introduced in late summer: 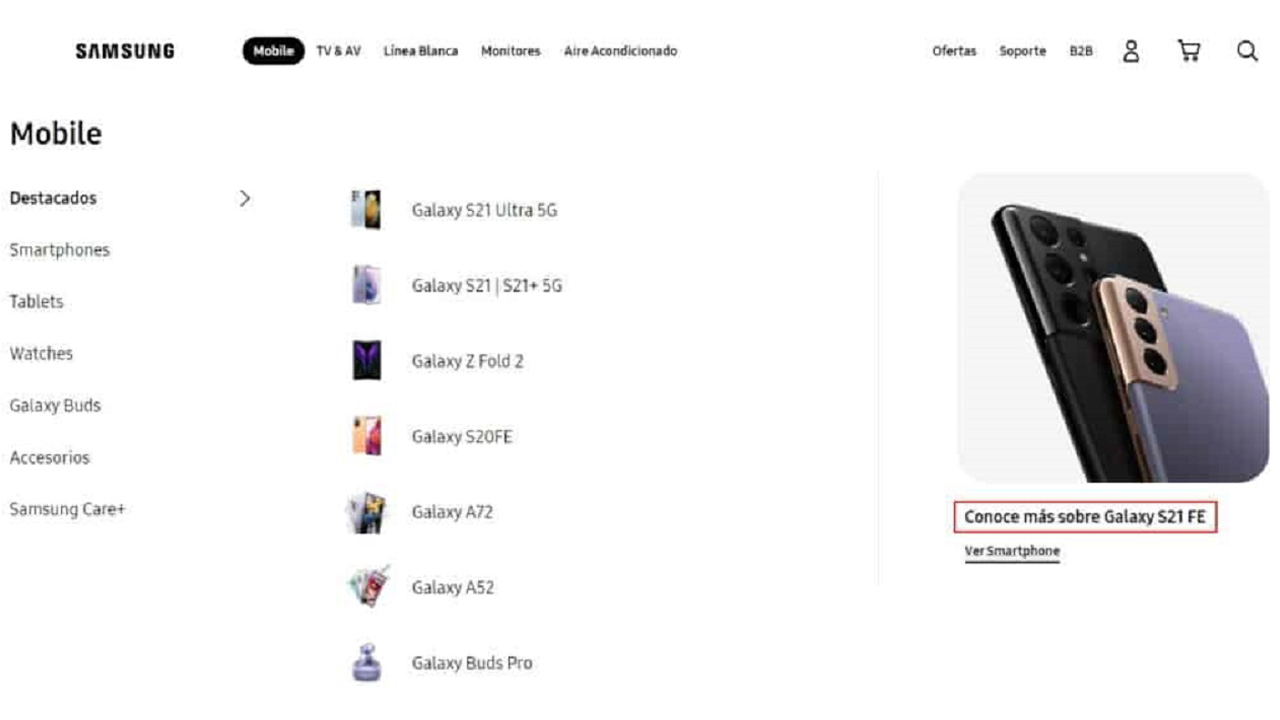 There is no official statement from Samsung about the Galaxy S21 FE yet. Therefore, we know almost nothing about the phone. But as you can imagine, there were some leaks. For example in the past weeks first images of the phone had appeared.

The Galaxy S21 FE, which is thought to come with a 6.4-inch screen, is expected to be almost the same as the Galaxy S21 in design. The only difference between them is Galaxy S21 FE will come in bigger size

It looks like . Other than that, the only thing known about the phone is probably will appear at the end of the summer. Until then, our eyes will be on new information that will emerge and we will be sharing the information with you as it comes.