Galaxy S20 FE became very popular last year thanks to its affordable price tag and versatile features. After receiving such a good return on the phone, the company decided to manufacture and launch the continuation of the smartphone lineup. Accordingly, the Galaxy S21 FE, the successor to the Galaxy S20 FE, is expected to be released in the next few months. At this point, an incident supporting the expectation occurred and Samsung mentioned the Galaxy S21 FE on its website.

GalaxyClub states that Samsung Mexico’s website has mistakenly mentioned the Samsung Galaxy S21 FE and has confirmed the existence of the device. While the idea that there might be a typo error comes to mind at first, the fact that the company rarely makes such a mistake raises the question. The posted link currently points to the Galaxy S21 series, but this may be part of Samsung’s preparations for the launch of the Galaxy S21 FE. 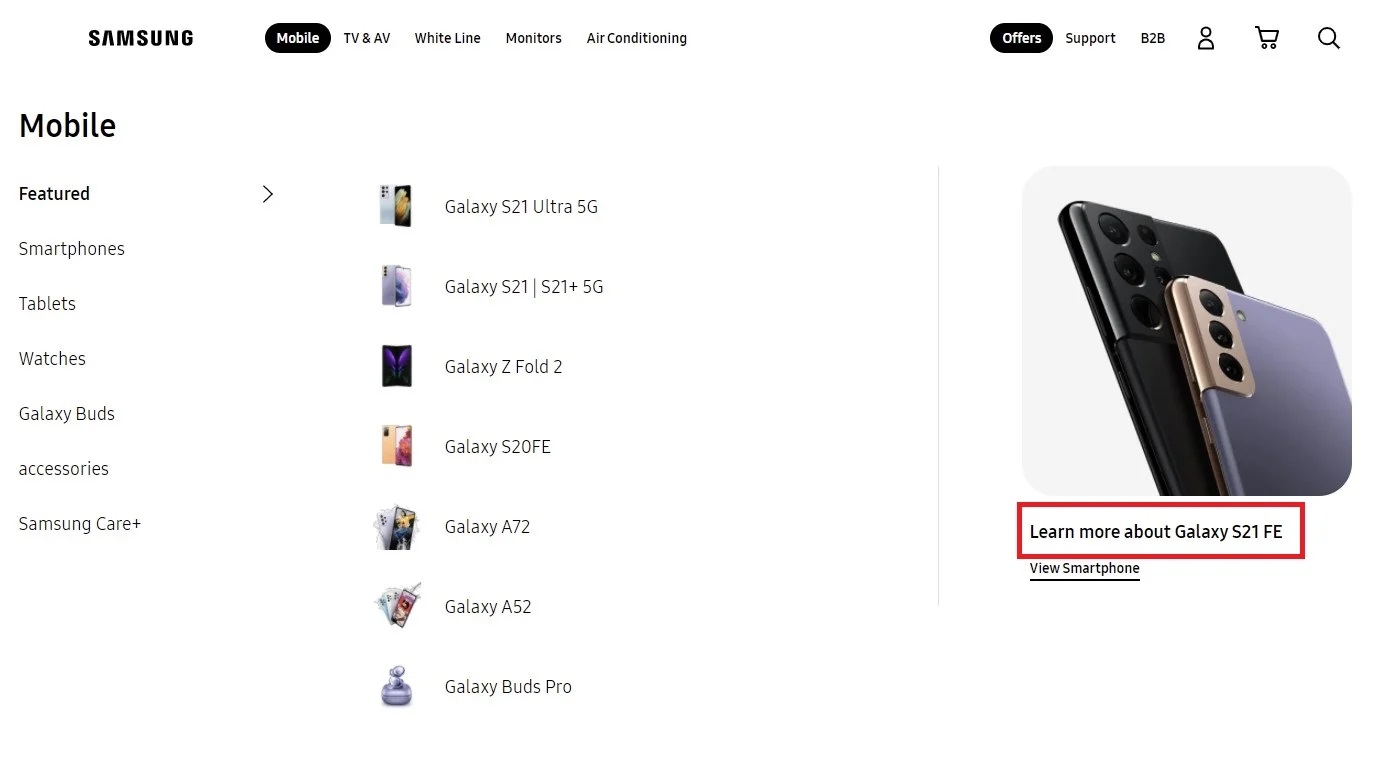 Some of the features and designs of the Galaxy S21 FE have already leaked. We can expect the phone to have the same camera array design as the Galaxy S21, based on leaked 3D CAD images. However, it is thought that the Galaxy S21 FE may have used plastic instead of metal, unlike the S21. In addition, it is known that the SM-G990B serial number, which appeared in February, belongs to the Galaxy S21 FE.

The upcoming new eligible prices will include the top-end smartphone, a 120 Hz Super AMOLED Infinity-O display, Snapdragon 888 or Exynos 2100 processor, 6GB / 8GB RAM, 128GB / 256GB internal storage, and a 4.500 mAh battery capacity. There will be a triple camera setup on the back of the smartphone. The new phone will be available in at least five different colors and the color options are for now; It is designated as gray, light green, pink, purple and white.

Finally, let’s point out that the Galaxy S21 FE is expected to be released in August 2021.